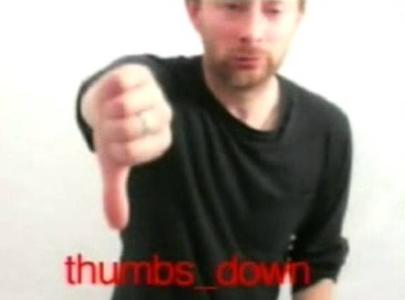 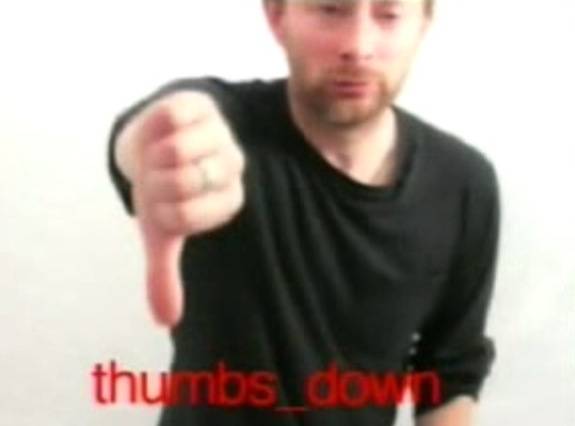 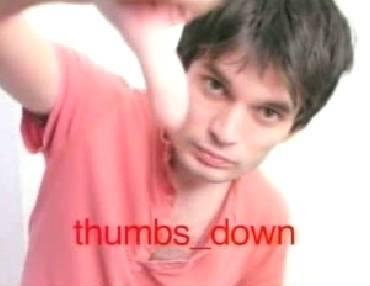 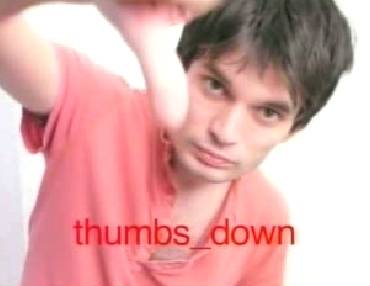 The webcast, entitled 'Thumbs_Down" started off with the band doing a
live version 'Bodysnatchers'. Adam Buxton 'introduced' the band and Nigel
Godrich when coming out of the studio. Followed by a clip from the film
'Seven' where the actors opened a box which contained Thom Yorke's head
singing '15 Step'.

Up next was recording of Thom Yorke and Jonny Greenwood playing 'Faust
Arp' outside and then the camera was switched back to the studio for a
live performance of the band doing a cover of The Smith's 'The Headmaster
Ritual' Later on Ed O'Brien was back at DJ decks spinning (and dancing
to!) Asian Dub Foundation, Kings of Leon and Kenny Rogers.

Thom said: "This is Thumbs Down cause it's … [holds thumbs down]… We're
gonna play some music as we can still stand up. This our way of celebration
the fact that way have finished a record. We're been doing some stupid
stuff the past few weeks knocking some things together. Don't expect any
high quality cause there isn't any."

Next up was a pre-recorded video of Radiohead performing 'Jigsaw Falling
Into Place' in the studio with each member wearing helmets with cameras
on them. Then another live performance of 'Reckoner' followed.

Colin and Jonny Greenwood continued with a short DJ set. Followed by
another cover song performed by the band: 'Ceremony' from Joy Division/
New Order. After a DJ set from Phil Selway Thom announced the rebroadcast
of their earlier recorded cover of Bjork's 'Unravel'

List of songs they played in their DJ sets: