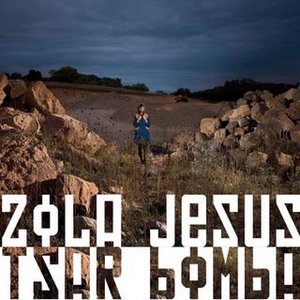 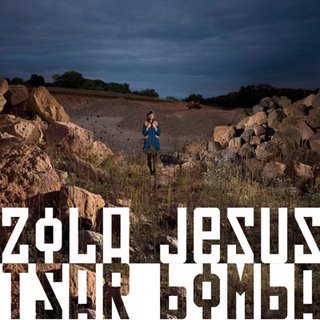 Zola Jesus is the musical name of Madison, WI’s Nika Roza Danilova, who crafts dark, lo-fi music dominated by her operatic vocals and keyboards. Danilova showed an interest in singing early on, buying voice lesson tapes and opera sheet music at age seven; soon after, she began working with a vocal coach for the next decade. Anxiety and the competitive nature of opera caused her to stop singing for a couple of years, but missing that form of expression spurred her to begin Zola Jesus. Inspired by high-school favorites like Diamanda Galás, Lydia Lunch, Throbbing Gristle, and the Swans, Danilova made cathartic home recordings using keyboards, drum machines, and anything else she had on hand. Her first officially released music included a couple of 2008 7"s: the Poor Sons EP on Die Stasi and Soeur Sewer on Sacred Bones. In 2009, Zola Jesus became one of the most talked and blogged-about underground artists, and her release and touring schedule reflected that: along with the full-length The Spoils, she also released the Tsar Bomba EP on Troubleman, New Amsterdam on Sacred Bones, and an untitled, limited-edition vinyl album and a split release with Burial Hex on Aurora Borealis. For her live band, she recruited her cousin Dead Luke to play synths, bassist Lindsay Mikkola, and drummer Max Elliott. Danilova also played in the group Former Ghosts, which featured Xiu Xiu’s Jamie Stewart and Freddy Ruppert. (AMG)