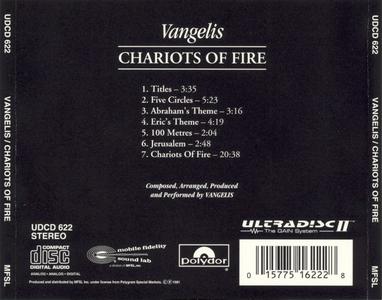 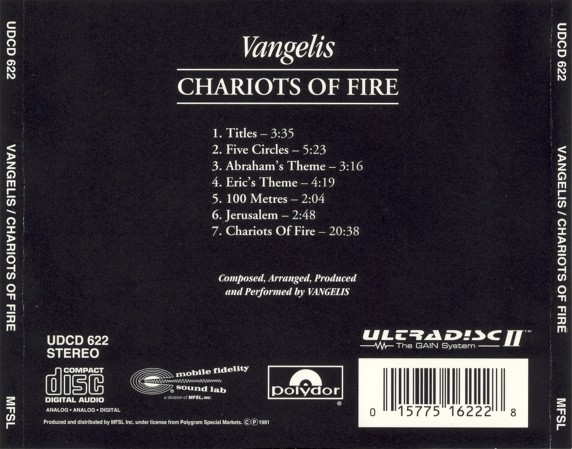 Original Release Info:
Original score composed and performed by Vangelis.
Recorded at Nemo Studios, London, England.
While only serious film buffs are likely to recall Hugh Hudson's role as the director of the Oscar-winning CHARIOTS OF FIRE, the Greek composer Vangelis became, and remained, a household name with his soundtrack for the 1981 film. At the time, the theme song was parodied as being excessively saccharin.
Indeed, with titles such as "Five Rings" and "100 Metres," the album wears its Olympian heart on its sleeve. Nonetheless, CHARIOTS OF FIRE is often a brooding work, and if the prevailing memory of this album is one of slow-motion runners and heady triumph, Vangelis's synthesizer work often conveys a sense of isolation and lost glory.


Listening! You can hear a difference! Enjoy it!