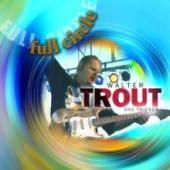 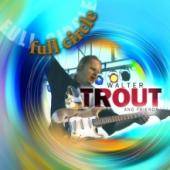 
About the Artist
Born in 1951 and raised in Ocean City, New Jersey, Walter Trout felt the calling to music at a young age. Hearing the album "THE PAUL BUTTERFIELD BLUES BAND" cemented Walter’s musical ambitions towards the blues genre and the electric guitar. As a shy teenager growing up in a turbulent household, his singular solace became his rapidly developing ability to express his feelings playing the guitar and his vision of becoming a professional musician.
In his late teens and early twenties, Trout played in numerous New Jersey bands, and in 1973, he packed up his belongings in a VW Beetle and drove cross-country to California, arriving in Los Angeles with only a few changes of clothes and his guitars.

He developed into an ace sideman, befriending and backing California blues artists, often being the only "white boy" in the black neighborhood clubs. His technique accelerated rapidly as he played with Finis Tasby, Pee Wee Crayton, Lowell Fulsom, and Percy Mayfield, among others. Walter often teamed with Hammond B3 wizard Deacon Jones and the apprenticeship continued in the bands of John Lee Hooker, Big Mama Thorton and Joe Tex.

By 1981, Trout’s reputation led to the invitation to join venerable blues rock band Canned Heat, where he remained through 1984. When the call came to join the legendary John Mayall’s Bluesbreakers, Trout jumped and found himself sharing the spotlight with fellow guitarist Coco Montoya. Trout and Montoya lifted the band to a new level, as Mayall’s Bluesbreakers enjoyed unprecedented album sales and high profile tours in the US and abroad.

In 1989, he felt he had more to give than a few blazing solos as a side man - he gathered musicians he knew from Los Angeles and started The Walter Trout Band, which quickly segued into immediate extensive touring of Europe, where he had several radio hits and charted with his unique style of blues rock. His commercial and critical success in Europe kept him so busy outside of the US that his arrival back home found him only resting to go back to the frantic pace his popularity demanded overseas. Like many American blues and roots-music artists, Walter Trout had developed an incredible following in Europe, but came home to little fanfare.

Amazingly, the self-titled WALTER TROUT, released by Ruf Records in 1998 was his first "official" domestic CD. Shortly after, the band renamed as Walter Trout and The Free Radicals and began an extensive touring pace stateside, steadily building a fan base and bringing their high energy, impassioned live performances back home. To date Ruf Records has released 7 titles in the US and Walter has continued his frequent touring, splitting time more evenly between continents.

Whether he’s on stage in front of 50,000 people, or performing in a small club for a couple hundred – what matters to Walter Trout is reaching people’s hearts through his artistry and relaying the passion he has for all the musical styles which shape his sound.

Product Description
With the release of FULL CIRCLE, Walter Trout has realized a long held dream – to invite musician friends from his 35+ year career together to compose and play together. His first new studio release in five years, FULL CIRCLE reflects Walter Trout’s remarkable story, from his humble beginnings as a sideman in many a blues legends’ band through his rising solo star, arriving as one of blues music’s beloved interpreters.

The project is a full circle in time and place, a journey through the range of styles that represent the blues music genre – a celebration of where the blues world is, where it has been and where it’s going.

FULL CIRCLE is the most accomplished and satisfying release of Walter Trout’s discography, and demonstrates his passion for music is just as great today as it was when he started playing as a teenager more than 35 years ago. He considers the new album a tribute to the people and the times that have helped shape his musical appreciation, demonstrating how the many styles within the blues genre can co-exist and mutually enhance each other without fight for rank or authenticity.