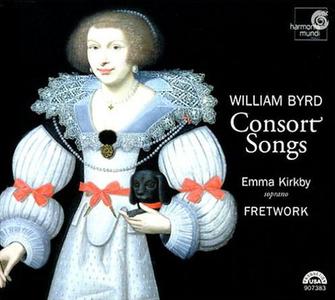 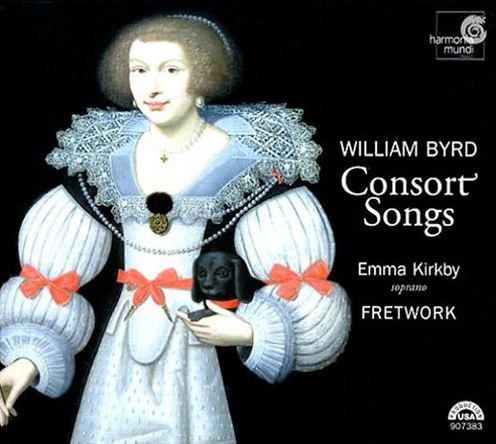 The stature of William Byrd the church musician has somewhat obscured his pioneering work in the more intimate genre of consort song for solo voice with string accompaniment. Early-music star Emma Kirkby joins forces with Fretwork to present this wide-ranging selection of Byrd songs “of sundrie nature”. (Harmonia Mundi)

This is a well-filled, superbly played and recorded disc of William Byrd's enchanting Consort Songs, written for solo voice and strings. Early music icon Emma Kirkby is the expert soprano soloist in a dozen songs, ranging from underground tributes to Elizabeth I's doomed rival, Mary, Queen of Scots, to the religiously inspired "O Lord, how vain," to the comic. Two favorites among the latter are sure to be: "Content is rich," whose text explores the age-old phenomenon that no one's ever satisfied with their lot in life, and "My mistress had a little dog," whose last stanza parodies the pomp of a "royal trial." Kirkby excels in these, shading her voice and projecting the text with deadpan humor. But then, she's in fine form for the others too. Monotony is avoided the range of Byrd's music and by the crack viol ensemble Fretwork, which skillfully plays the often elaborate song accompaniments and offers five instrumental tracks of Byrd's consort music, delivered with panache.
(Dan Davis, Amazon.com)

More info and full tracklist at: Amazon.com or HarmoniaMundi.com


Overview of my previous AvaxHome uploads at My Blog