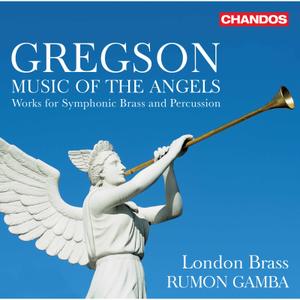 Edward Gregson began composing from a very early age, and his extensive output covers a wide range of musical sound-worlds. Music for film, television, and theatre sits alongside choral pieces and works for full orchestra. Having played in a brass band as a teenager, he has shown a special affinity in his compositions for brass throughout his career – both for brass band and for symphonic brass, which we celebrate with this new album. His seminal Quintet for Brass, Three Dance Episodes, and Aria for Philip mark his connection to the Philip Jones Brass Ensemble. 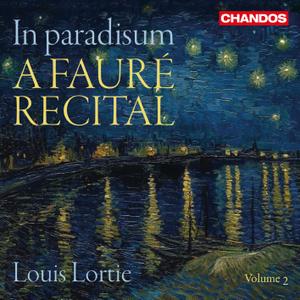 The Canadian pianist Louis Lortie returns with the second volume of his overview of the solo piano works of Gabriel Fauré. The two major works in this recital are the Ballade, Op. 19 and the Thème et variations, Op. 73. The earlier Ballade shows Fauré’s debt to Liszt, whilst the Thème et variations was modelled on Schumann’s Études symphoniques. The rest of the programme consists of shorter Nocturnes and Barcarolles, and is book-ended by the Pie Jesu and In paradisum from the Requiem – Fauré’s bestknown work – in transcriptions by Louis Lortie himself. 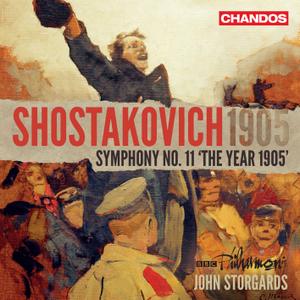 1905 was a year of revolutionary upheaval in pre-Soviet Russia. Shostakovich based this work on the events of one episode of that year, when thousands of workers and their families converged on the Winter Palace in St. Petersburg to petition the Tsar over their working and living conditions. The Tsar had been advised to leave, no-one was there to accept the petition, and the authorities resorted to cavalry charges to disperse the crowd. With 200 dead and 500 wounded, this incident damaged the Tsar’s reputation and flamed the fire of revolution in the masses.
Chandos Classical
Details 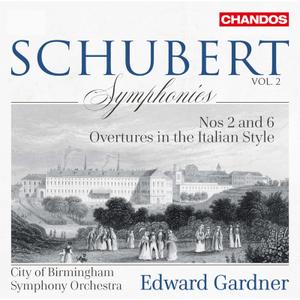 City of Birmingham Symphony Orchestra, Edward Gardner - Schubert: Symphonies, Vol. 2 * Nos. 2 & 6 & Italian Overtures (2020)
FLAC (tracks) 24-bit/96 kHz | Time - 75:49 minutes | 1.25 GB
Studio Master, Official Digital Download | Artwork: Digital Booklet
For the second volume in his Birmingham Schubert symphony cycle, Edward Gardner turns to the Second and Sixth Symphonies. Composed between December 1814 and March 1815, the Second Symphony is not only a response by Schubert to the works of Beethoven, and especially the Prometheus Overture, but also strives to push the conventional symphonic boundaries, most notably in the extended exposition of the first movement. Completed in February 1818, the Sixth Symphony was the first to be titled "Große Sinfonie" (grand symphony) by Schubert, a mark of his growing confidence in his work in the symphonic idiom. The two Overtures were composed at the same time as the Sixth Symphony, and are clearly modelled on the overtures of Rossini, whose music was all the rage in Vienna at that time.
Chandos Classical
Details 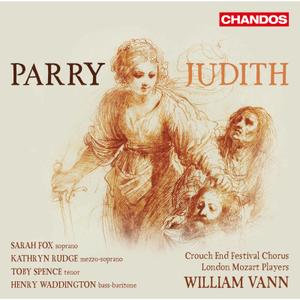 Sarah Fox, Kathryn Rudge, Toby Spence, Henry Waddington, London Mozart Players & William Vann - Parry: Judith (2020)
FLAC (tracks) 24-bit/96 kHz | Time - 130:53 minutes | 2.24 GB
Studio Master, Official Digital Download | Artwork: Digital Booklet
Recorded after the first London performance for over 130 years, Parry’s neglected oratorio here appears for the very first time. Having been commissioned by the Birmingham Festival, Parry decided to combine the Old Testament stories of Manasseh and Judith. A good deal of the libretto was provided by Parry himself, who took other texts from the biblical books of Isaiah, Psalms, and Judith. Having originally conceived the work in four acts, Parry condensed it into two. Judith was premiered by Richter in Birmingham in August 1888, and it consolidated Parry’s reputation as a choral composer, numerous performances following in Edinburgh and in London. Although popular in his lifetime, Judith fell into obscurity after Parry’s death.
Chandos Classical
Details 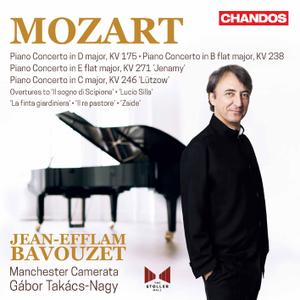 Jean-Efflam Bavouzet - Mozart: Orchestral Works (2020)
FLAC (tracks) 24-bit/96 kHz | Time - 124:59 minutes | 2.10 GB
Studio Master, Official Digital Download | Artwork: Digital Booklet
Jean-Efflam Bavouzet’s acclaimed series of piano concertos by Mozart reaches its fifth instalment. Concertos Nos 5, 6, 8, and 9 are complemented by the overtures to Il sogno di Scipione, Lucio Silla, La finta giardiniera, Il re pastore, and Zaide. That all of these works were composed by Mozart between the ages of fifteen and twenty-five serves as a vivid reminder of his unique talents as a child prodigy: these are not childhood efforts but mature works. The Fifth Concerto was actually Mozart’s first, as Nos 1 – 4 are arrangements of works by other composers. As in the previous volumes, Bavouzet is partnered by Manchester Camerata and Gábor Takács-Nagy, all recorded in The Stoller Hall in Manchester.
Chandos Classical
Details 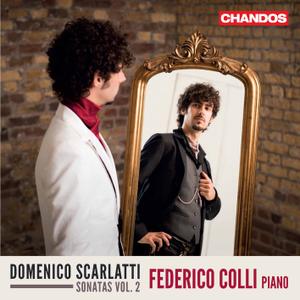 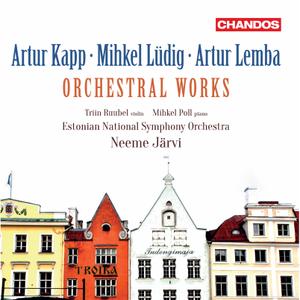 Estonian National Symphony Orchestra & Neeme Järvi - Kapp, Lüdig & Lemba: Orchestral Works (2020)
FLAC (tracks) 24-bit/48 kHz | Time - 73:17 minutes | 674 MB
Studio Master, Official Digital Download | Artwork: Digital Booklet
In his latest recording for Chandos with the Estonian National Symphony Orchestra, Neeme Järvi explores pieces by three of Estonia’s first composers. The bulk of the works in the programme were composed in the first decade of the twentieth century, and are all excellent representations of the birth of Estonian Music, as Estonia transitioned from a territory in the Russian Empire to an independent nation state. As was the norm at the end of the nineteenth century, these composers studied at the St Petersburg Conservatory, and Estonian symphonic music certainly has its roots in the Russian nationalist style. Like so much of European music of this era, ethnic identity is emphasised by the inclusion of native folk tunes, and the ‘Nordic’ style of Grieg and others is clearly an influence.
Chandos Classical
Details 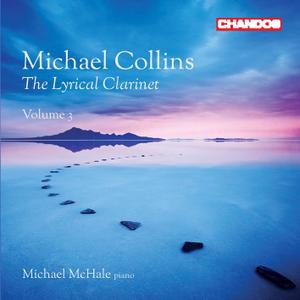 Michael Collins & Michael McHale - The Lyrical Clarinet, Vol. 3 (2020)
FLAC (tracks) 24-bit/96 kHz | Time - 70:01 minutes | 1.13 GB
Studio Master, Official Digital Download | Artwork: Digital Booklet
Michael Collins MBE is one of the most complete musicians of his generation. Continuing his distinguished career as a soloist, he has in recent years also become highly regarded as a conductor and in 2010 took up the position as Principal Conductor of City of London Sinfonia; he works with leading orchestras around the world both as a soloist and as a conductor.
Chandos Classical
Details 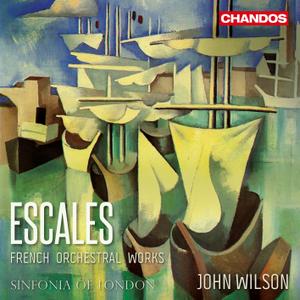 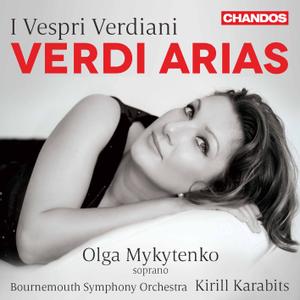 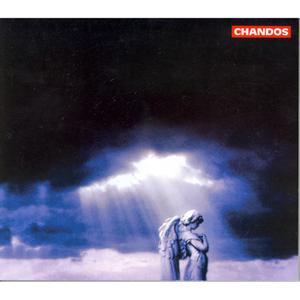 Like so many British composers Dyson, even before he died in 1962, suffered neglect through writing in a conservative idiom that critics were all too ready to label 'out of date'. Originally written for the Three Choirs Festival in Hereford in 1939, its first performance was-cancelled because of the outbreak of war, and it was only given its premiere in Hereford a decade later. 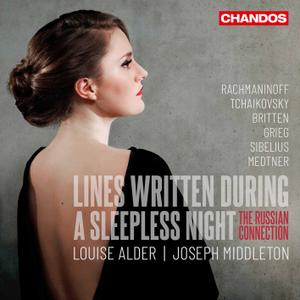 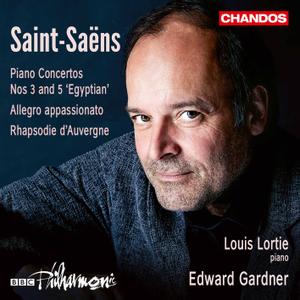 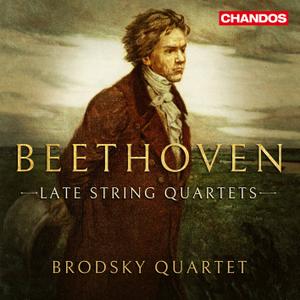