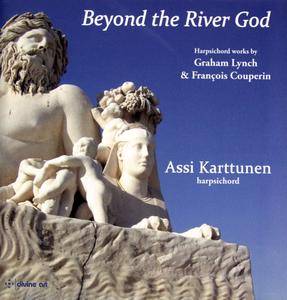 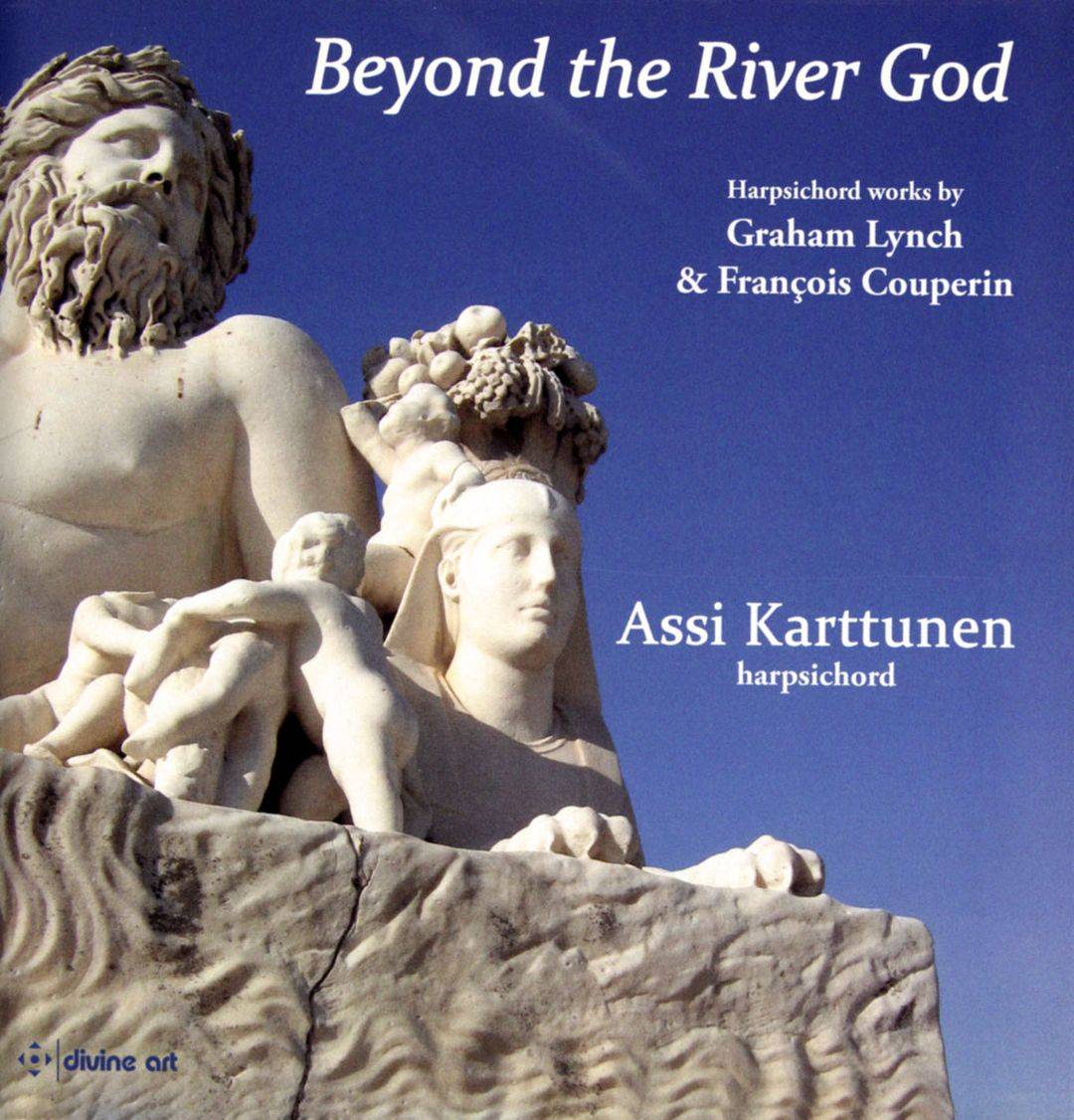 A selection of works by the greatest harpsichord composer of all — François Couperin, and from contemporary British composer Graham Lynch, who is a very worthy successor with music that is expressive, descriptive, deep and exceptionally rich, showing that the harpsichord is capable of real expression. The Lynch pieces are receiving their first recordings. Established virtuoso Assi Karttunen is from Finland and this is her first album for Divine Art, and a showcase for her amazing talent at the keyboard.

Sometimes you’ll read about modern bands whose music closely resembles that of Bach. We think Oasis underwent such analysis once, and they stole it all from The Beatles, for whom similar comparisons can thus be made. In this case, the opposite applies, for the first part of this enjoyable CD of harpsichord music is the work of François Couperin (1668–1733), a French Baroque composer whose melody sounds like a classical version of a modern pop tune. People who understand notes and all that stuff might explain why, but all we can say is that Couperin’s melodies sound very modern and not at all like music that’s 300 years old. Obviously, Karttunen is an accomplished player and perhaps that helps — she specialises in performing and researching Baroque music so she knows her stuff.

The older pieces are joined by work from modern composer Graham Lynch, who draws iinspiration (at least for Admiring Yoro Waterfall and Present-Past-Future-Present ) from the haiku and travel sketches of 17th-century Japanese poet Matsuo Bash. On his blog, Lynch wrote:
“The music is very much to do with perception: the sound of the waterfall gradually emerging into the piece before fading away at the end. The new compositions … explore the question of how we perceive the things around us.”

Present-Past-Future-Present is perhaps a good hook to hang the CD on: despite being played on a harpsichord and featuring music that’s centuries old, it’s got a very modern sound. It’s very more-ish and highly recommended.

Review by Jeremy Condliffe, The Chronicle

As every school-boy used to be able to tell you, Heraclitus once stated that you cannot step into the same river twice. Everything is in a state of flux. It is this philosophic thought from the Pre-Socratic philosopher that inspires much of the music on this CD. It is epitomised by the baroque form of the rondeau, which ‘is suggestive of the ever-changing stream’.

François Couperin is not a composer I know much about. Many years ago I did learn that there was a Couperin dynasty which included family posts at the church of Saint-Gervais in Paris. In 1693 ‘our’ Couperin aspired to be organist of the Chapelle Royale by appointment of the King, Louis XIV. He wrote a wide variety of music, both sacred and secular. Included in this catalogue are four major folios of harpsichord music with 27 suites or, as he called them ‘ordres’. There is also the important treatise L’art de toucher le claveçin (1716). Any interpretation of Couperin’s music involves rigorous understanding of his use of ‘ornament’. This is an area ‘beyond my ken’: all I can say is that I was delighted, inspired and impressed by Assi Karttunen’s playing. This music is imaginative, often exciting and always well-wrought.

It is unnecessary to give a potted biography of Graham Lynch. His excellent webpage will give the listener all they need to know. Nevertheless, one fact is worth keeping in mind. Lynch has a wide-ranging musical style which includes seriously produced, contemporary ‘art’ music on the one hand and a love of the ‘tango’ on the other. In our post-modern age we can easily accommodate this stylistic disparity.

Graham Lynch is represented on this disc by three important cycles of keyboard music and three miniatures. Each of these works maintains a trajectory ranging from the baroque to the present day. An Iberian flavour colours some of this music in a more or less subtle manner. All good composers — and Lynch is certainly a fine composer— develop their own voice and musical personality. However, a few markers can be laid down to assist the new listener in evaluating his music. Some of these indicators include Debussy, Messiaen and possibly Kaikhosru Shapurji Sorabji. The composer once told me that the Japanese composer Toru Takemitusu and the Latin American Astor Piazzolla made an important contribution to his music. This is clear in Admiring Yoro Waterfall and Ay! respectively.

The first of three large-scale works is the eponymous Beyond the River God . The composer has explained ‘out of all the harpsichord music that I’ve written…[this] comes closest to having a dialogue with the French clavecinists of the 18th century, especially François Couperin.’ What this means is that Lynch has provided a five-movement structure that is ‘built on the rondeau/couplet idea’. The first, third and final piece exploit the rondeau which presents a theme three times and is interspersed with episodes of contrasting material. The other two movements are ‘couplets’ which act as episodes in the overall form. The composer cleverly recycles material as the work progresses.

It would have been helpful if it had not been assumed that the reader/listener understood the nature of rondeau, episode and couplet and its relationship to French literature and music.

A brief note on the iconography of the ‘river god ‘is helpful. The musical imagery of this nature divinity is created by ‘the repetitious form of the rondeau, in which the music gains momentum as it is gathered into itself … and flows toward its conclusion in a manner – like a river – that is always the same and yet always different.’ The British will think of Father Thames as epitomising the divinity.

The second cycle is Petenera which appeared on the composer’s earlier CD of piano music.

Although the present liner-notes do not elaborate on the work’s allusion, the word ‘Petenera’ is a flamenco ‘palo’ or indigenous musical form. An additional connotation is that it is also a legend of a cantadora or singer called ‘La Petenera’. She was a femme-fatale who used her charms to seduce men and drive them to damnation.

The third cycle is Present-Past-Future-Present which the liner-notes rather obviously suggest represent the passing of time. All music deals with this concept. The opening movement is meant to portray the wanderings of the Japanese haiku poet Basho, ‘in inner contemplation’ but is interrupted by irruptions from the external world. The ‘Past’ section is reflective. ‘Future’ ‘rushes forward with joy towards a vision of the full moon over the islands of Matsushima …’ The final section returns to the ‘walking motif’. I enjoyed this ‘suite’, but am not sure that the poetic programme adds much value.

The reflective Admiring Yoro Waterfall is yet another piece that fits the philosophical theme of this CD. Legend notes the healing qualities of water and tells of a lad giving some to his ailing father. It tasted like saki and inevitably the elderly man revived. This is a complex work that does not necessarily have ‘watery’ harpsichord figurations. I notice some definite ‘oriental’ colouring in this score that points up the location of the waterfall in Japan.

I was unable to find mention in the liner-notes of the two short pieces by Lynch. The attractive piece ‘Ay!’ has clear Iberian influence which reflects the composer’s particular interest in the Tango. The final number is ‘Secret Prelude’ which derives from a three-volume set of graded pieces called Sound Sketches . I guess that this ‘easy’ piece is equally at home on the piano or harpsichord.

Assi Karttunen was born in Helsinki and has specialised in baroque music as well as being involved with experimental and contemporary music groups. She has performed as a soloist in many European countries and has played in baroque ensembles and the Finnish Baroque Orchestra. Other professional commitments include lecturing and teaching harpsichord at the Sibelius Academy as well as musical research. Her doctoral thesis concerned the ‘aesthetic and philosophical background of the eighteenth century French cantata’. CD releases include Arioso which explored early Italian repertory, Memento mori Froberger and a disc of music by Jean-Philippe Rameau.

I found that the liner-notes were a little hard going. The ‘philosophical’ nature of the music seems to have rubbed off on this ponderous and rarefied text. I would have liked a little more detail on the Couperin works. It would also have been good to have the dates of each piece given. For this recording Assi Karttunen plays a German-style two manual harpsichord by Henk van Schevikhoven built in 1997.

Application of the concept of playing François Couperin and Graham Lynch back-to-back has been highly successful. The Baroque works are full of charm and interest whilst the modern pieces are approachable, well-crafted and musically satisfying. The performance of both Couperin and Lynch is ideal. 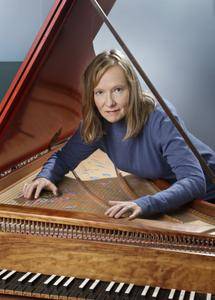 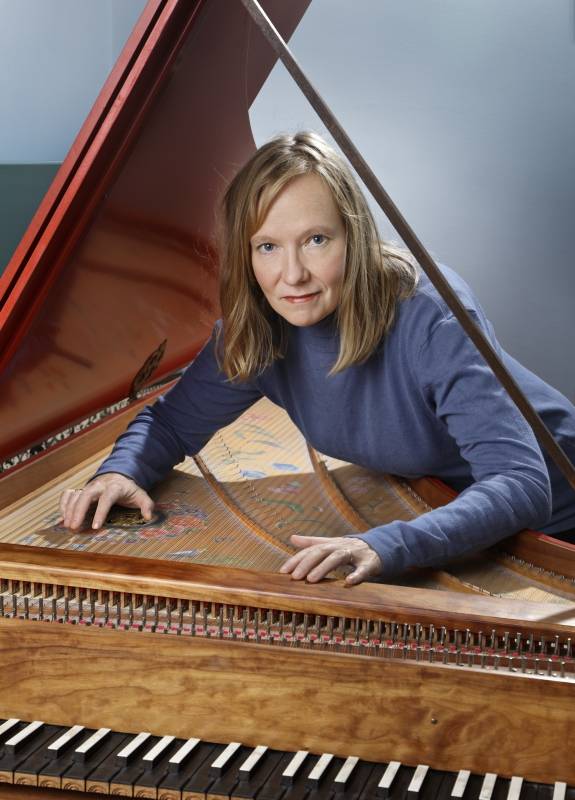 Assi Karttunen / Beyond the River God 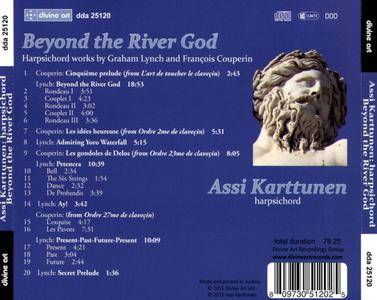 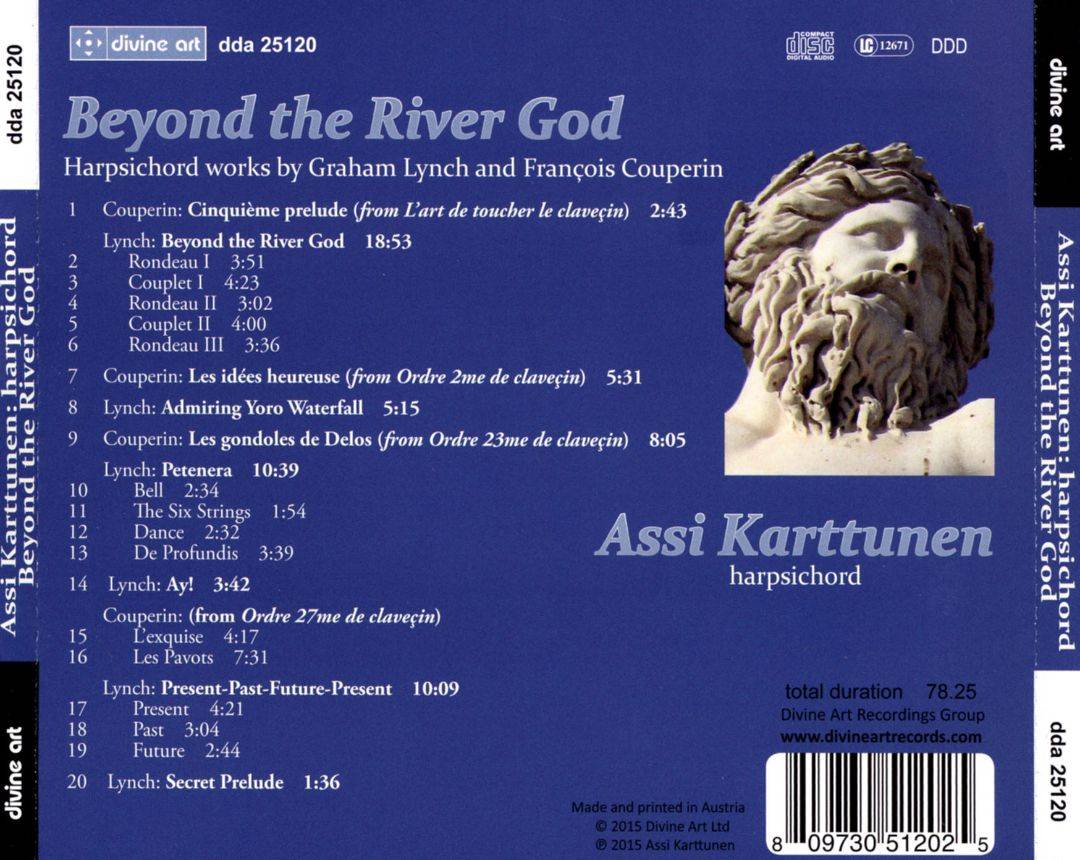