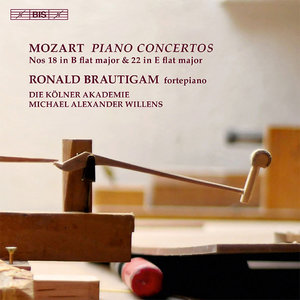 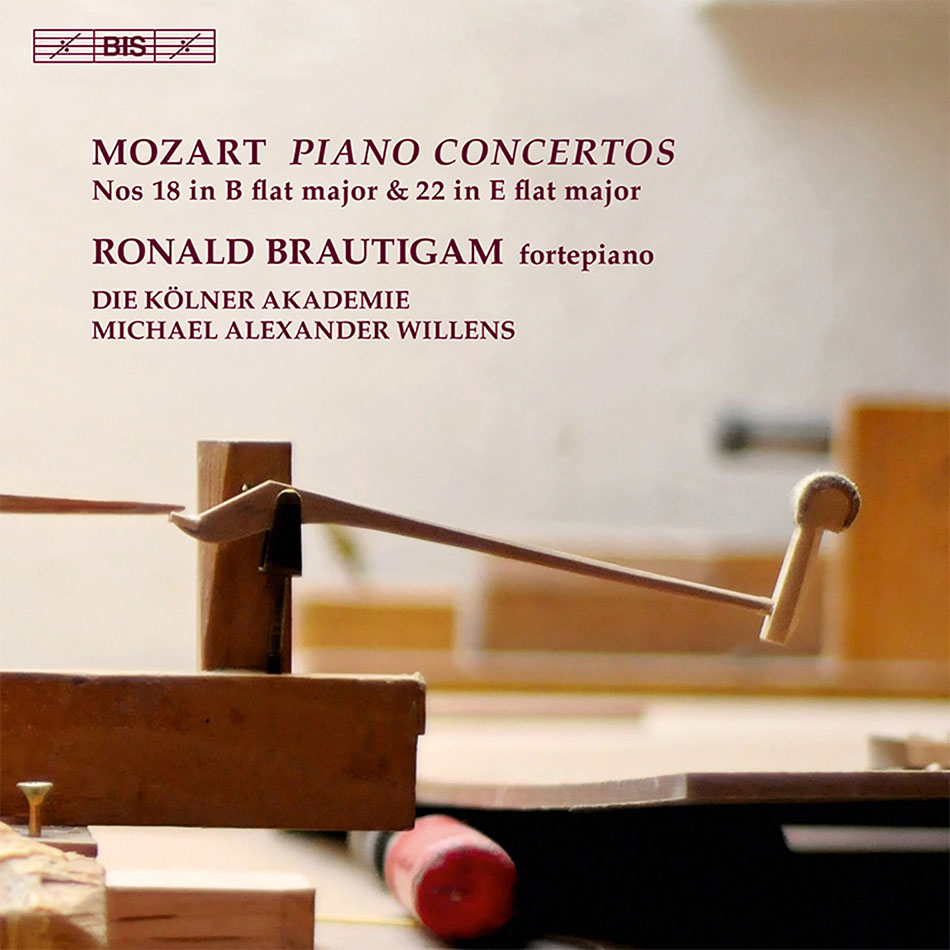 The sixth disc in this highly acclaimed series combine two works in which Mozart's powers as an orchestrator come to the fore. Concerto No. 18 in B flat major, K 456, is sometimes referred to as one of the composers military concertos on the basis of the march-like main theme of the first movement. But more striking is the variety of ways that Mozart employs the various groups of instruments: strings, wind instruments and, of course, the piano. This aspect certainly didn't pass unnoticed by a listener as initiated as Mozart's father Leopold: in a letter to his daughter Nannerl he described how his enjoyment of the orchestral interplay had brought tears to his eyes. The performance that Leopold was referring to was by Mozart himself at a concert in Vienna in 1785, but the work is believed to have been written for the blind virtuoso Maria Theresia von Paradis to play on a concert trip to Paris, and the demanding piano part leaves us in no doubt about her abilities as a pianist. Concerto No. 22 in E flat major, on the other hand, is one that Mozart wrote primarily for his own use, completing it on 16th December 1785, and performing it later the same month. It is the first of only three piano concertos in which he uses clarinets, to particular effect in the expressive Andantino cantabile episode of the otherwise ebullient Finale. The orchestra is on the whole unusually large, with trumpets and timpani, and horn parts which are uncommonly independent and important to the musical argument.

In a letter to his daughter Nannerl, Leopold Mozart expressed his pleasure at the interplay of the various instruments after hearing Wolfgang perform the B flat Concerto, K456. I experienced comparable delight listening to this beautifully recorded performance from Ronald Brautigam and the responsive Cologne period band. In a Mozartian opera reimagined in instrumental terms, fortepiano, wind and strings conspire and banter with captivating grace and legerdemain.

Likewise using a modern copy of an Anton Walter fortepiano, Brautigam favours rather fleeter tempi, and a more direct style of phrasing, than Robert Levin on his fine L’Oiseau Lyre recording with Christopher Hogwood (11/96 – nla). In the first movement, with its suggestion of a march for toy soldiers, Levin is more reflective, Brautigam more playfully extrovert, stressing continuity of line above rhythmic and tonal nuance. I prefer Brautigam’s more flowing manner in the G minor Andante, where Levin’s minute inflections can sound over-exquisite. The period woodwind, led by the virginal solo flute, are especially delectable in the serenading G major variation. As to the ‘hunting’ finale, you’d go far to hear a performance of such darting wit and panache, or one that exudes such a sense of delighted collusion between woodwind – each one an operatic character in itself – and the fortepiano’s sweet, silvery treble.

In the more opulently scored K482 (trumpets and drums, oboes replaced by clarinets) I ideally wanted a fuller string tone than the 14 Cologne players can muster. That said, the performance is scarcely less enjoyable than that of K456, not least in the C minor Andante, which at Brautigam’s unusually mobile tempo is just as touching, and (in the confrontational second variation) more dramatic, than in more gravely paced readings. Brautigam generates an exhilarating forward sweep in the regal opening movement – Levin (9/98 – nla) is more inclined to linger over detail – and an infectious sense of fun in the finale, where swiftness never compromises immaculate clarity of articulation. His own cadenzas are short and to the point. Levin’s are longer, cleverer and more consciously showy. Again, some may find Brautigam too swift in the finale’s sensuous Così fan tutte ish interlude, with its ravishing clarinet sonorities. For me the easily flowing pace and delicate touches of embellishment, predictably less lavish than Levin’s, mesh perfectly with the animated naturalness of the whole performance.


While Brautigam and Willens have sometims tended to favour tempos distinctly on the fast side, that isn't the case here: these are finely-judged performances throughout, in which every detail counts. Brautigam contributes an impressive cadenza to K482. 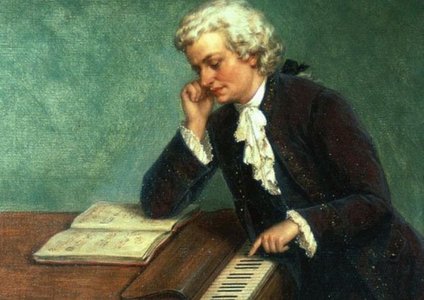 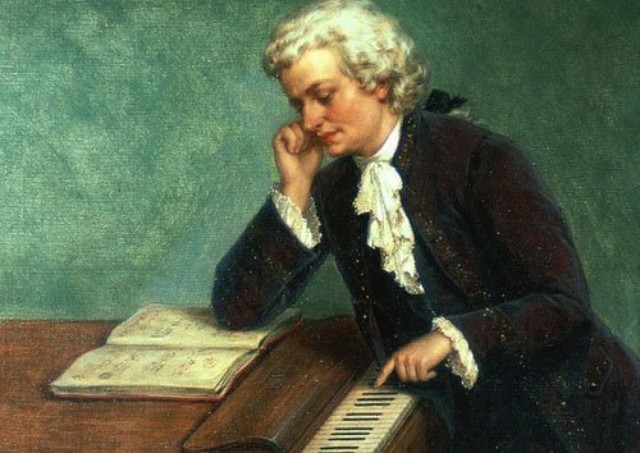 Mozart at Allmusic
Mozart at Wiki 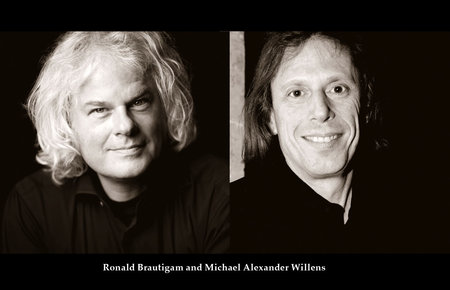 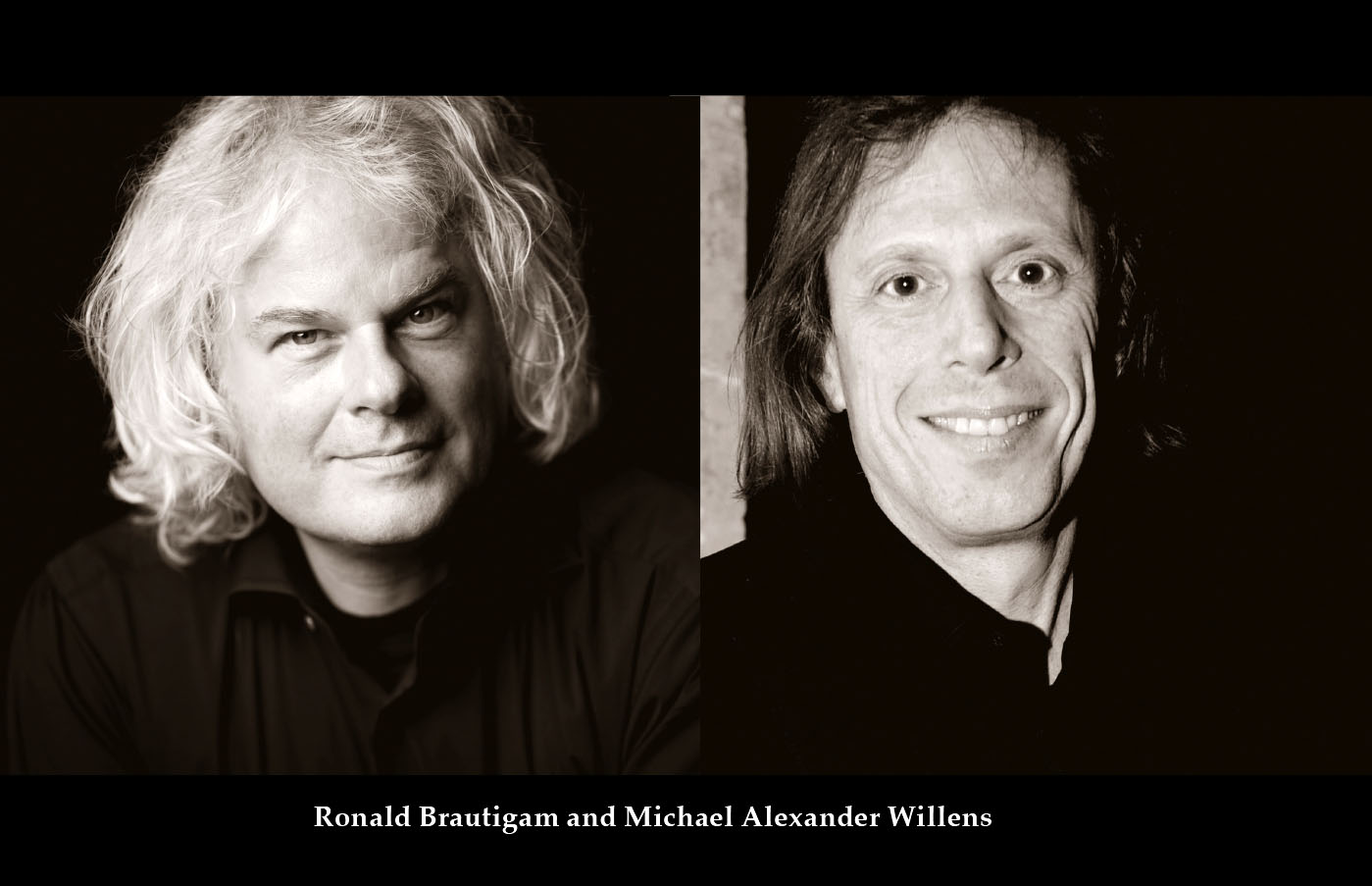 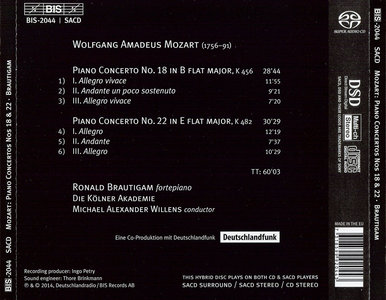 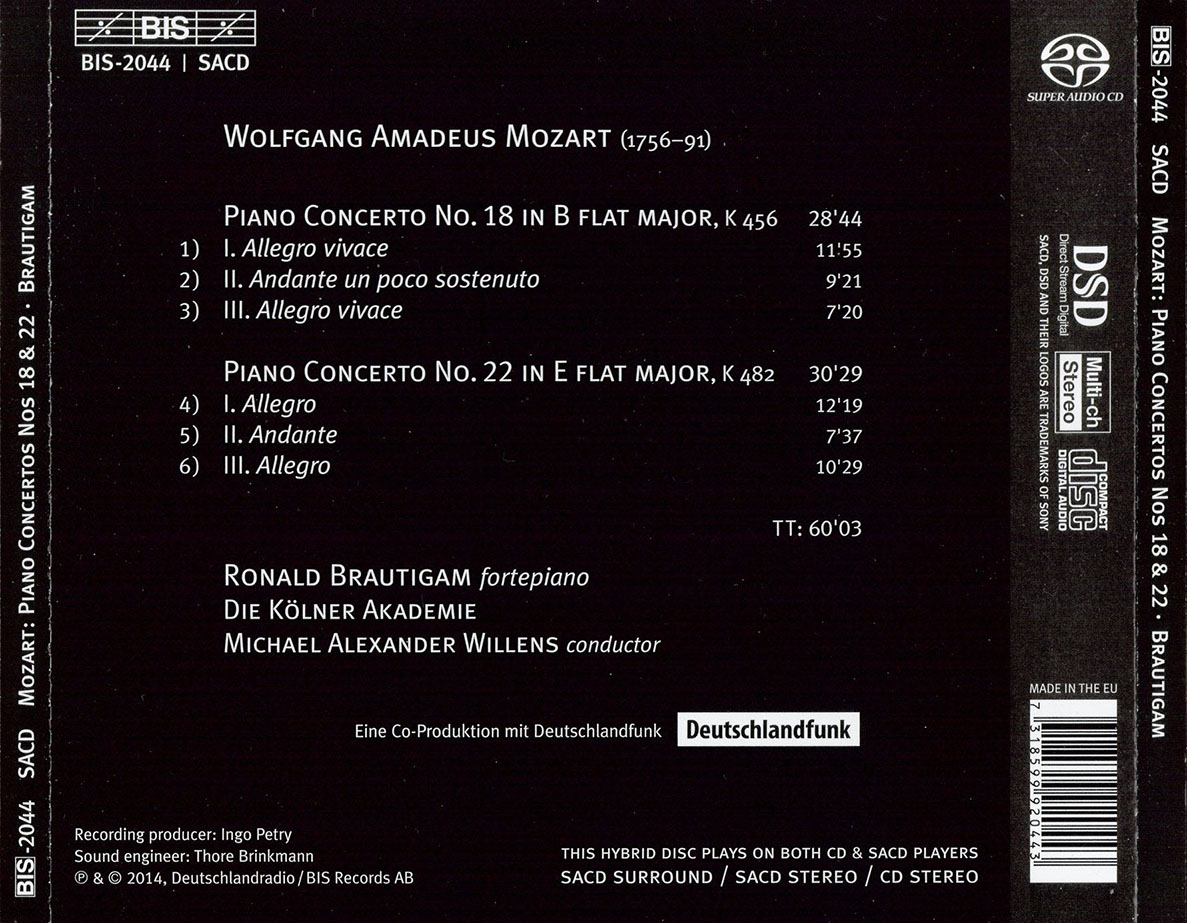