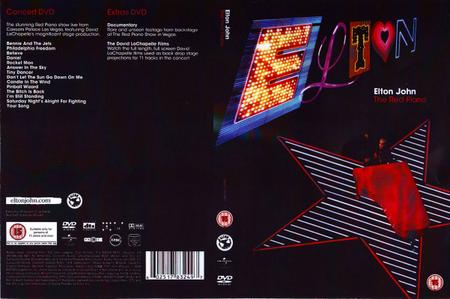 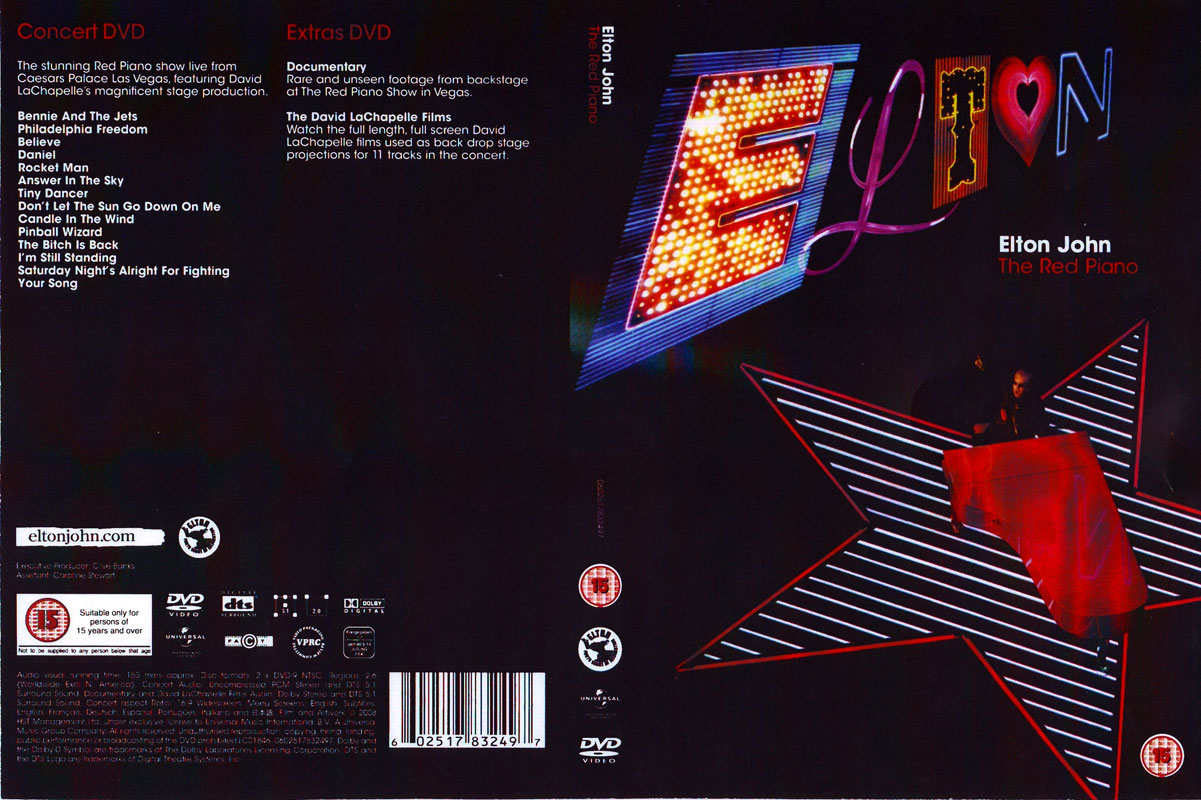 Based on a network TV special that in turn depicted Elton John's Las Vegas show of the same name, The Red Piano is a concert video. It consists of two DVDs and two CDs. Essentially, the package is padded; the second DVD contains a 53-minute "making of" documentary, and the CDs repeat the audio content of the concert with one additional track ("I Guess That's Why They Call It the Blues"). It's hard to complain about the padding, however, given that, on release, the box was selling for roughly the price of a single DVD (about $20). The set list is pared down to a basic John greatest-hits show of 14 songs, but it manages to run 98 minutes because of the staging and because John is unusually voluble, telling jokes and explaining different aspects of his work and career in between songs, as well as making caustic remarks about Celine Dion, the usual inhabitant of the Coliseum at Caesars Palace. (He is jealous that she's so thin.) The staging is, of course, elaborate, with a giant video screen showing photographic collages and music video-style films created by photographer David LaChapelle, which occasionally makes it seem as if John is simply providing live accompaniment to his music videos as projected on an IMAX screen. (In one case, an actual preexisting video, albeit in altered form, used as footage from the promotional clip for "This Train Don't Stop There Anymore," in which Justin Timberlake played the young Elton John, has been re-edited to illustrate "Rocket Man.") There are also stage props, big ones, of course. For example, during "The Bitch Is Back," one of a string of uptempo numbers that come toward the end of the show, a giant inflatable set of women's breasts appears, along with a reclining lower female torso with stocking-clad legs, on either side of the screen, which shows a scantily clad Pamela Anderson (or rather, five of them in split screen) doing a pole dance. It is, after all, Las Vegas. (Including the glimpses of nudity from the Marilyn Monroe look-alike in the "Candle in the Wind" film, among other instances in the videos, the show probably would get an R rating as a movie.) Director David Mallet incorporates, but does not focus on, the big screen, preferring close-ups of John and his band. (The documentary DVD includes the videos as they appear in the show.) But the scale of the production is suggested, and John as usual turns in a good performance. 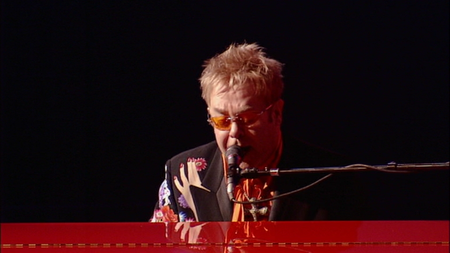 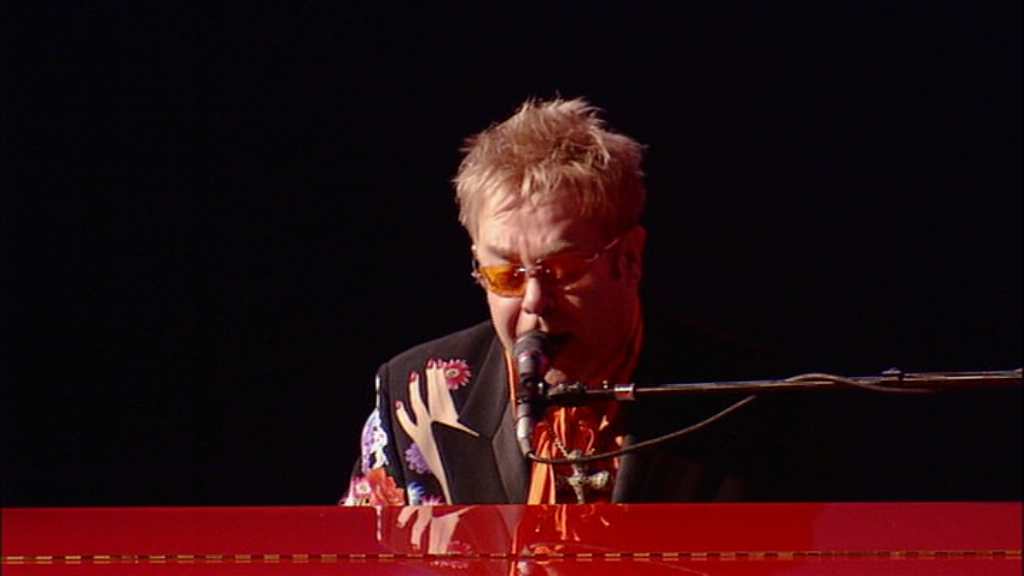 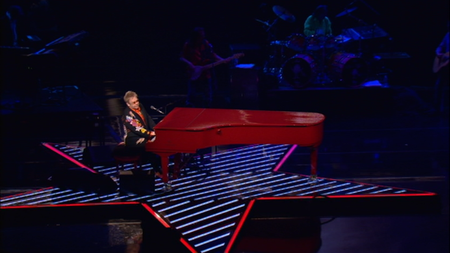 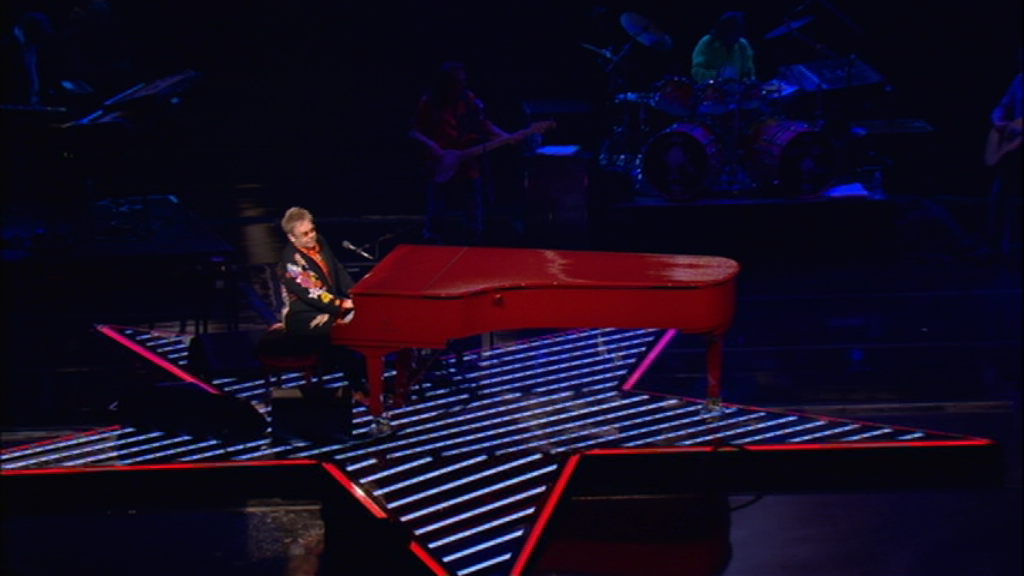 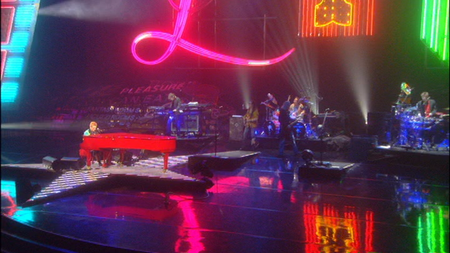 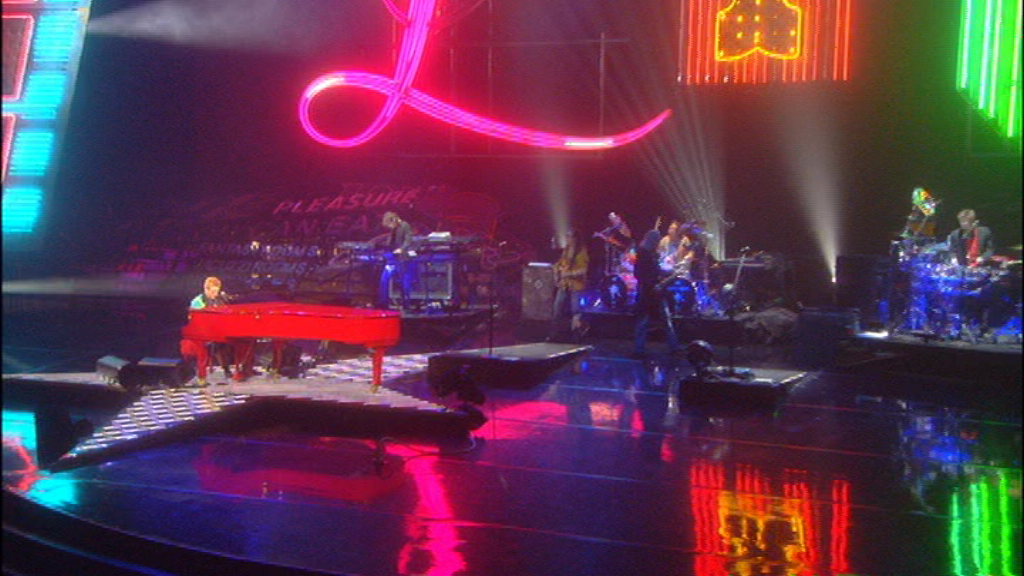 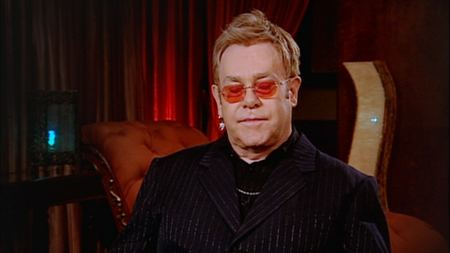 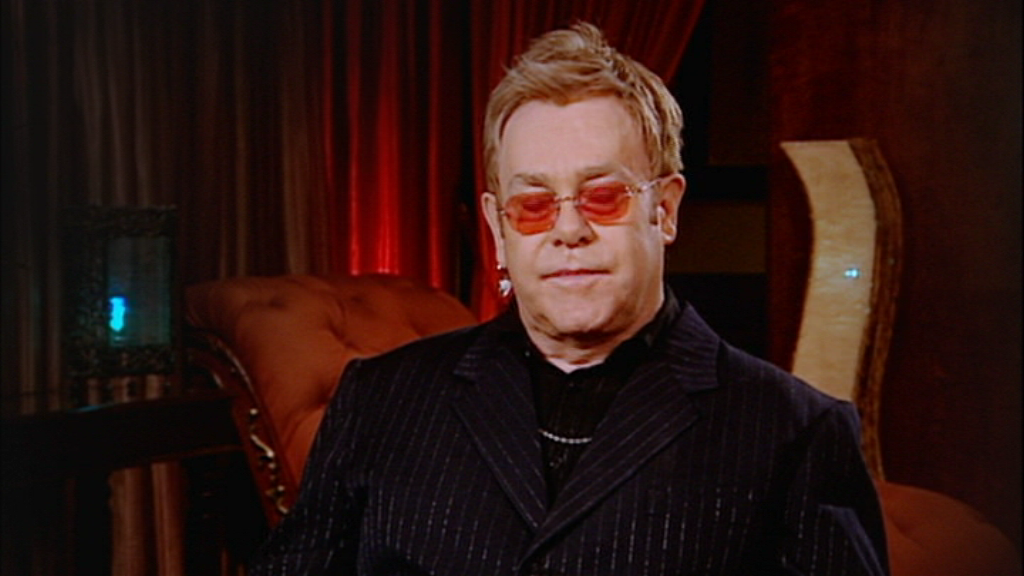 Elton John in my Blog