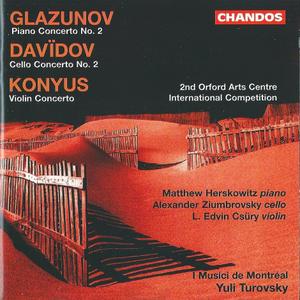 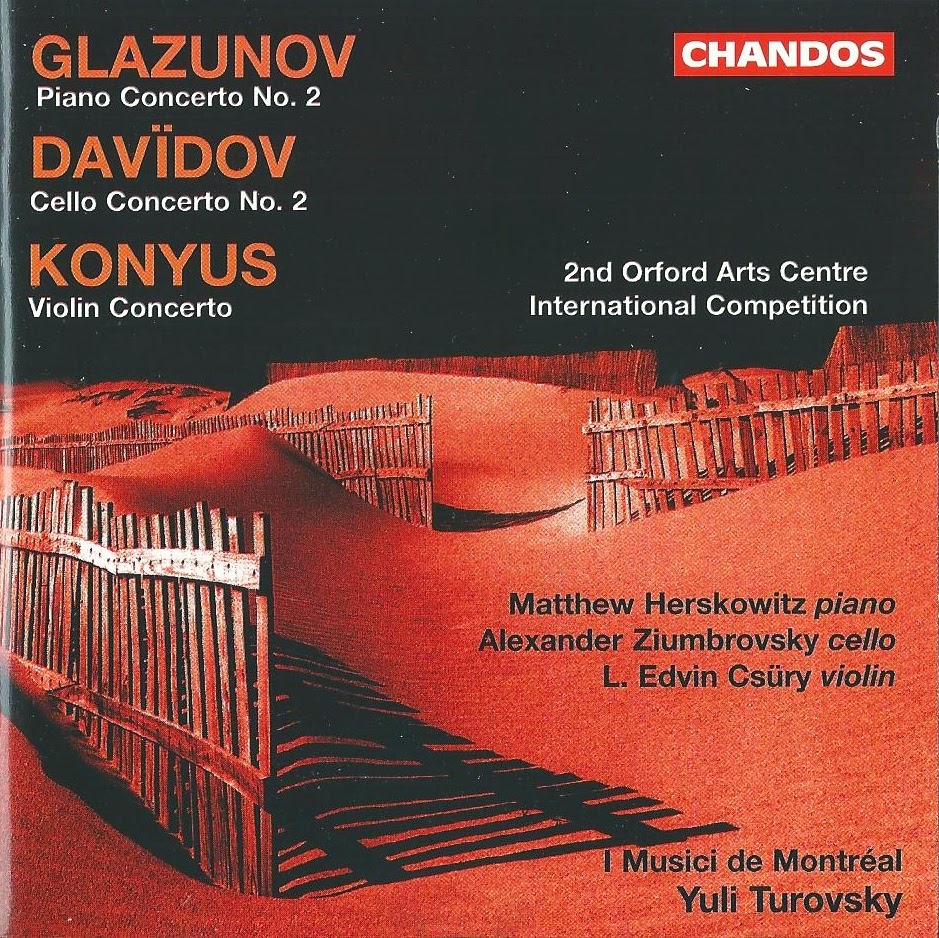 This Chandos release is the second such prizewinners’ showcase from Yuli Turovsky’s Orford International Competition, the winners being invited to commit their respective concertos to disc with I Musici de Montreal. The result is an attractive coupling of three lesser-known works performed with freshness and enthusiasm. The programme makes a logical sequel to last year’s Glazunov/Arensky coupling, although the Glazunov will not be to everyone’s taste. The Yamaha piano is hard-edged and uneven in tone, and it is used by Herskowitz to hammer home the musical arguments in the grand manner. I was left pondering what had happened to the Glazunov of the Violin Concerto, for the thematic material here is comparatively undistinguished. More conveniently coupled, Stephen Coombs on Hyperion is (inauthentically?) softer-grained, markedly less demonstrative.

The Conus, variously transliterated as Konyus, Konus and Konius, and previously championed by Heifetz and Perlman, receives a bright and at times wonderfully sensitive reading from Csury, who has already performed as soloist with the Berlin Philharmonic. Don’t be put off if the opening seems a little thin: unusually for the Chandos sound team, Csury is placed in a not unrealistic perspective as if he were an orchestral soloist. The slow section of the work offers the most attentive playing, a touching nostalgic reverie to contrast with the more ragged (and less inspired) fast music. Here, David Fanning’s booklet-note finds anticipations of the rhetorical violin writing of the Sibelius concerto.

Davidov was described by Tchaikovsky as “the king of all nineteenth-century cellists” and Ziumbrovsky shines in his surprisingly Mendelssohnian Second Cello Concerto. The piece contains what is surely the most memorable theme on the CD, carefully handled by soloist, conductor and orchestra, if, inevitably, outstaying its welcome just a little. As in all three works, Turovsky secures more than decent playing, bearing in mind the limited scope offered by the orchestral parts, the relatively small size of the band and the outsize, churchy acoustic. Clearly, these scores belong to the second division of Russian concertos, but new digital recordings are by no means unwelcome. At the very least Chandos are doing their bit to unearth the talent of tomorrow. 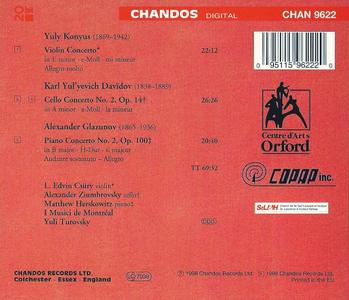 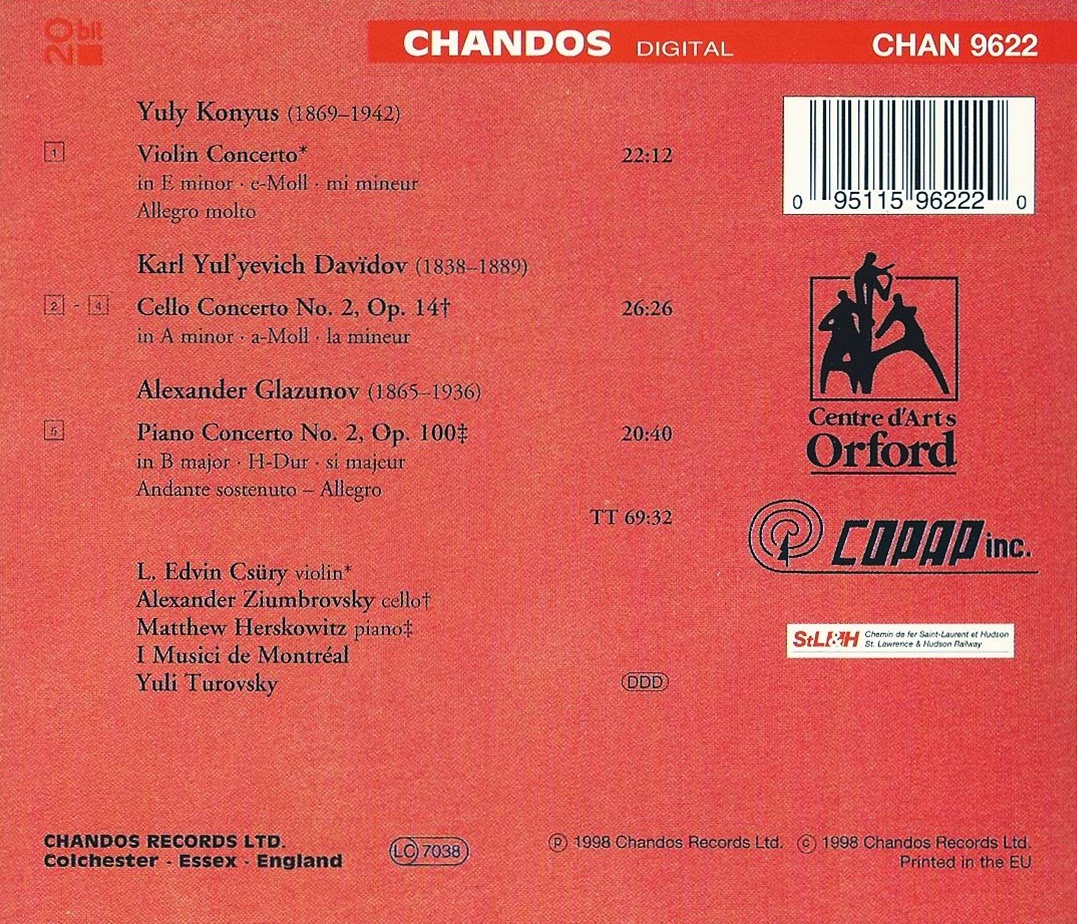