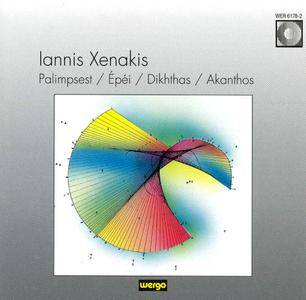 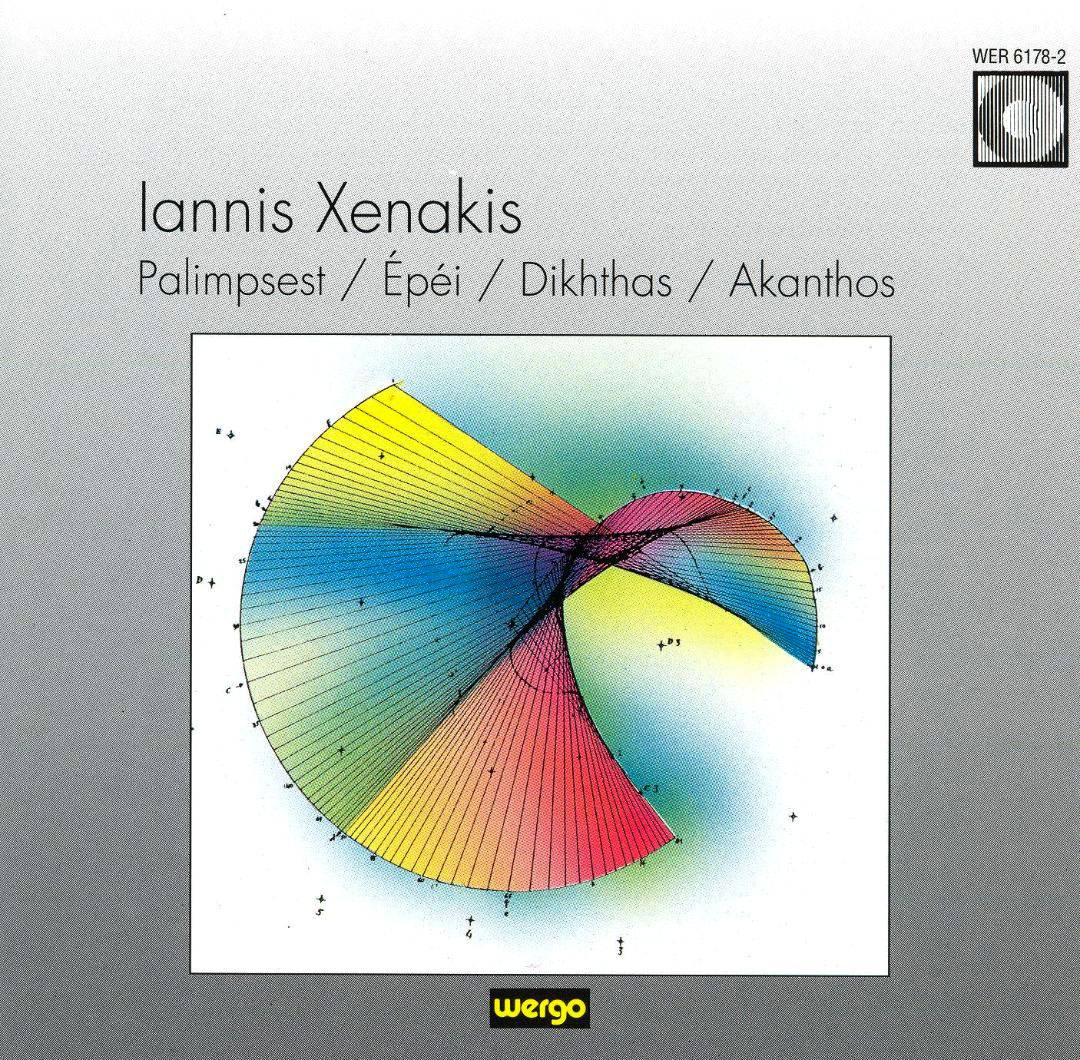 Violinist Irvine Arditti, pianist Claude Helffer, and the Spectrum ensemble conducted by Guy Protheroe produce consummate performances of the Greek avant-gardist's unwieldy chamber music. If you're familiar with Xenakis's career you'll know he was trained in mathematics and enjoyed a successful career as an architect. Such background might prepare you for the music's preoccupation with line, volume, and form in an unusually abstract way, but it won't prepare you for its visceral, almost primitive power. On Akanthos, the singer Penelope Walmsley-Clark must cope with what is surely one of the most ridiculous soprano parts ever written.

During its heyday in the 1980s, England's new music ensemble Spectrum and its conductor Guy Protheroe took a keen interest in the music of Iannis Xenakis, and this Wergo disc presents four pieces by the Greek modernist great. While Spectrum performs the three ensemble pieces, the violin and piano duo "Dikhtas" is here played by Irvine Arditti and Claude Helffer. At this particular point in Xenakis's career, his music made gratuitous use of glissandi, warping the sonic space into odd, twisted shapes that mirrored his architectural explorations – the cover image is a good example of how Xenakis realized the same concepts in both visual and musical forms.

As "Akanthos" for soprano and ensemble (1977) opens, strings play so much glissandi that the music feels like a heaving sea. When the piano finally enters, one is grateful for its wonderfully discrete pitches. The soprano, here Penelope Walmsley-Clarke, mainly chants hieratically, similar to Xenakis's other vocal works, though the singing here consists only of phonemes, not any particular text.

"Palimpset" for 11 musicians (1979) opens with a long piano solo, as demanding as any of this composer's solo keyboard works. The winds take up the piano's music, and then percussion joins in. The piece develops through the principle of "arborescence" that Xenakis was exploring in these years, and the proliferation of material from a straightforward begin lends the piece its title: a "palimpsest" is an ancient parchment whose writing was partially scraped off the make room for new writing. Halfway through the texture changes drammatically as glissandi are introduced. The piece ends with a wonderful percussion spotlight, as demanding as the piano was in the opening.

Épéi (1976) is scored for oboe (doubling English horn), clarinet, trumpet, 2 trombones, and double bass. This is my least favourite work here, as it tends to point to Xenakis's tiresomely bouncy and foursquare pieces of the Eighties, though glissandi are occasionally prominent here as in the other pieces. In spite of his allegiance to the avant-garde, it's funny how occasionally Xenakis's music can sound remarkably traditional. The work starts off with writing that suggests a canon, or one woodwind maintaining a cantus firmus in spite of the proliferation of material among the other instruments. In a following section, the writing becomes increasingly unison and it almost feels like the ensemble is swinging together, at least for a brief while. Finally, the piece ends with a unison E over five octaves, a big bang that seems designed to delight audiences.

"Dikhthas" for violin and piano (1979) juxtaposes glissandi from the former with "clouds of notes" from latter. Again, I hear the slightest allusion to tradition here; Xenakis draws on a certain quality of Romantic-era writing, and the violin part is flashy enough that one can imagine Arditti showboating on the concert stage. Arditti and Helffer would go on to record the piece once more for a Montaigne collection of Xenakis's chamber works, but that is not appreciably different. There are also competing interpretations of "Dikhthas" and "Palimpsest" on a Mode disc, but I haven't yet heard it.

While not all of the pieces here are of the same quality, they are worth exploring for any fan of this composer. The 1970s may have been his creative peak, and the music typifies many of the concerns of that decade. 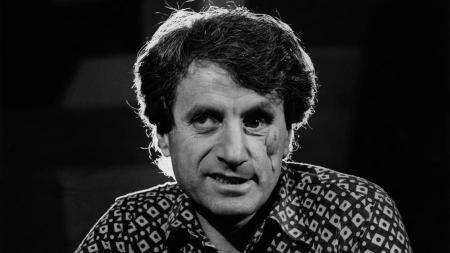 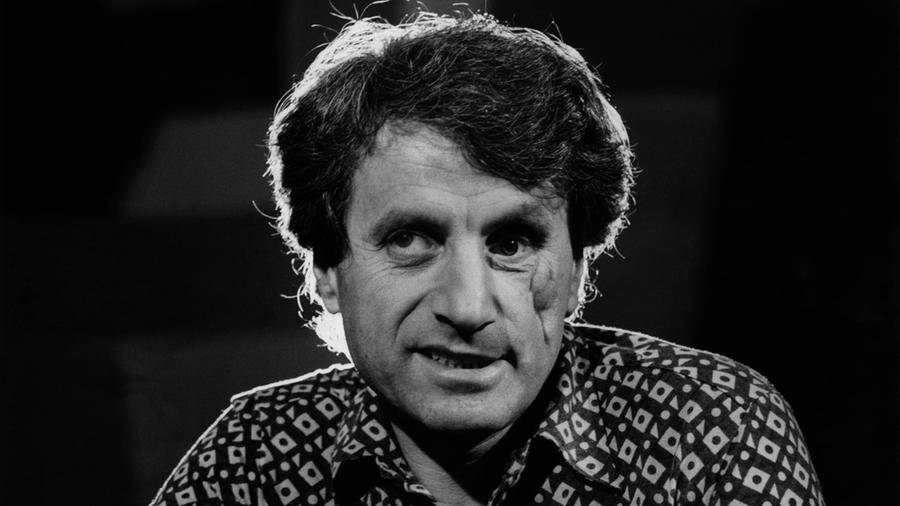 
None of the tracks are present in the AccurateRip database 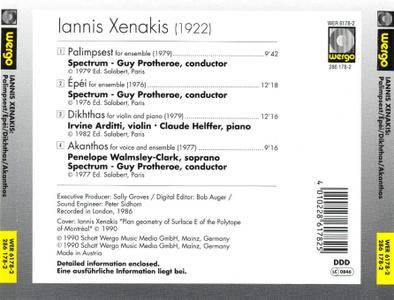 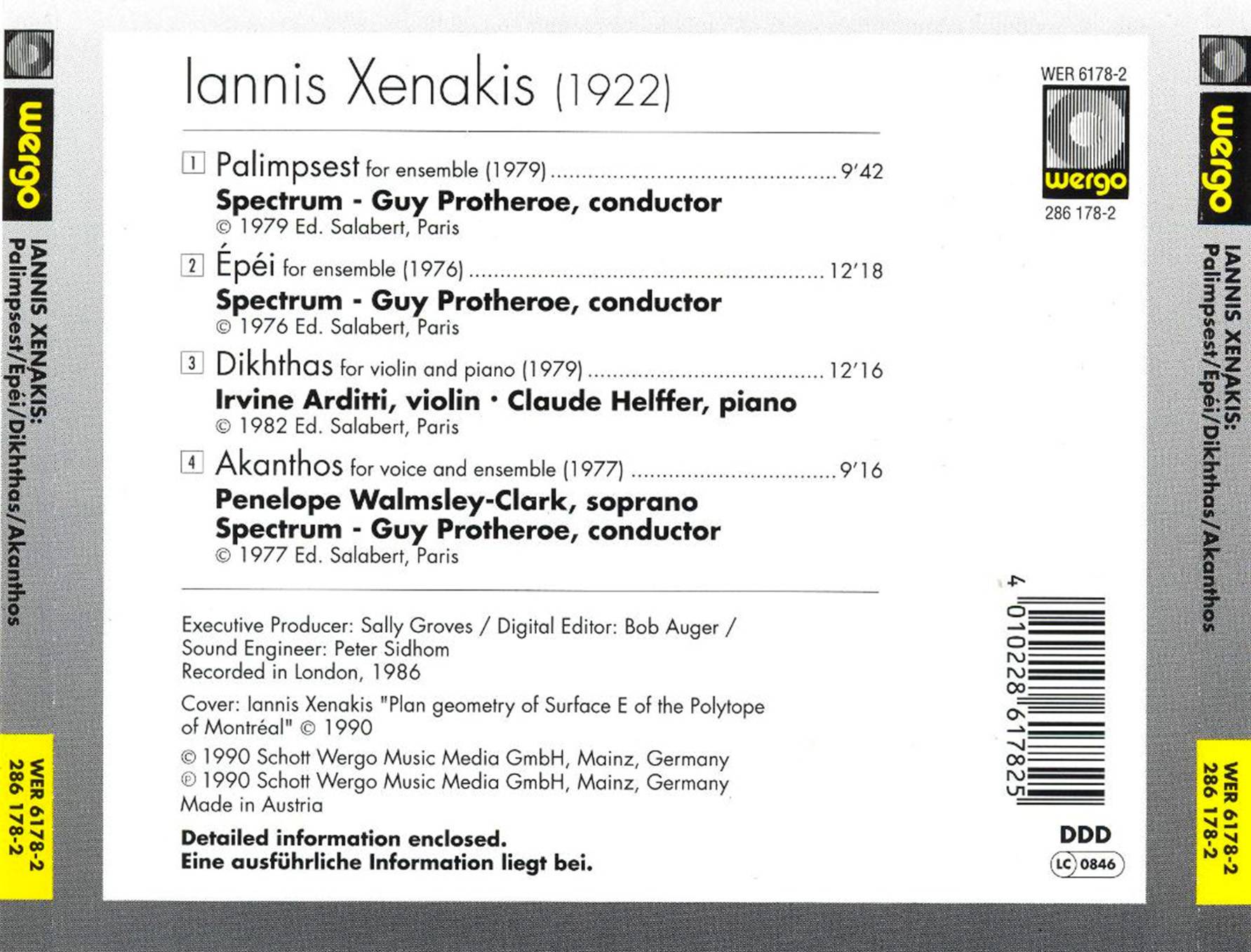 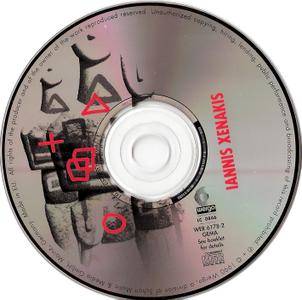 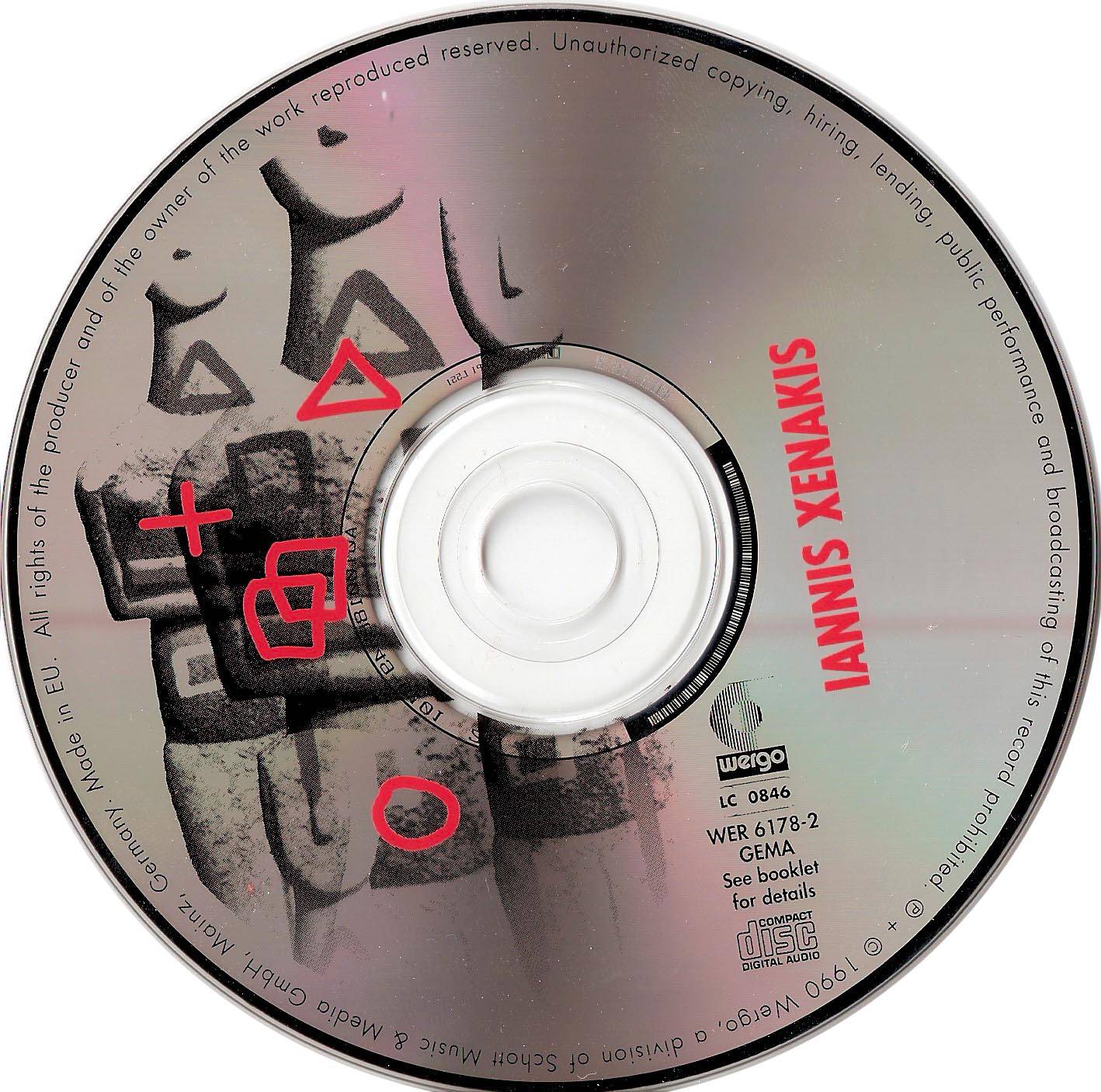 All thanks to original releaser - desordenado