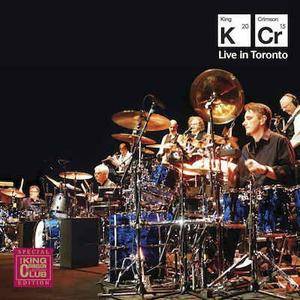 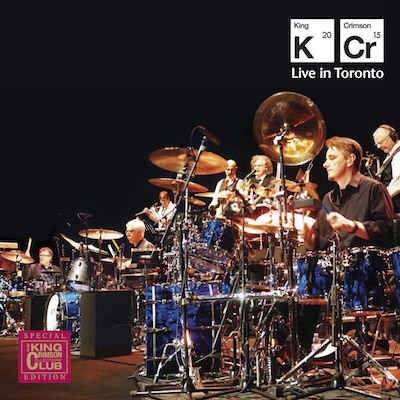 It’s a strange feeling to hear Larks’ Tongues In Aspic Part One opening a concert after an absence of 40 years from the King Crimson setlist. Strange exhilarating. Just as the original recording served as a kind of overture heralding a new adventure in the ongoing KC story, so it does here. There are so many highlights just within the one piece; Pat summoning Jamie Muir’s presence in the introductory build; the pounding theme; Jakko’s spidery lines scuttling between percussive salvos; Robert and Tony’s short-but-sweet soloing underpinned by Gavin’s driving beats; Mel Collins’ wry flute solo and Bill’s haunting atmospherics; the triumphant downbeat into the bittersweet coda. It’s one hell of a way to open a gig.

Pictures Of A City never sounded as forceful or as dynamic as it does performed by this line-up. With scorching vocals and barbed wire lead lines, the three drummers meld into one body spurring the entire ensemble onwards. Collins’ feverish sax solo in the middle section ups the temperature as he does in the glowering improv during The Letters. Yet listening to the concert it becomes obvious that there’s no single star of this show. This Crimson is all about teamwork; the work of one supporting the work of many, to borrow a well-known phrase. There’s the thrill of the big set-piece moments and the joy in alighting upon the tiny, painstaking details that have been invested into the fabric of this music.

Radical Action… and Meltdown typify that approach. A classic Crim rollercoaster of simultaneously ascending and descending dovetailing lines and baton-passing beats calculated to create a wildly dynamic yet intricate mechanism. As the last notes of a barn-storming Starless dies away, smoldering under the intense red stage light, it’s one hell of a way to close a gig. And after the encores King Crimson stand reinvented and triumphant taking deserved applause after turning in an astonishingly powerful performance.