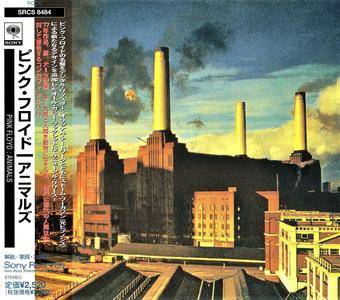 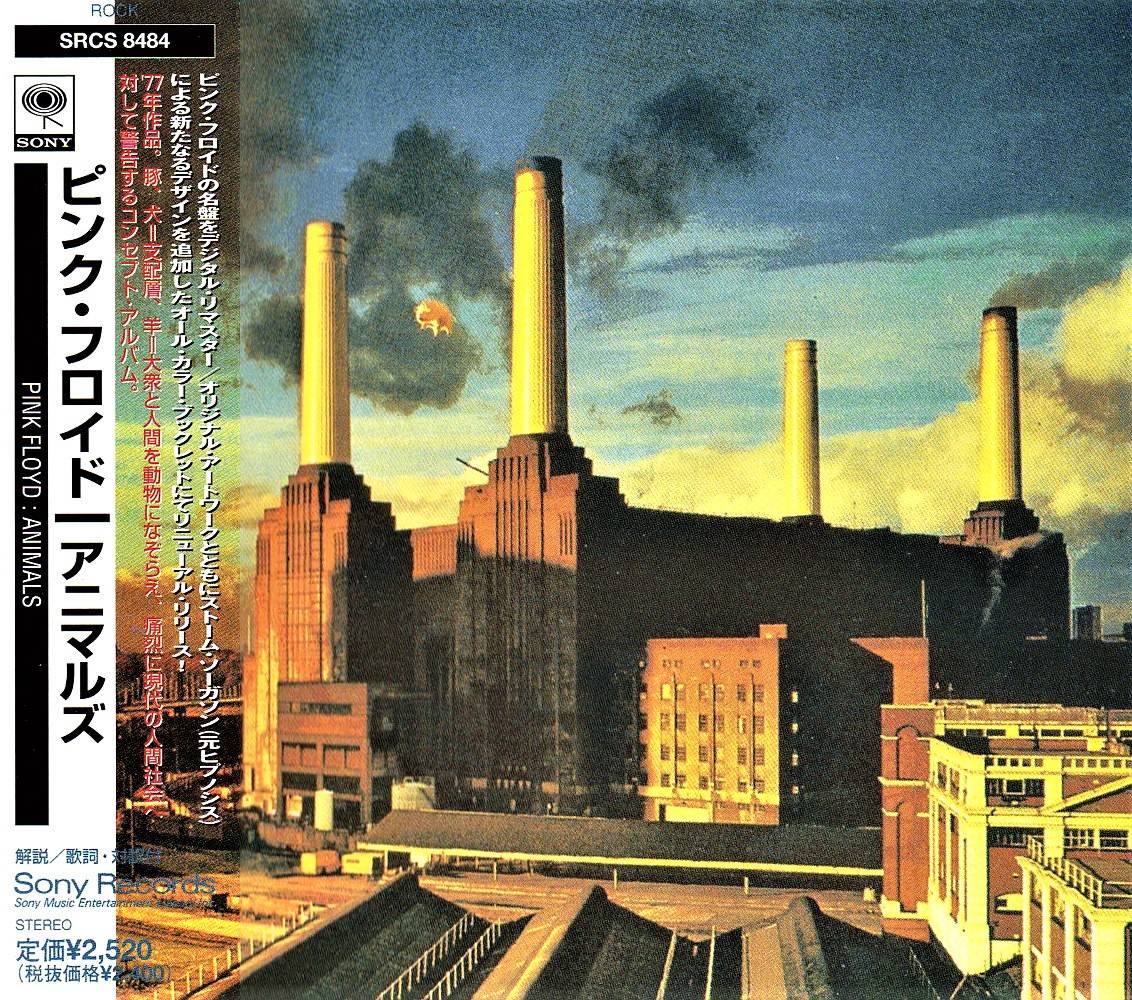 Animals is the tenth studio album by the English rock band Pink Floyd, released on 23 January 1977 by Harvest Records in the United Kingdom and by Columbia Records in the United States. It is a concept album that provides a scathing critique of the social-political conditions of late-70s Britain, and presents a marked change in musical style from their earlier work.

Despite the fame of the Dark Side of the Moon-era Pink Floyd, one album is continually passed over by would-be fans, critics and radio execs. Animals follows a theme inspired by George Orwell's Animal Farm. The album contains 5 tracks, the first and last of which are quick, little love songs that Roger Waters wrote for his new wife (a rarity for Pink Floyd, just about the only band to never write songs about love and their relationships). The second and fourth tracks, Dogs and Sheep were not written with this theme in mind, but evolved into it after a little tweaking by Waters once the idea occurred to him. Each of the three middle tracks are supposed to epitomize the behaviour of one type of person: Dogs, Pigs or Sheep. While arguably one of the most self-indulgent albums of all time, it may also be one of the most brilliant.

Animals saw Pink Floyd relying more and more on Roger Waters for the musical and especially lyrical content of their albums. Animals began its life as a road piece, played during the Floyd's 1974 summer tour. The first major track was originally dubbed You Gotta Be Crazy and was written by David Gilmour and Waters, the only track not solely written by the increasingly dominating bandleader. It was originally written for inclusion on the Wish You Were Here album, but did not fit in well enough. When it was adapted to the Animals theme, it took on the guise of Dogs and told the story of the vicious, backstabbing aspect of humanity, those who will stop at nothing to achieve their corrupt and greedy aims. This song is a snarling condemnation of the Dog mindset, sung by a frustrated and bitter third person, broken up at times by airy organ solos, samples of a growling and howling pack of dogs and soaring, snarling guitar parts. Dogs features some of David Gilmour's most brilliant guitar work, a shame since it is rarely heard by any but the most dedicated Pink Floyd fans.

The next track, Pigs (Three Different Ones) features some of Pink Floyd's most biting and, above all, specific lyrics. This song condemns the greedy businessman and the corrupt politician, pigs to a man (or woman), in Waters' eyes. The first verse goes after the corporate pig, the man who will do anything to get ahead in business, to further his own aims, disregarding the effects on people and the environment. The second verse takes on the political pig, a woman Waters says represents Margaret Thatcher, the conservative former Prime Minister of England. Lastly, Waters takes on Mary Whitehouse, the then leader of the National Viewers and Listeners Association, and even refers to her by name. Whitehouse was a strong proponent of censorship and had even struck a blow at Pink Floyd, accusing them of promoting sex and drugs. The song features still more brilliant lyrics, bringing to mind some of the most vivid images of any Pink Floyd song to date and cutting brutally to the core of the Pig mindset. There is a portion in the middle that sounds for all the world like an oinking, squealing guitar, which, in fact, it is. Waters uses a talk box to give shape to the sound of the guitar, yet another example of the band's studio brilliance.

Sheep began its life as Raving and Drooling and was written specifically for the band's concert tour. After undergoing the same reworking as Dogs, it told the story of the pliant, repressed masses. The song tells of how the Sheep are influenced by the Dogs and the Pigs until it reaches the middle of the song, at which point it delves into a twisted version of Psalm 23. Nick Mason, the band's drummer would perform this part during their live shows, but the studio version was done by an anonymous roadie. In it, the Sheep rise up against their leaders and stage a bloody revolution only to fall once more into the role of the meek and obedient sheep. Sheep was supposed to echo the state of England at the time and was Waters' view of the future if the country's conservative politics remained in the forefront.

The album closes with Pigs On The Wing (Part 2), a lyrical variation on the opening track, which ties the album together quickly and tidily. Animals is an example of yet another brilliant Pink Floyd album cover, and is actually much better known than any of the songs on the album. The massive inflatable pig which, on the cover, floats ominously over the bleak Battersea Power Station, became a staple of the band's live shows for many years. It is even featured in the Homerpalooza episode of the Simpsons, though it is blasphemously made a part of Peter Frampton's live performance. While shooting the photo that would be come the album cover, the pig broke loose of its moorings and flew into the flight paths of planes landing at Heathrow Airport. It was reported by many an airline pilot, including one who was given a breathalyzer test. Despite all these difficulties, the final cover is legendary and easily one of the best album covers of all time, fitting for such a fabulous album. 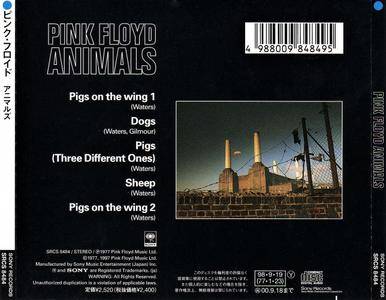 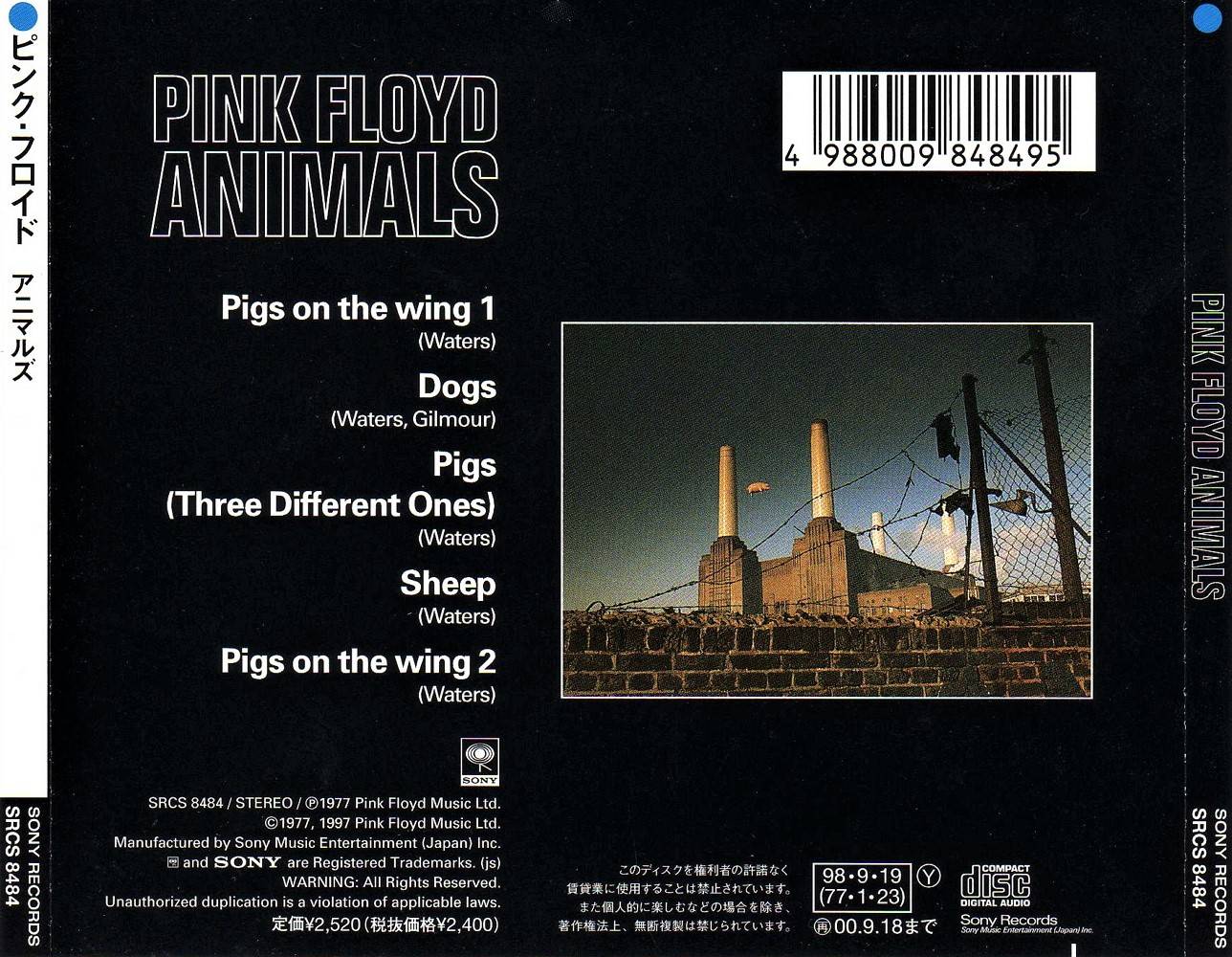 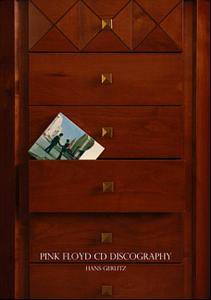 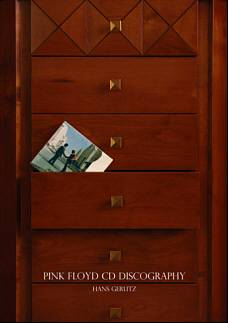 This discography includes the official releases of Pink Floyd albums and albums from the band members, singles, promotional and related issues on CDs and other optical discs. Counterfeits, pirates and bootlegs are not included. 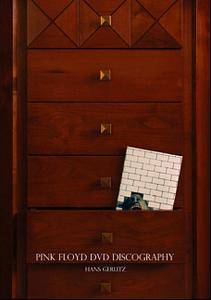 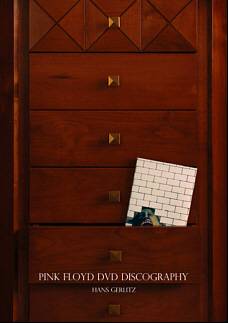 This discography includes the official releases of Pink Floyd, band members and related video material on DVDs and other optical discs.
Counterfeits, pirates and bootlegs are not included.

This discography is a reference guide, not a book on the artwork of Pink Floyd. The photos of the artworks are used solely for the purposes of distinguishing the differences between the releases. The product names used in this document are for identification purposes only. All trademarks and registered trademarks are the property of their respective owners.

Permission is granted to download and print this document for personal use.

Many thanks to the original uploader: yrich


PINK FLOYD and many, many more!

Easy Star All-Stars 2003 Dub Side Of The Moon

The Flaming Lips 2009 The Flam...oing The Dark Side of the Moon

The Squirrels 2000 The Not-So-Bright Side Of The Moon

……
Welcome to My Blog for more wonderful music!
……