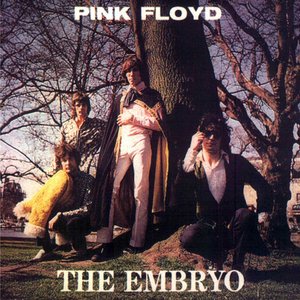 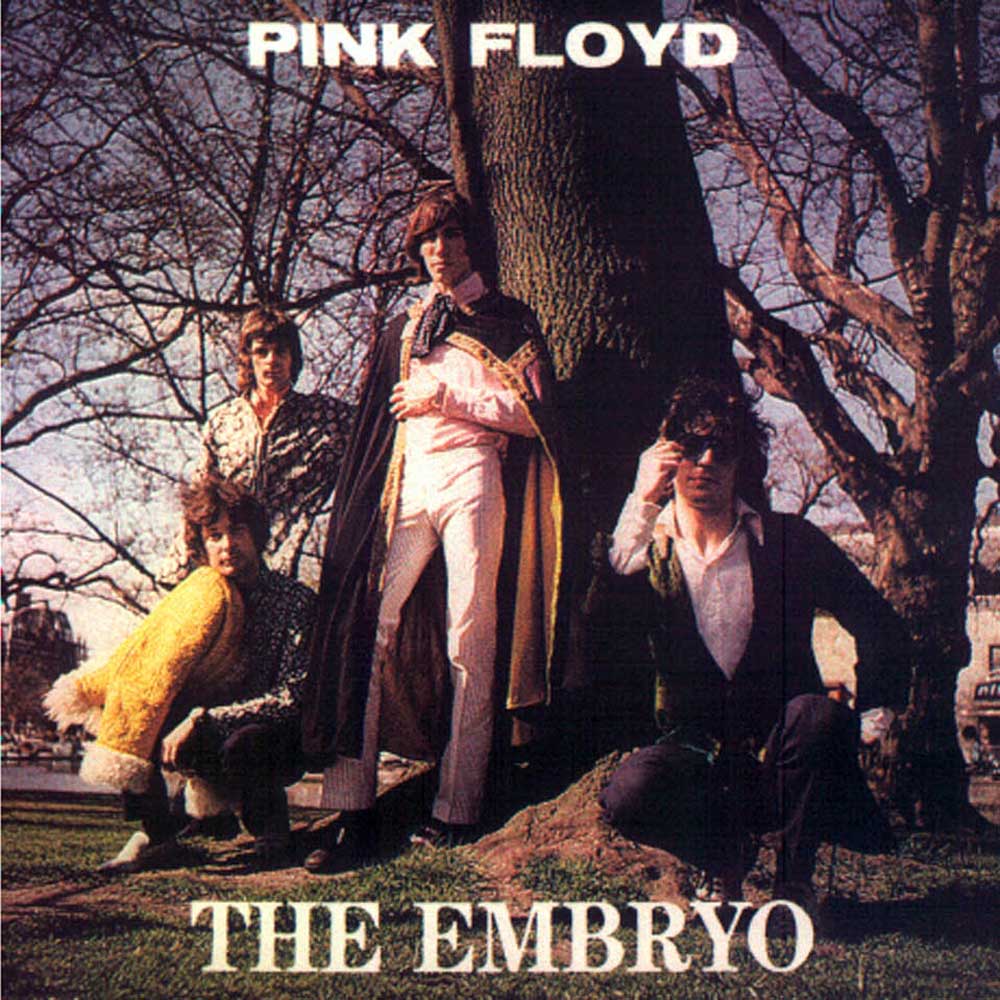 When they started making bootleg compact discs in 1988 and 1989, this was one of the first I bought. It's a Pink Floyd disc on The Swingin' Pig called The Embryo, consisting of songs performed for BBC Radio in 1968 and 1969. While Syd Barrett is shown on the cover, he was already out of the group by the time he did these sessions. The Embryo is only eight songs in length running just over 30 minutes, but I always liked this one quite a bit, especially for "Murderistic Woman" (also titled "The Murderotic Woman" on other discs), which would become "Careful With That Axe Eugene". (As was the case with most CD's from the mid to late 80's, volume levels are relatively low so I raised the peak levels for each track. No adjustments to the EQ has been done.) 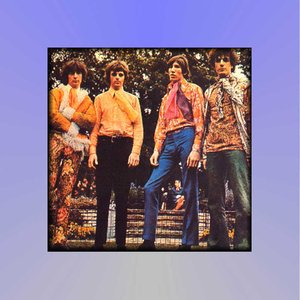 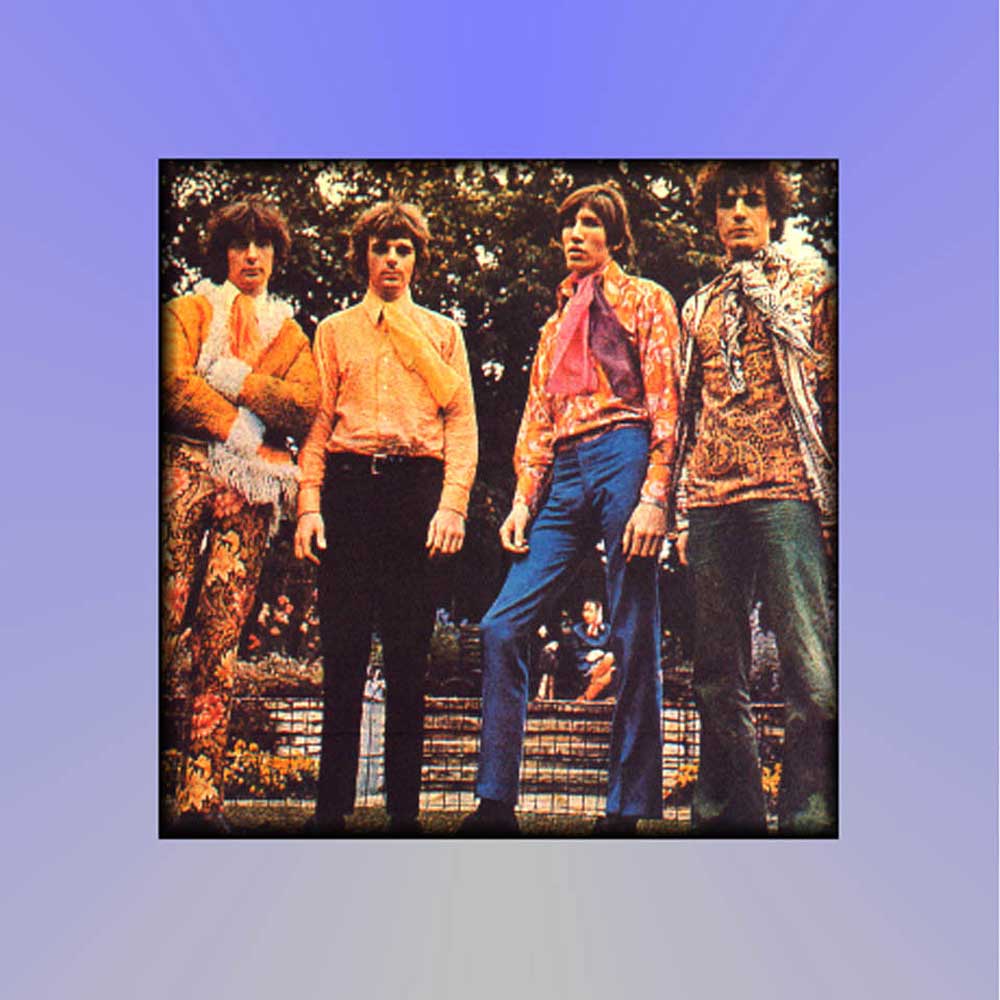 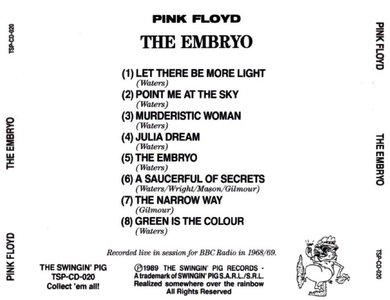 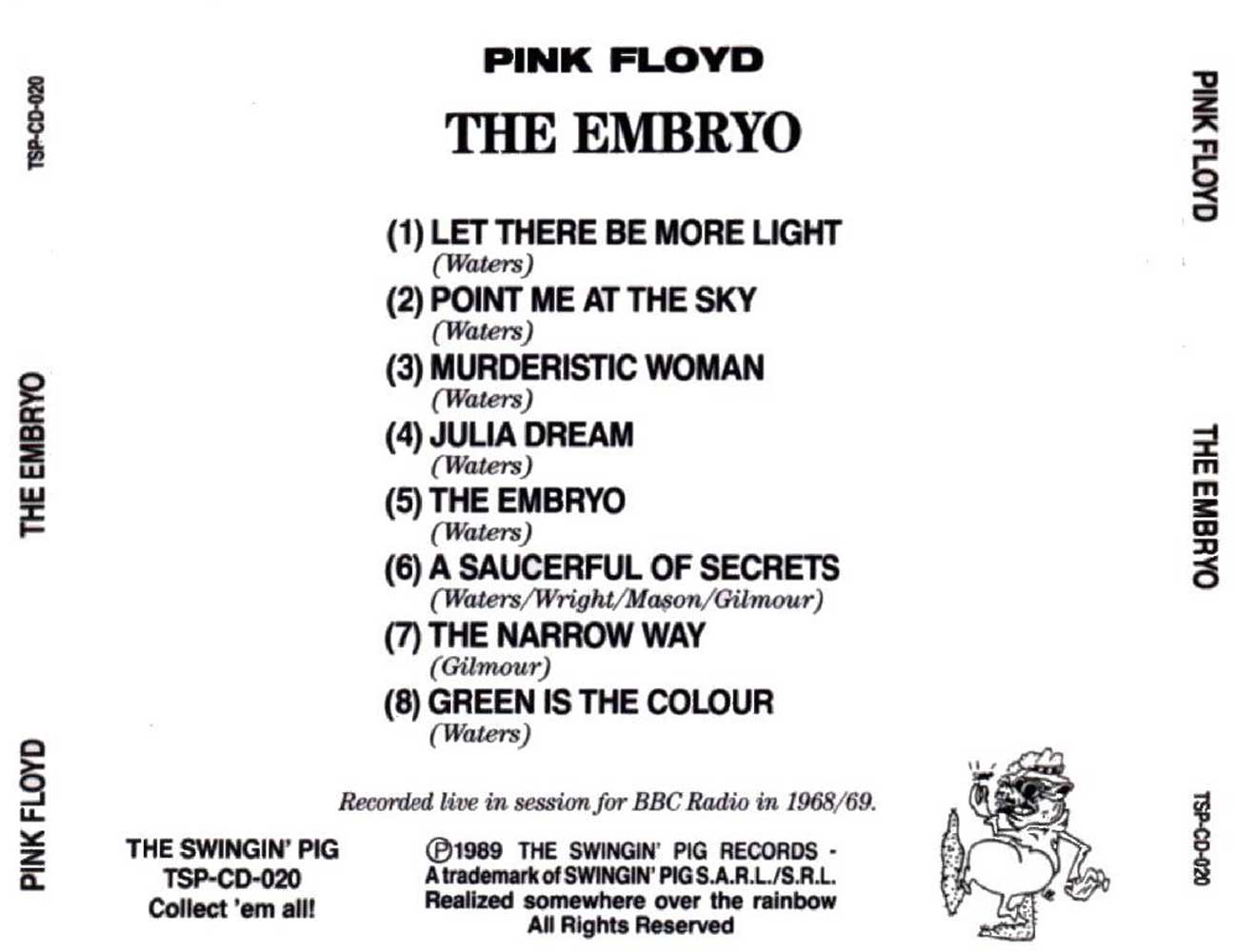