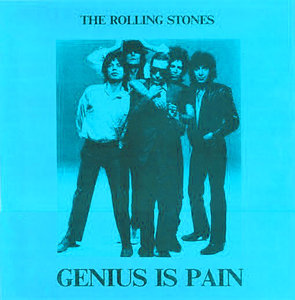 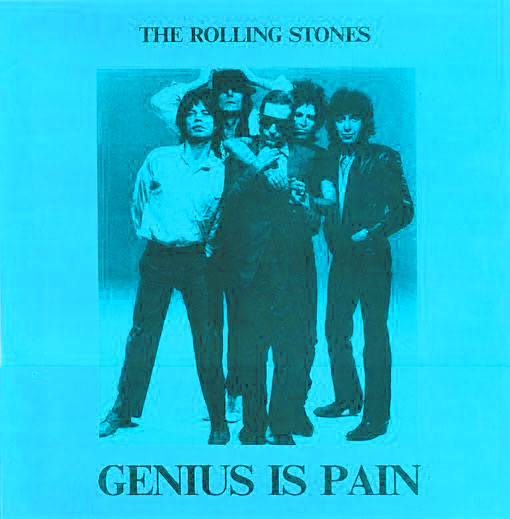 Genius Is Pain is a Rolling Stones bootleg album originally released in the early 1980's, consisting of recording sessions from 1977-1978 at Pathé Marconi Studios in Paris, France as they were recording Some Girls. This includes an early attempt at "Start Me Up" that wouldn't be released until 3-4 years later on their Tattoo You album. Only 135 copies of this album were originally pressed before it was released under different tiles, some by other labels, some by the same label but incognito. Recordings sound as if they were sourced from cassette but come from the original bootleg record. 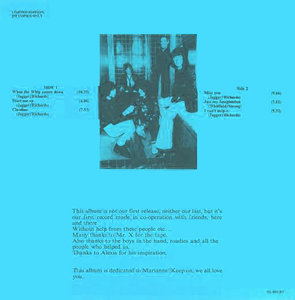 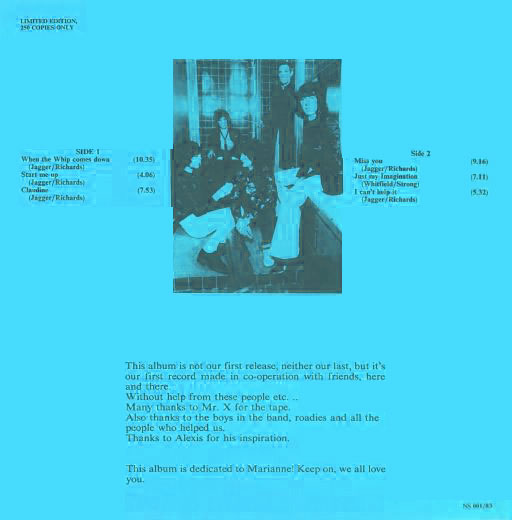