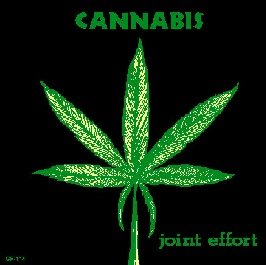 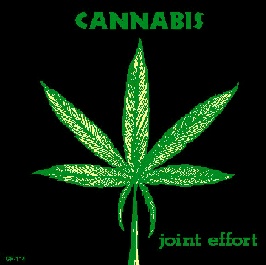 
Cannabis- The Rhode Island Band that released the controversial "Joint Effort" LP in 1972. Includes their Amphion Seahorse Single "Goin' Back" b/w "See You In The Morning". All original 10 LP Tracks in their entirety and yes, even a song about pot!!!

You might think a band with a name like Cannabis would be a heavy acid/psychedelic outfit, and there are some indistinct psyche influences on Joint Effort, but the album is moreso a slice of polished, keyboard-dominated pop with soaring harmonies and strong vocals. And, surprisingly, there is only one blatant reference to marijauna ("I Can't Roll"), and it is not necessarily an endorsement. It is, on the other hand, a good vehicle for some McCartney-esque anthemic melodicism. "See You In the Morning, " too, sounds like a Paul McCartney ballad with heavier, echoed vocals, and, in fact, the cute Beatle can be found all over the album, especially in the lead vocals of Keith Tweedly and the ringing pop/rock (references include Abbey Road-period and early solo McCartney) of many of the songs. The most rock & roll aspects of the Beatles (particularly the electric piano from Let It Be) seem, in general, to be good reference points for Cannabis' only album. The band, though, is not really a sub-Beatle group; they apply numerous styles, from vocal harmonies on "Sleeping Bride" that recall Queen to the ringing Byrds-like guitars of "Once Again." All those flourishes, however, really seem to be efforts to obscure the fact that some of the songs are not much other than pleasant to workmanlike attempts, though even then Tweedly's uncanny McCartney imitation makes the songs seem prettier than they actually are. They are nice going down but don't leave much of an aftertaste. Still, there are bits and pieces of the album that are truly impressive. "See You In the Morning" is fabulous, with touches of solo John Lennon-like piano balladry and a sweeping melody. The same goes for "Sleeping Bride, " carried by marvelous harmonies and Gary Wilkinson's tremendous (as it is throughout the album) bass playing. The best song on the album, though, is the delicate, enchanting "Smiles, " driven entirely by acoustic guitars. Those three songs alone make Joint Effort more successful than most one-shot acts from the era. The songwriting duo of Wilkinson/Randall was not Lennon/McCartney, but it showed considerable promise. In the end, though, the album falls several hooks short of a wholly satisfying album. — Stanton Swihart