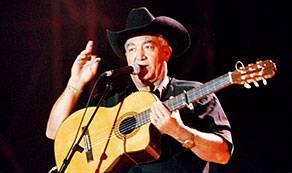 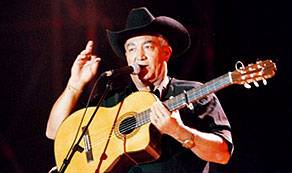 ELIADES OCHOA was born in June 11, 1946 at Songo La Maya, Santiago de Cuba Province and since 1958, he is living at Santiago de Cuba City, where he has pursued his artistic career. Since early years, he learned how to play the guitar and tres, achieving also vocal qualities, exhibiting them through the interpretation of Cuban traditional music as Sones, Guarachas, Guajiras and Boleros.

His professional career started at the 60s, with Oriental Quintet and later on he entered Típico Septet. In 1978, joined Patria Quartet as director and singer. In 1986, he shared a recording with the luminary Cuban singer Francisco Repilado, well known as Compay Segundo, 'El Chan Chan' and in 1989 they made different presentations in Washington, Guadalupe and Dominican Republic. In 1997, he took part of Buena Vista Social Club record, winner of a Grammy Award.