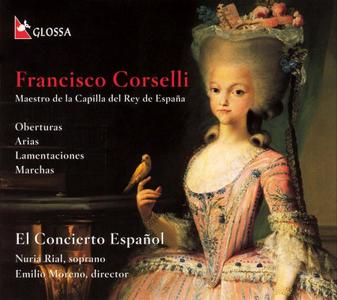 The first disc from El Concierto Español, the orchestra founded by the violinist Emilio Moreno (who is both a founding member of Frans Brüggen’s Orchestra of the Eighteenth Century and a great champion of Spanish music) is dedicated to one of the most important composers of the 18th century in Spain, Francisco Corselli. Of Italian origin, Corselli spent a considerable part of his career working for the Spanish court, to which he brought the opera seria which was enjoying so much success elsewhere in Europe at the time.