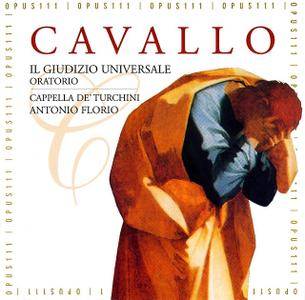 The priest Giuseppe Cavallo was Maestro di Canto of the Conservatorio de Santa Maria de Loreto from 1672 until his death in 1684. Otherwise, virtually nothing is known about the composer, and it is only due to the musical archive of the Oratorio di Napoli, a treasure trove of rare scores, that a handful of Cavallo's works survive, including Il Giudizio Universale. This sacred oratorio presents Christ and Saint Michael, a pair of angels, two mortals, and four souls–two damned, two blessed–and begins with Christ commanding the angels to bring on the Last Judgment. What follows is a finely crafted musical drama, except for the confusion caused when the otherwise immaculately presented album fails to reveal which of the seven singers (two sopranos, three tenors, and one bass) is singing which parts.