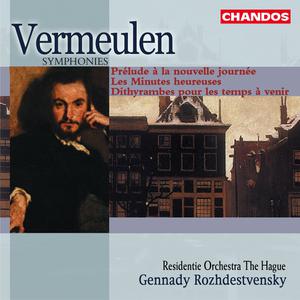 Dutch composer Matthijs Vermeulen’s wildly complex and inventive music resists easy classification, and yet it does not really do his work justice to say it is an amalgam of Berg, Varèse, Ives, Hartmann, Pettersson, and others. But in effect that is just what it is–an inscrutable, polymelodic kitchen-sink approach to composition. And it is no less fascinating as a result. At once relentless, frantic, fierce, and desolate, Vermeulen’s compositions were barely performed during his own lifetime (1888-1967), and he did not help his cause by systematically estranging himself from the musical establishment (Mengelberg, among others).