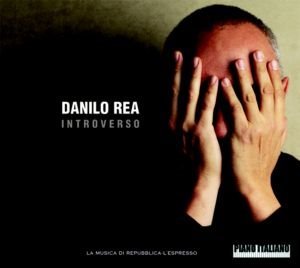 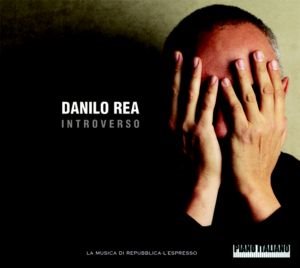 The fourth release of Italian Jazz pianist & composer Danilo Rea "Introverso" features alluring elegant originals that reconstructs his story and artistic experiences of different periods of his long career. A wonderful journey into his music with the accompaniment of the Trio di Roma, Doctor 3 and Maria Pia De Vito.

"The jazz pianist Danilo Rea proposes his new novel titled cd ''Introverso'', a kind of autobiographical journey in music, which traces the various and different stages of his long career. The various pieces of the CD reflects aspects of his personality and style as a pianist.

One of Italy’s leading jazz pianists, Danilo Rea received a solid musical training, obtaining his degree from the Santa Cecilia Conservatory in Rome. Among the artists he has worked with on-stage and in the recording studios are Chet Baker, Lee Konitz, Steve Grossman, Bob Berg, Michael Breker, Billy Cobam, Aldo Romano, Dave Liebman, Joe Lovano and others. In the field of pop music his peerless credentials include Mina, Pino Daniele, Claudio Baglioni, Fiorella Mannoia and many others. He has worked with Giovanni Tommaso’s quintet “Lingomania” (Top jazz 1987). He has given concerts in Italy ,France, England, US, India, Senegal and China. Together with percussionist Roberto Gatto he recorded Improvvisi (Gala Records). He is currently co-leader of the trio “DOCTOR 3”(with Enzo Pietropaoli and Fabrizio Sferra), one of the most highly-acclaimed groups in Italy. Under the “Via Veneto” label he has recorded the solo CD Lost in Europe which brings together the highlights of his year 2000 tour. He is also much sought-after as a performer in classical music settings. Noteworthy among these are Roberto De Simone’s Requiem for PierPaolo Pasolini under the direction of Zoltan Pesko at the Teatro San Carlo in Naples. At the Teatro Rossini in Pesaro, in-ensemble , he performed in “Rossini, mon amour” production for the “Rossini Opera Festival”. He has also appeared with Roberto Gatto in the context of a jazz festival at the Teatro dell’Opera in Rome. In recent years he has dedicated himself to teaching and master classes in jazz and improvisation techniques. 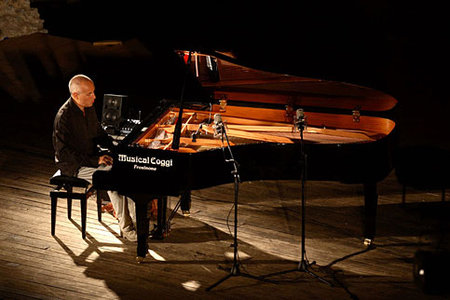 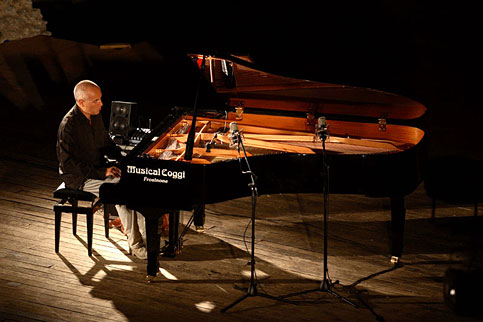