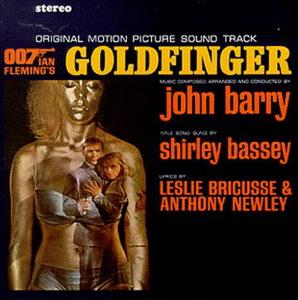 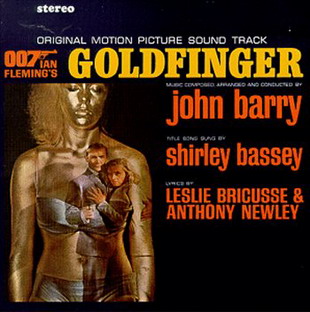 Goldfinger is the first of three James Bond films with a theme song sung by Shirley Bassey. Though she only performed three out of the many Bond film theme songs, her strong, brassy style became a Bond theme trademark. "Goldfinger" was written by John Barry and Anthony Newley. The theme was originally recorded by Newley, but was rerecorded with Bassey for the film and the soundtrack. Bassey's theme sold over a million copies in the United States awarding her a Gold album. In the United Kingdom the theme reached number 21 on the charts.

The film's soundtrack was composed by John Barry, marking this as his second credited James Bond film soundtrack.