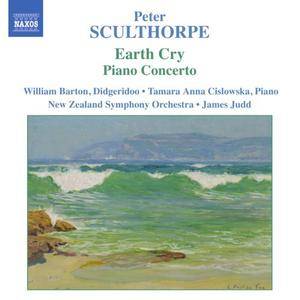 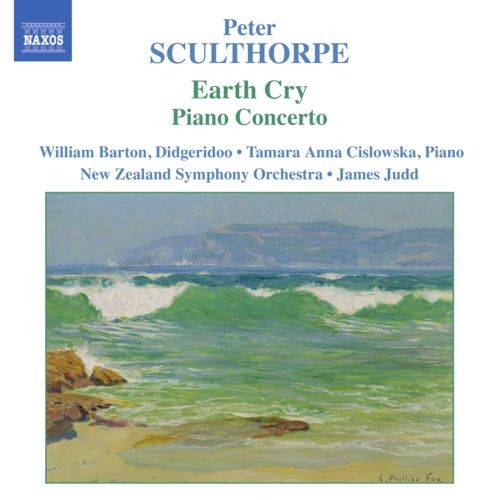 This recording of music by Tasmanian-born Peter Sculthorpe contains works that are related to the unique social climate and physical characteristics of the Pacific region. Earth Cry for didgeridoo and orchestra is a straightforward and melodious work whose four parts comprise quick, ritualistic music framed by slower music of a supplicatory nature and an extended coda. The Piano Concerto, written within the European concert tradition, is in one continuous movement, consisting of five sections with musical ideas from the ancient court music of Japan and the Balinese gamelan. From Oceania is composed in what is known as Sculthorpe’s Sun Music style, in which the orchestra is treated like a giant percussion instrument.