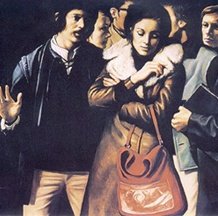 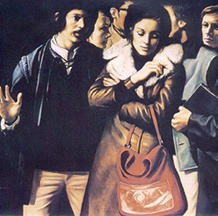 Mostly known for their debut album "Friendship" from 1971. This was the first double-LP released by any Norwegian band. And historical in that way. But it is also counted as one of the very best Norwegian rock albums ever, any genre included. It is a good feeling to have the ability to like progressive rock. To fully enjoy the pleasure of listening to this album. But that feeling goes for a stamp-collector as well I believe, studying his favourite stamps. People are different and thank God for that. Hmm, back to the case. Junipher Greene seems to bubble over of ideas by the time they created "Friendship". And it seems to be no problem for them to fill up all of the four LP-sides with good music. Of course, a double LP at the time was no longer than many single CD's today, but anyway (and by the way, the CD re-release of "Friendship" is also a single CD). The music on "Friendship", is typical seventies progressive rock. Changes in tempo and atmosphere. Good melodies, playfulness, rawness and variation. Good vocal and excellent guitar playing comes together with a steady rhythm section, raw and sometimes playful organ and flute. And yes, beautiful flute passages and some use of mouth organ spices up the music as well. Indeed brilliant. And never boring. There is more releases from the band after "Friendship". Some of the members had quit by then, and it was a major change in direction of the music. More over to a straight rock style. I don't know the following albums myself. But some of it should be very good rock music, and maybe a bit underestimated. But it is still "Friendship" that is the essential album for the listener of progressive rock.