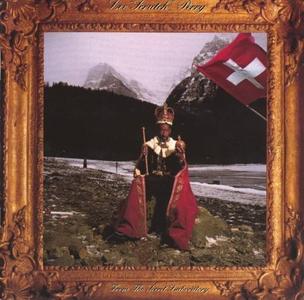 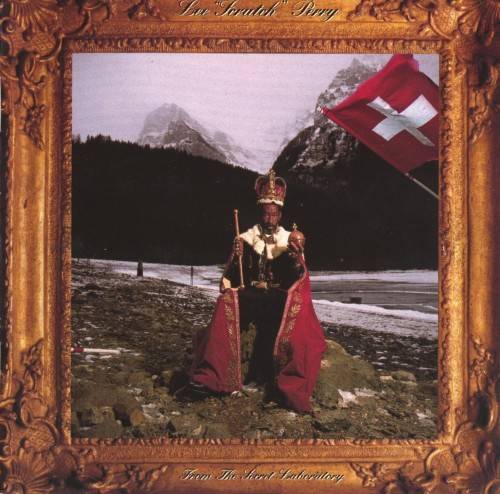 As zany as ever, Lee Perry here serves notice that he's also as capable as ever
– even in the '90s – of putting out quality material.
A second collaboration with ON-U Sound producer Adrian Sherwood,
this largely unheralded set easily outshines 1987's overrated Time Boom X the Devil Dead, in my opinion (yes).
Unlike that album – and unlike some of Perry's '80s and '90s material –
the songs on From My Secret Laboratory sound mostly fresh and likeable.
Scratch is at his best when his madness is tempered by truly good music, and this album delivers exactly that.
"Push, Push," for instance, is about as funky as anything he's ever put out,
while "Seven Devils Dead" has a great emotional, apocalyptic feel to it.
A remake of his collaboration with Augustus Pablo, "Vibrate On," is also included, accompanied by Perry's loony vocals.
"You Thought I Was Dead" meanwhile wins for best title (although some might prefer "African Headcharge in the Hackney Empire"),
and it is as good as its name (while "African Headcharge" is not).
As with some of Perry's latter-day stuff, Perry here explores some different styles -
- sometimes it works, as with the dancehall-rhythmed "Secret Laboratory,"
and sometimes it doesn't, as with the techno-ish "I Got the Groove."
Most of the music, however, is good ol' roots and dub, albeit with a slightly more moderns edge….
…and, as he says: if you thought I was dead, I'll come back to fly upon your head.