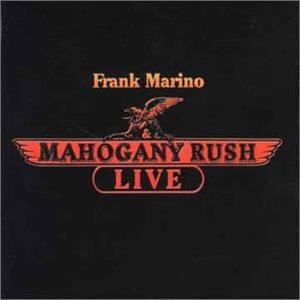 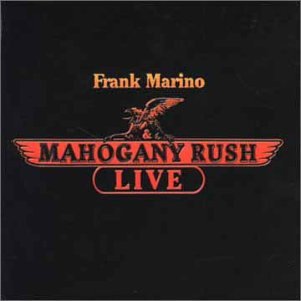 Those canadian guitarists they rule…

Info : If you have http://www.avaxhome.ws/music/100_hits_bl_rock.html grabbed,
( before it vanished away )
then you've already heard 2 songs from this band…


AND NOW !… some copy/paste from the www, just to comply with rules …

Frank Marino and Mahogany Rush (Mahogany Rush 1970-6). Hard-rock/heavy-metal band formed in 1970 in Montreal by the guitarist and singer Frank Marino with the drummer Jimmy Ayoub and the bass guitarist Paul Harwood. The group initially patterned itself after contemporary British blues-rock bands, and Marino adopted the exhibitionist style of the US guitarist Jimi Hendrix. After making its first three LPs 1972-4 in Canada for Kot'ai (Maxoom, KOT-3001; Child of the Novelty, KOT-3302; Strange Universe, KOT-3308) the trio moved to the USA. Six LPs followed 1976-81 for Columbia: Mahogany Rush IV (KC-34190), World Anthem (PC-34677), Frank Marino and Mahogany Rush Live (PC-35257), Tales of the Unexpected (JC-35753), What's Next (JC-36204), and Power of Rock 'n' Roll (FC-37009). The third of these was recorded in various cities during one of the band's several extensive US tours. Marino's performance with Mahogany Rush at the California Jam II rock festival also was issued in part on record (2-Col PC2-35389).
The band made its British debut in 1977, toured Japan late in 1978, and returned to Canada for occasional appearances. Marino (b Montreal 20 Nov 1954), was described in this period as 'a rip-roaring, crowd-pleasing rocker whose playing runs from excessive repetition for its own sake to fine solo work that reveals several influences… of the many aspects of Hendrix's style, the one most successfully interpreted in concert is the rampaging firebreather - stoked with wah-wah, distortion, feedback and bizarre harmonics' (Tom Wheeler, Guitar Player, Jun 1978). During the 1980s Marino worked with other musicians, including his brother Vince, also a guitarist, and dropped the Mahogany Rush name for the LPs Juggernaut (Col F-38023, issued in 1982, with the popular 'Strange Dreams') and Full Circle (Maze ML-8011, released in 1986). However, his 12th album, Double Live (Maze MMAL-6004), issued in 1988, found the Mahogany Rush name restored. Marino remained a nightclub attraction in the early 1990s.