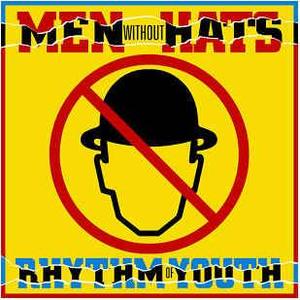 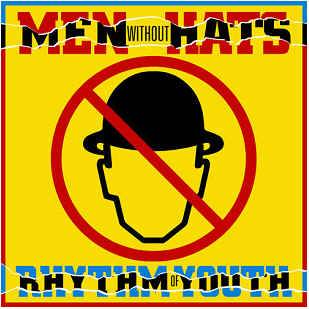 Men Without Hats were a Canadian pop group from Montreal, Quebec who were popular in the early 1980s. They were characterized by the deep, expressive vocals of their lead singer Ivan and their elaborate use of synthesizers and electronic processing. Their most-remembered single was entitled "The Safety Dance".

Men Without Hats were always, at the core, Ivan Doroschuk and his brother Stefan, with various other members, including a third brother, Colin Doroschuk, as well as Jeremy Arrobas, Tracy Howe, Roman Martyn, Lenny Pinkas, and Allan McCarthy. They emerged with an EP called Folk of the 80s (1980). Tracy Howe was only with the band briefly, but long enough to be credited on a reprint of Folk of the 80s, despite not appearing on it.

A popular but unconfirmed tale is that the name originated from a misread announcement to one of their early gigs as "Men Without Hate" by a francophone MC in Montréal.

The band erupted onto the international scene a couple of years later with their hit single "The Safety Dance" from their debut album Rhythm of Youth. They also charted with the title track from their 1987 album, Pop Goes the World.

Their 1991 album Sideways, dominated by processed electric guitars instead of keyboards, revealed a dramatically different sound for the band. The album failed to attract an American label, and the band broke up.

Following the break-up, Ivan released a solo album, The Spell, in 1997. Stefan and Mack MacKenzie (of 3 O'Clock Train) released Ride of Glory, a post-modern Western-themed CD.

Stefan and Ivan regrouped to release "No Hats Beyond This Point" in 2003. The song "Pop Goes The World" is featured in the movie Date with an Angel (1987), starring Phoebe Cates, Emmanuelle Béart and Michael E. Knights.

P.S.
Don't hesitate to visit my RS-Folder - it's great source of 80's hits. I'm adding new song almost every day as my collection grows. Some of them are really "hard to find", like Classix Nouveaux, Maggie Reilly, Blancmange….
http://rapidshare.de/users/CT05DE
password:
neoplanta