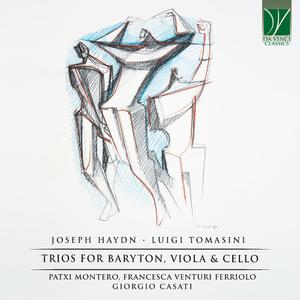 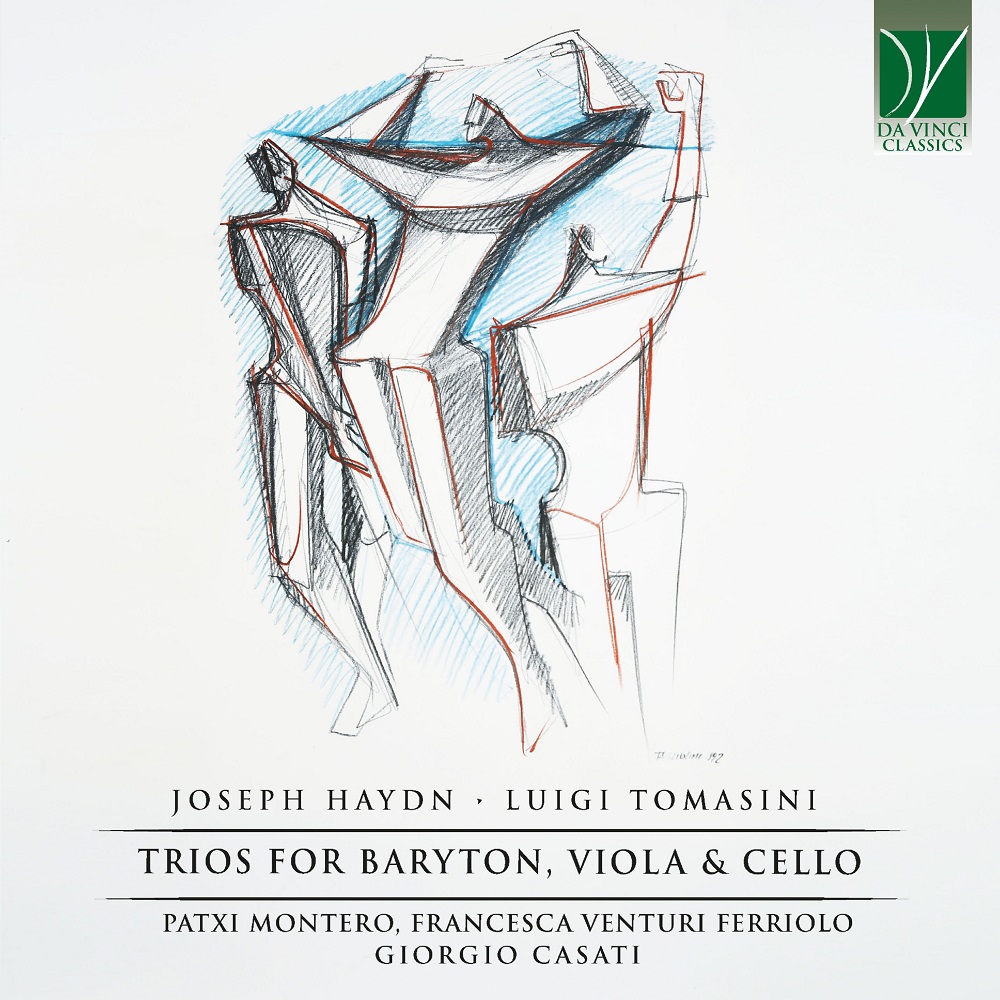 Music patronage is something many musicians today look back to with deep nostalgia. The presence of rich, frequently aristocratic men and women who liked to spend a conspicuous part of their wealth on music, thus providing bread and opportunities to countless composers and performers, is regarded as a true blessing for art history and for those who lived it.

A musician in the service of a wealthy patron was normally freed from the daily worries haunting the free-lance performer, constantly depending on the theatre’s openings, on the audience’s taste, on the continually changing fashion in music. However, on very few occasions throughout the history of music did the wealthy patron actually leave carte blanche to his protégé; such phenomena were comparatively more likely to happen in the twentieth century, when the artist’s status could be idolized. This was largely the result of the Romantic cult for the genius, in which artists, musicians and creators had acquired widespread social recognition. A musician of Beethoven’s standing could stand on equal footing with princes, and thought of himself as above them – as is clear with Beethoven’s striking out of Napoleon’s name on the title-page of the Heroic Symphony.

The figure of Beethoven is crucial for establishing the social position of the artist (and particularly of the musician) as one of the most respected public actors. His comparatively long life, which allowed for his career to ascend and for his persona to become legendary already in his lifetime, along with the strength and power of his personality easily contributed to creating his myth.

In turn, Beethoven was harvesting the results of the previous generation’s initiative in freeing itself from that world of patronage. Mozart had abandoned the certainties and safety of his employment in Salzburg, in the service of the Archbishop-Prince Colloredo, in favour of a life as a freelance. This was to be subjected to the ebb and flow of a “Bohemian” artist’s life, and, as is known, Mozart himself died prematurely as a pauper.

Beethoven was never in the employment of a patron; still, he was generously supported and financially sustained by the same nobility and aristocracy from which Mozart had fled. In recognition of the artist’s status and of his genius, Beethoven received stipends from his patrons, without having to depend on them too directly. Beethoven could write following his inspiration and taste, perhaps dedicating his works to his munificent supporters, but with few or no external constraints.

The pros and cons of a stable employment are in fact perfectly embodied in the life and experience of Franz Joseph Haydn. His brother, Michael, had been a colleague of the Mozarts (Leopold and Wolfgang) in Salzburg. Haydn would become the most influential teacher with whom Beethoven himself studied; and those same patrons who would contribute to his career hoped that he could receive Mozart’s spirit from the hands of Haydn.

Undoubtedly, Haydn is one of the greatest composers of all times, and – together with Mozart, Beethoven and Schubert – constitutes a pillar of the Classical Viennese tradition. Still, there are vast portions of his large output – the fruit of toil and labour during his whole long life – which are virtually unknown even by the most enthusiastic music lovers.

It is unconceivable to imagine that almost two hundred pieces by Mozart or Beethoven be ignored by the large public. And yet this is what happens with Haydn’s Baryton Trios.

The reasons for this neglect are easily and sadly explained: it is not due to a lack of beauty in the pieces themselves, but merely to the very protagonist of these masterpieces. The Baryton is the true culprit, but also, of course, one of the reasons for their beauty.

The Baryton is an instrument in the family of the bowed strings. Its closest relatives are probably the viola da gamba and the bass viol, with which he shares the general shape. However, it is also related to the lyra viol and the bandora, a plucked string instrument which in turn derives from the cittern.

Similar to its bowed string relative, the Baryton has normally six or seven strings made of gut, which are bowed and are arranged on a fingerboard provided with frets. Similar to the bandora, however, the Baryton possesses a set of wire strings which accomplish a double function. On the one hand, they tend to resonate sympathetically when the same note is played on the gut strings. In this way, they amplify and enrich its sound; the slightly buzzing noise they produce has earned the instrument the Italian name of viola di bordone (Drone Viol).

On the other hand, however, these strings can be plucked by the performer, and thus put independently into vibration. Therefore, the baryton lends itself to be played as two instruments together, although considerable skill is required in order to do so.

And this represents one of the problems of the Baryton, qualifying it as a “culprit” for the neglect of Haydn’s wonderful works for this instrument. The Baryton is an extremely difficult instrument to play. This in turn is the cause for another cause of the Baryton’s oblivion. Given its difficulty, it did not appeal to many amateur musicians (with one notable exception, as we will soon see); therefore, musicologists estimate that the overall number of Barytons that saw the light in the eighteenth century did not exceed fifty specimens.

The notable exception was, of course, that of Prince Nikolaus II Esterházy, who happened to be Haydn’s employer. If we previously said that Haydn toiled hard throughout his long life, this statement needs perhaps qualifying. He did toil hard, but he toiled harder after a particularly harsh rebuke he earned from Esterházy.

In 1765, Nikolaus – who was an accomplished amateur player of viola da gamba – bought a Baryton, and this choice was to be momentous. At roughly the same time, he vehemently expressed his disappointment in his employee, Haydn, for his seeming laziness. He formulated his scolding as follows: “Finally, said Capelmeister Haydn is urgently enjoined to apply himself to compositions more diligently than heretofore, and especially to write such pieces as can be played on the gamba [i.e., baryton], of which pieces we have seen very few up to now; and to be able to judge his diligence, he shall at times send us the first copy, cleanly and carefully written, of each and every composition”.

Haydn obediently accepted the task, and began write his large output of pieces for Nikolaus. Most of them are trios; probably Haydn himself played the viola, and the cellist varied from time to time, whilst the Baryton part was always performed by the Prince. Works for other instrumental combinations are also found, however. Each time Haydn completed a set of twenty-four trios, he bound them richly “in leather and gold”, thus constituting a finished set. Such collections date from every year between 1766 and 1768, and are followed by two more volumes in 1771 and 1778.

They are clearly conceived as an instrument for the Prince’s musical enjoyment. This implied some consequences. Firstly, they had to be not exceedingly difficult, since the Prince’s skill had to shine throughout the performance, and he was an amateur player, after all. Secondly, and contrariwise, they had to offer technical and musical challenges, so as to amuse, entertain and encourage the nobleman. It has been observed that his skill must have increased with time, since new technical difficulties are introduced as the collections progress. Thirdly, the Baryton part had to outshine the others, so that this rare instrument hardly misses one of Haydn’s beautiful tunes. All this is wonderfully displayed in the three lovely Trios by Haydn recorded in this Da Vinci Classics album. Along with them, however, two further gems are found in this CD, i.e. two Divertimenti written by the lesser-known Aloisio or Luigi Tomasini. Born in Pesaro in 1741, Tomasini received his musical training in his city; while in his teens, he was discovered by another Esterházy, who intuited his talent and invited him to join the Esterházy family orchestra in Eisenstadt. Later, the young musician was sent to Venice, where he probably studied with Tartini; he may also have received music lessons from Leopold Mozart. After these “master classes”, as one could dub them, Tomasini went back to Eisenstadt where he was in the employ of the Esterházys. He was Haydn’s close collaborator: when the Austrian musician was chapel master, Tomasini was his Konzertmeister, and would succeed him as Kapellmeister in 1766. Different from Haydn, Tomasini had a large family, and several of his children would follow in his footsteps as professional musicians.

Tomasini’s compositional output is varied, and comprises symphonies, solo works for his instrument, the violin (e.g. symphonies, concertos, sonatas); similar to Haydn, he also practised frequently the form of the string quartet. However, similar to Haydn once more, he wrote several works for Baryton: compared with Haydn’s five volumes of 24 Trios each, his output is more limited (one set of twenty-four!), but still it represents another major contribution to the repertoire for this forgotten instrument, and is to be prized in terms of quantity and quality alike.

Together, the pieces recorded here provide us with a valuable insight into the musical world of the past, and revive the experience of a sound whose memory would otherwise be lost.