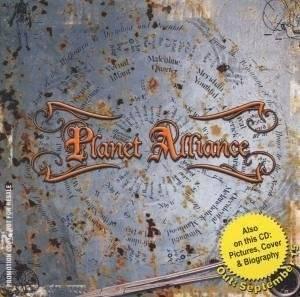 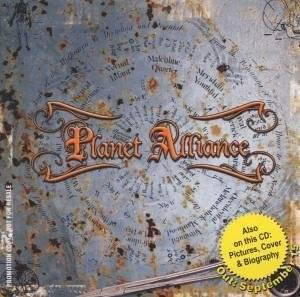 Planet Alliance is an apt name for this project. A stack of European melodic metal stars have formed an alliance to record this record.
Stars of Cloudscape, Last Tribe, Ozzy Osbourne, Hammerfall, Freak Kitchen, Narnia, Rob Rock and more gather under the watchful eye of Magnus Karlsson (Last Tribe, Allen/Lande) to produce something similar to Karlsson's recent work such as Starbreaker, Allen/Lande and Tony O'Hora.
Far from an instant album, this one takes a lot of listening to and in the end doesn't quite reach the heights that Karlsson's previous work has. It has the same style, but not the same substance.
For the names involved, it could be a better album than it is, but I think that all comes down to the songs featured. Karlsson has set the bar impossibly high with his previous work and while this album features a similar style and theme, it just isn't as memorable as the aforementioned recordings. I think the album repeats itself a little and for whatever reason I am not warming to the voice of vocalist Mike Andersson (Cloudscape) as much in this context.
Looking through the tracks, The Real You is a knockout opening track – the most commercial and instantly memorable song of the album, with a slight gothic overtone and a killer double kick-drum tempo.
Remember Me also features a strong chorus, but it required a few listens to get into properly.
Ain't No Pleasin´ You is one track I don't think works as well as intended. It doesn't flow as well and the chorus isn't the most likable.
Calling My Name is better from the outset. A frantic pace and instantly cool guitar riff/song melody. A good chorus, but some killer guitar work.
A Taste Of Paradise is an example of where the album begins to sound a little same-ish.
The Quickening is a nice variation – a slower, moodier approach and one of the album's best tracks.
Divided We Stay and It's Your Cross To Bear offer more of the same as earlier tracks, but perhaps without the standout choruses.
On a brighter note, The Great Unknown and Where To Go are stronger tracks and are the best of the second half of the record.
The Bottom Line
If the collaborated artists plan to continue to work under this banner, then this is a good start. As a stand alone melodic metal release, it is solid, but perhaps isn't quite as alluring as some other albums out there.
Competition in the market place is stiff and with this release I tend to think that I have heard it before. That said, what I do hear, is mostly still very good and the sound quality is unquestionable.

Once A Rocker Always A Rocker