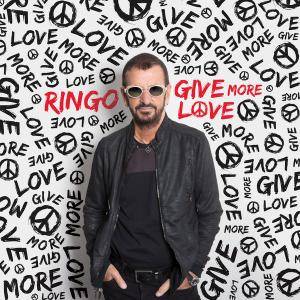 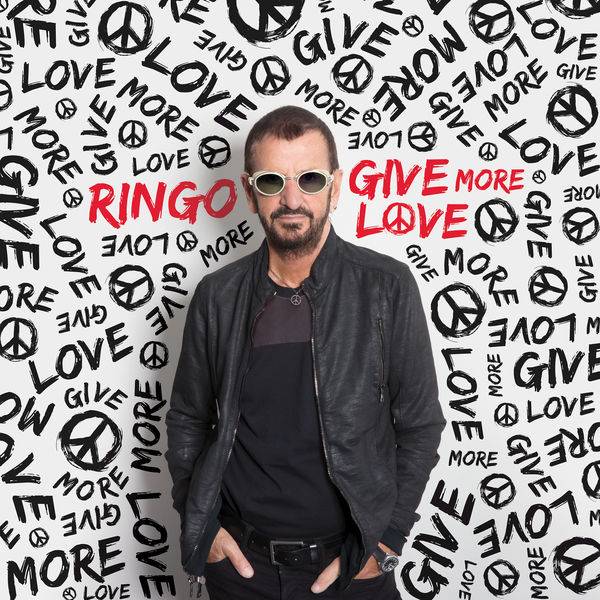 Give More Love is the upcoming nineteenth studio album by English musician Ringo Starr. The album was announced on 7 July 2017, Starr's 77th birthday, with the release of the title song as the first single. The album is scheduled to be released on 15 September 2017 by UMe, and features appearances by Starr's former Beatles bandmate Paul McCartney, as well as frequent collaborators such as Joe Walsh, Dave Stewart, Gary Nicholson, and members of the All-Starr Band.

Starr began working on the album following the release of Postcards from Paradise and a tour with his All-Starr Band. Starr initially recruited longtime collaborator Dave Stewart to help him produce a country album in Nashville, but ultimately ended up recording mostly rock tracks in his home studio. The album features a number of Starr's regular collaborators, including former and current All-Starr band members Steve Lukather, Peter Frampton, Joe Walsh, Edgar Winter, and Timothy B. Schmit.

The album consists of ten new original tracks and four bonus tracks; the bonus tracks are all re-recordings of songs previously released by Starr. The re-recording of Starr's single "Back Off Boogaloo" is based on Starr's original demo of the song and features Electric Light Orchestra founder Jeff Lynne and Eagles member Joe Walsh on guitar, the re-recording of "You Can't Fight Lightning" from Stop and Smell the Roses features the Swedish band Alberta Cross, and the re-recordings of Starr's song "Photograph" and his Beatles song "Don't Pass Me By" feature the American band Vandaveer.

Starr officially announced the album on 7 July 2017, his 77th birthday, and simultaneously released the title track as a single via streaming services and digital download. The track "We're On the Road Again", featuring McCartney, Lukather, Walsh, and Winter, was released as a second single on July 28, 2017. The country track "So Wrong For So Long" was released as a single on August 18, 2017. The album is set for a CD and digital release on 15 September 2017, with a vinyl release set one week later on 22 September.