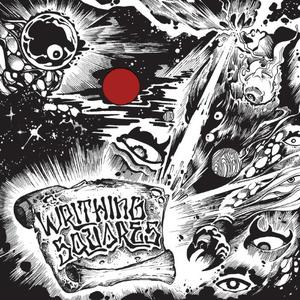 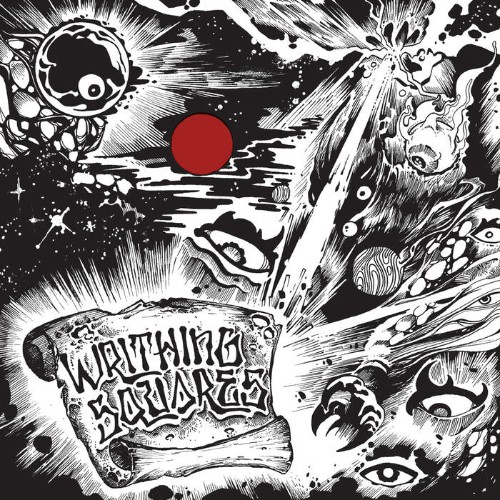 Even though Philly-based band the Writhing Squares is made up of just two people, they conjure enough layers of sonic sludge to sound not just like a large band on full power, but a wall of beautifully gnarled noise calling out from the depths of a black hole. Building on the clatter of decidedly primitive drum-machine rhythms, Daniel Provenzano's overdriven bass lines wobble and churn as his bandmate Kevin Nickles fills in any space with tentacular waves of saxophone, delay-drenched vocals and deep-fried electronics.

Their numbers are small but the sound is far from minimal. Second full-length Out of the Ether is composed of just five pieces where the band's ever-murky cosmic tripping is sounding bigger and less contained than ever before. Space rock pioneers Hawkwind are often pointed to as a frame of reference for the Writhing Squares' deeply spacey and sometimes sci-fi sound, and the repetitive, fuzzy basslines, decaying echos, and celestial synths all back that up. However, there's a lot more going on than reimagining '70s Krautrock scenes on Out of the Ether. The jittery vocals and amphetamine power-pop melodies of "Steely Eyed Missile Man" recall Devo, and Nickles' spun-out saxophone lines meshing with unrelenting bass impart the same paranoid energy of no-wave acts like Blurt or Suicide. The entire album has the same muggy, claustrophobic vibe of the Stooges' Fun House, just maybe an alternate mix where the sax noise freakout of "L.A. Blues" was more the mission statement than a closing jam. The nearly 20-minute instrumental album-closer "A Whole New Jupiter" stretches into the outer reaches of the galaxy, with passages of sax and feedback receding to reveal a brassy synth sequence threading the rhythm together. Much like the rest of the album, the songs' meditative grooves and pockets of space create a cold and mysterious world for the listener to get lost in. Even at their most meandering, the Writhing Squares' dense and hulking sound belies its own considered design. Out of the Ether is the strongest chapter of their work to date and points towards even more interesting space explorations to come. ~ AllMusic Review by Fred Thomas