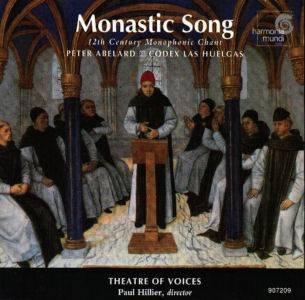 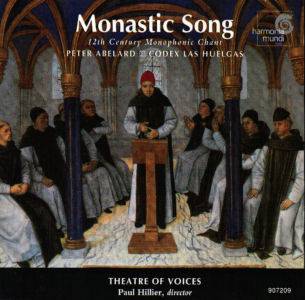 Peter Abelard - Monastic Song | 1998 | Genre: Classical, Gregorian
APE 1411 kbps | 44100 HZ Stereo | 227 MB
'While many people are familiar with the story of doomed love between 12th-century teacher and theologian Peter Abelard and his lover Heloise, few are aware that Abelard was also a musician. Among his works are numerous love songs for Heloise, a book of hymns, and a number of planctus (laments). This recording features six of Abelard's surviving religious pieces, including his famous hymn, "O quanta qualia," the text of which still appears in modern hymnals. Also on the program are four planctus taken from the magnificent Codex Las Huelgas. This lovely, atmospheric recording uses both men's and women's voices and occasionally an instrumental drone-played on a vielle, an ancient bowed instrument, to lend variety and authenticity (the music from Las Huelgas originally would have been sung by women). The performances consistently invoke a sense of the music's meditative, spiritual nature; the sound perfectly complements the flowing melodic lines.' –David Vernier


Overview of my previous uploads: My Blog