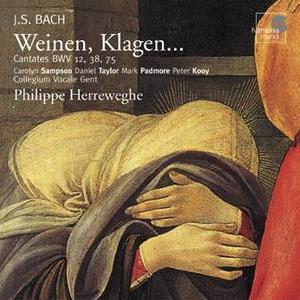 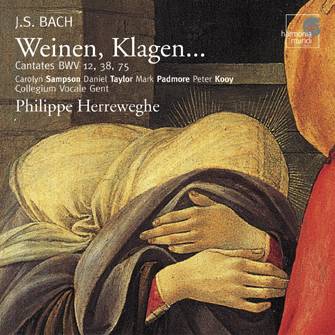 In 1723 and 1724, the congregation of the Lutheran parish church of St Thomas’s in Leipzig had ample opportunity to discover, week after week, a little more of the talent of their new Kantor, a certain Johann Sebastian Bach. Among the ‘obligatory cantatas’ that were his weekly lot were the three presented on this CD, which make use of the texts of Psalms 22 and 130 (the De profundis: ‘Out of the deep have I called unto thee’) or deal with the ‘Weeping, wailing, lamenting, fearing’ that are our everyday fare in this vale of tears. In fact this cantata BWV 12, which actually dates from considerably earlier in Bach’s career, gives a particularly doleful tone to a programme whose ultimate message will nonetheless bring succour to souls in torment . . .


Have a look at my many previous uploads at: Project Sankerib