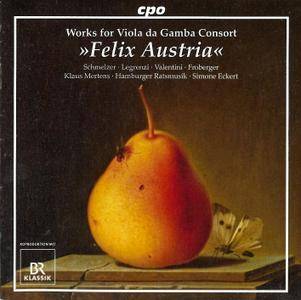 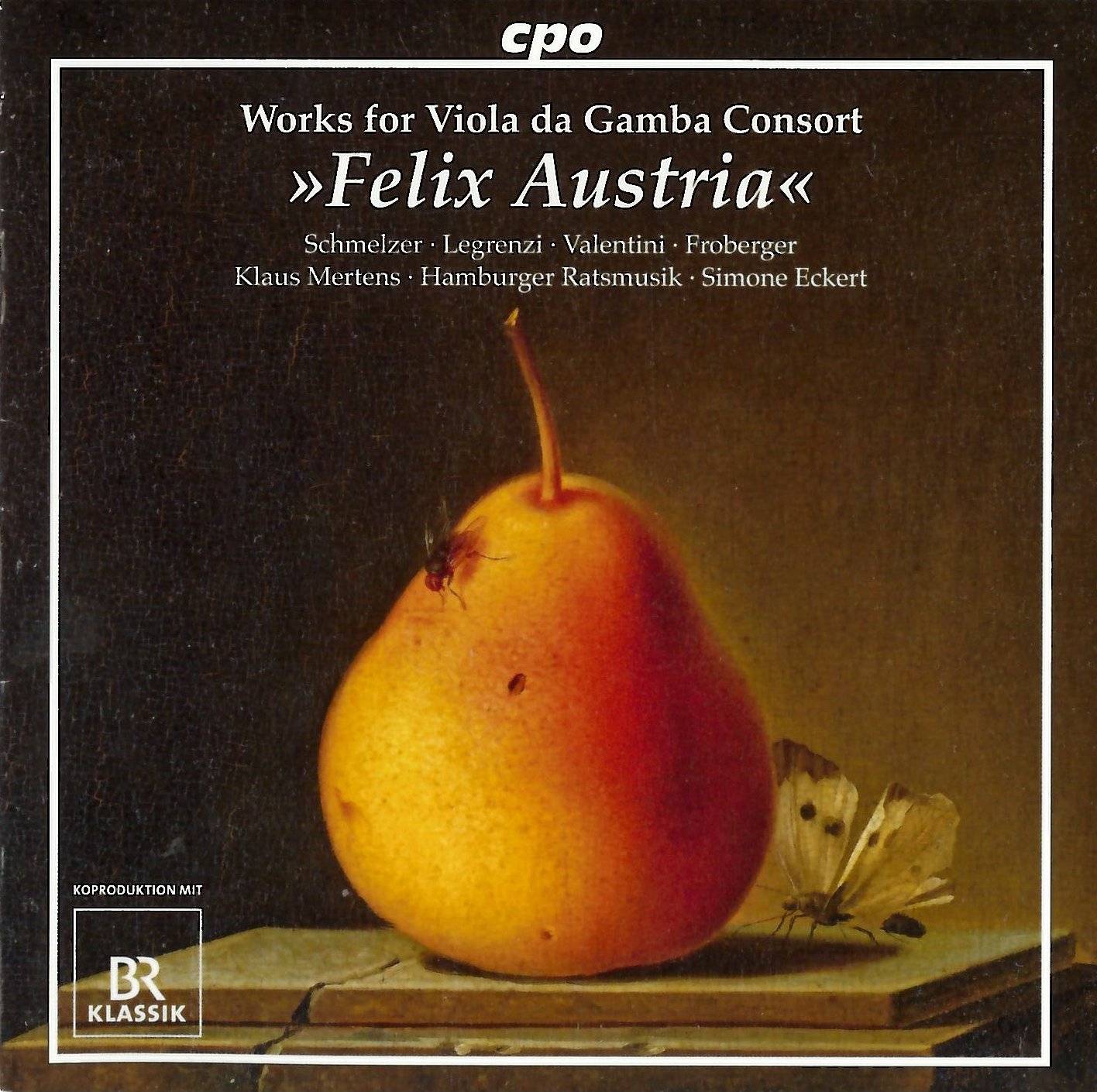 The chosen repertoire is quite remarkable. That is certainly the case with the two pieces by Giovanni Valentini. He was born in Venice, and was appointed organist at the court of Archduke Ferdinand II in Graz in 1614. When Ferdinand was elected Holy Roman Emperor in 1619 he followed him to Vienna, and in 1626 was appointed Kapellmeister. He also served the emperor's successor, Ferdinand III, whom he taught in composition. His motet In te domine speravi is written for bass, viola bastarda and bc. The viola bastarda is not an instrument, but rather a way to play the viola da gamba. In New Grove it is described as a style "which condensed a polyphonic composition (madrigal, chanson or motet) to a single line, whilst retaining the original range, and with the addition of elaborate diminutions, embellishments and new counterpoint". In this particular piece the whole range of the viola da gamba is explored. The result is a strange piece which is a kind of competition between voice and viol, with large leaps in both parts. In effect it is more a musical game than an expressive setting of a text. Klaus Mertens and Simone Eckert master their parts brilliantly.

Even more remarkable is the Sonata Enharmonica. It is based on the fact that in mean-tone tuning A sharp and B flat are not identical. In his liner-notes Michael Fuerst writes: "[The] a-sharp is considerably lower in pitch so as to produce a pure major third with the f-sharp, whereas the b-flat is higher, so as to create a pure major third when played with a d. Valentini repeats the same 2 bars of g-minor music a major third higher, in b-minor, thus juxtaposing a-sharps and b-flats within 4 bars." He adds that viols and lute can play in both pitches by splitting frets. There is no comparable solution for the organ. As here an organ is used in the basso continuo I would have liked to know how this problem was solved. Unfortunately he leaves us guessing. Anyway, it is a most peculiar piece which reflects the sense of experiment of composers in the first half of the 17th century.

Johann Jacob Froberger's music for keyboard isn't without harmonic experiments either. In particular his Capriccio XII which Michael Fuerst plays at the organ, is remarkable for its harmonic progressions. Two of Froberger's pieces are played with viol consort. These are no new discoveries: Froberger had never written music for viol consort, as far as we know. Both are arrangements of keyboard pieces. The Capriccio in G is from a manuscript preserved in the Viennese Gesellschaft der Musikfreunde. The Capriccio in F is inspired by a transcription of a Thuringian court musician, Jacob Ludwig. Apparently he found the task too difficult and stopped after a few bars. This transcription is an attempt by Michael Fuerst, and it really sounds very natural, as if it had been written for viol consort. The Suite in B flat is an arrangement of movements from two harpsichord suites by Froberger, the last of which is one of Froberger's most famous pieces. It sounds very natural on the lute, which is no surprise as lute and harpsichord are idiomatically very close.

The two sonatas by Legrenzi are also notable: the composer had never been in the service of the Imperial court, but he dedicated his op. 10 to Leopold I. The fact that the set contains two sonatas for four viols can only be explained by Leopold's preference for the viol consort. It is a bit odd that these two sonatas are played without the basso continuo which is indicated in the score. This way they seem even more old-fashioned than they are. This decision isn't explained in the liner-notes.

As already mentioned, Ferdinand III and Leopold I were also composers. The first half of the latter's Sonata is largely homophonic, and begins with sequences of ascending and descending scales, with the viols mostly playing in parallel. In the second half there are some solo episodes for the various viols, and the piece ends with a kind of dialogue between one viol and the other three. Throughout echo effects frequently appear. It is not the most interesting piece of consort music I have ever heard but for curiosity's sake it is good that it is included in the programme.

In comparison Ferdinand III seems the greater talent, but maybe the quality of his hymn Jesu Corona Virginum is also due to the composition lessons of Giovanni Valentini. It is a nice piece with five stanzas, which are separated by ritornellos of the viol consort. These are, in turn, reminiscent of the Sonata Enharmonica by Valentini, though without the harmonic experiments.

Without any doubt this is an interesting disc with some highly intriguing repertoire. Most of the pieces have never been recorded before, or - in the case of Froberger - not in this scoring for viols. Klaus Mertens sings the three vocal items with great flair, as one would expect. The Hamburger Ratsmusik is an excellent ensemble, producing a warm sound and playing with great expression. In short, this disc is a worthwhile addition to the discography. 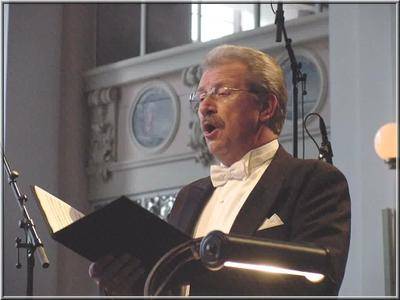 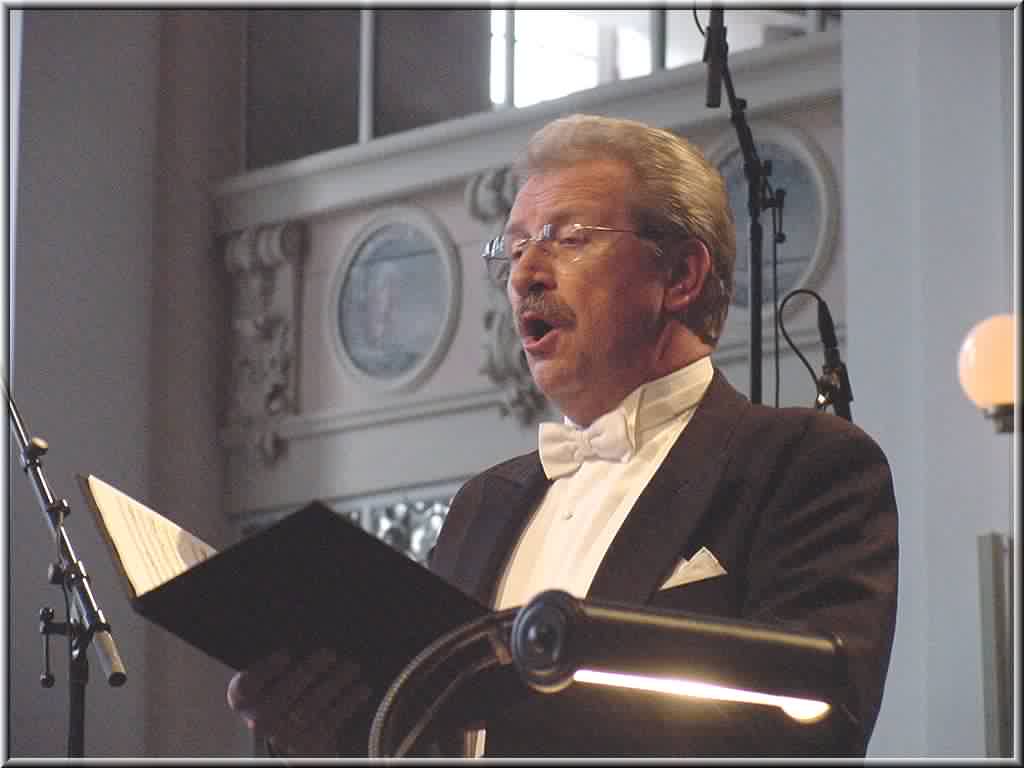 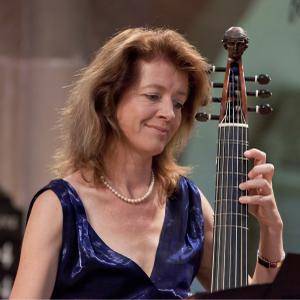 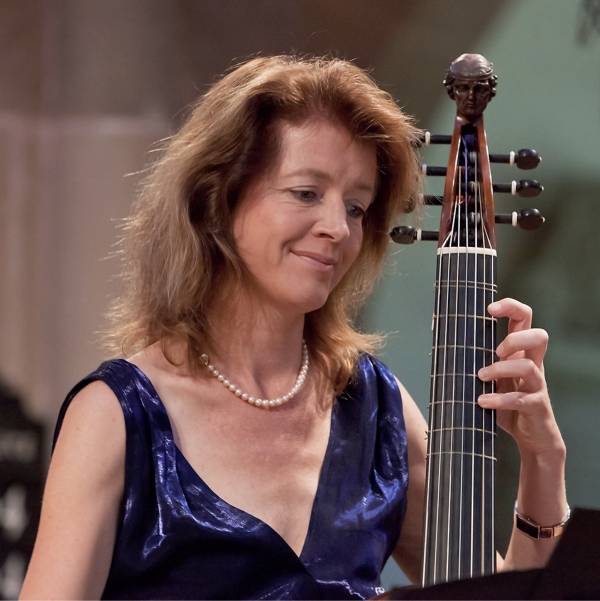 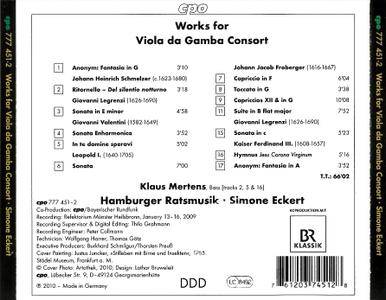 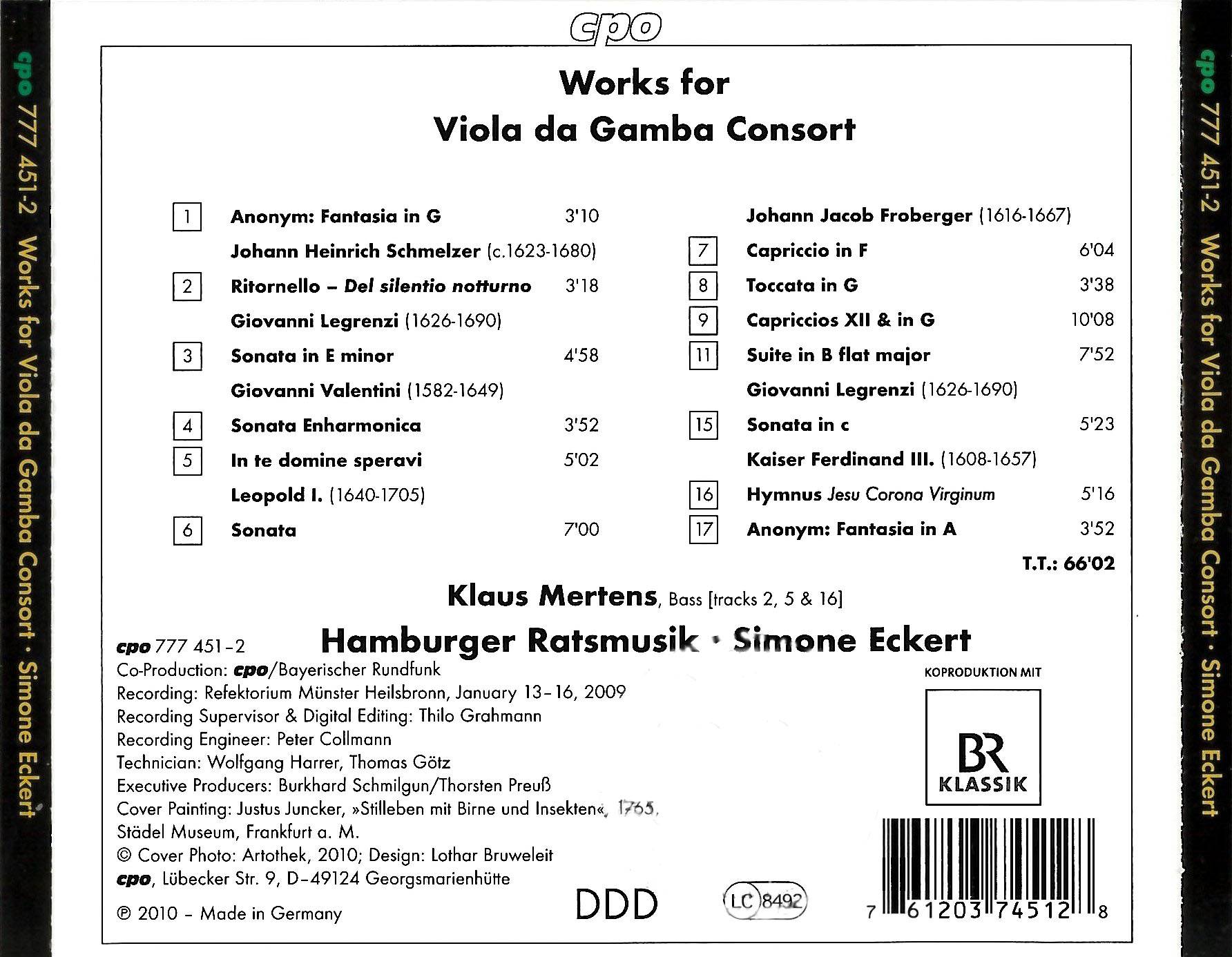