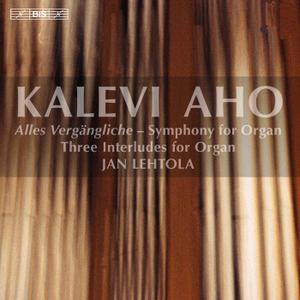 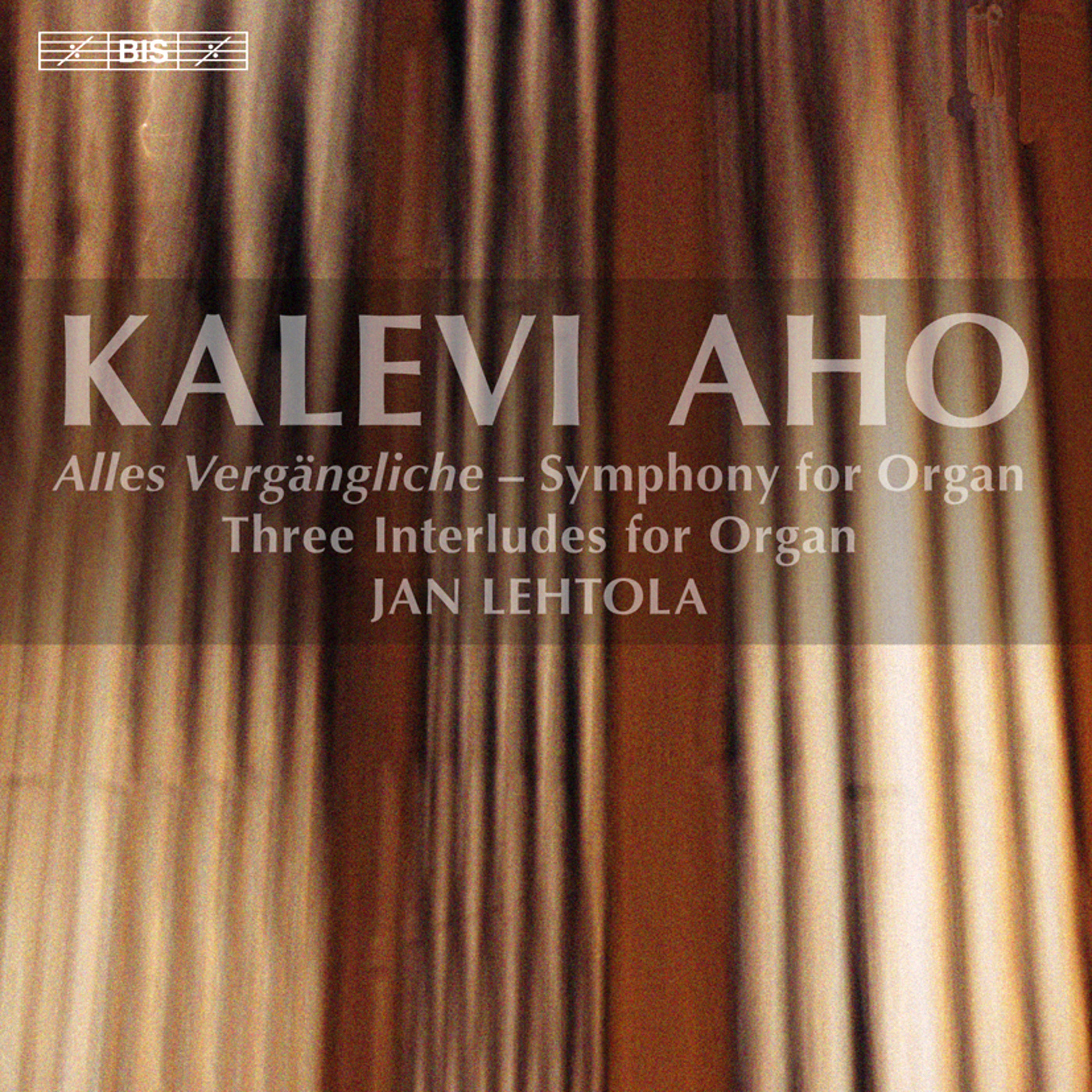 Largely known and admired for his large orchestral scores – including fifteen symphonies to date – the Finnish composer Kalevi Aho has actually written in a wide variety of genres, including chamber music and opera. He did arrive at the organ via the orchestra, however: in 1993, when composing his Eighth Symphony, he decided to let the organ feature in it as a solo instrument. Although he integrated it into the orchestra, it was also provided with three interludes between the separate movements. Encouraged to recast these into a solo work for the instrument, Aho composed a brief introduction for each interlude, functioning as a short summary of what had appeared before it in the course of the symphony. Behind the Three Interludes, and indeed the symphony, there lies a powerful experience of nature: a mid-summer journey on the Arctic Ocean, when everything, in the absence of night, was ‘bathed in an endless blue-tinged light’. Although composed 14 years later, the Symphony for Organ also owes its existence to the Eighth Symphony. After having played the organ part in a 2005 performance of that work, the Finnish organ virtuoso Jan Lehtola approached the composer urging him to write a big, multi-movement work for solo organ. Although the organ symphony has been an established genre since composers such as Charles-Marie Widor and Louis Vierne, Aho has patterned his own work on the orchestral symphony, continuing the tradition of symphonic development. All of the work’s musical material is related, and at the end of the finale a synthesis of it all is achieved, in what can best be described as a highly intricate – and virtuosic – ‘quadruple fugue’. The work’s subtitle, Alles Vergängliche (‘All that is perishable’), comes from the end of Goethe’s Faust, and alludes to the symphony’s Faustian character, reaching for the heavens, and also to its ending, as the music dies away into inaudibility.

I have been mightily impressed by much of Kalevi Aho’s work via BIS recordings, including concertos for unusual instruments. An excellent overview of these releases by Dan Morgan can be found here.

Massive works for organ can be something of a mixed blessing, but with such a track record this has to be worth taking a look at. The Three Interludes followed on from Aho’s Eighth Symphony, and these pieces are derived from the interludes in this symphony, which features the organ as a solo instrument. The first two interludes are certainly display pieces, as the composer describes, with massive sonorities growing out of exploratory counterpoint in the opening of Interlude I, and the second developing an even more orchestral sound, saving its fff volume for the approach to a climactic C major chord followed by a ruminative postlude. Interlude III is the most organ-like in its massive chord progressions, but the centre of the piece aims to make time stand still, its material unfolding over a 5-minute long sustained quiet B major chord, the notes held down by an assistant organist. This luminous sonority was suggested by the endless blue-tinged June light experienced by the composer in the Arctic.

The Symphony for Organ was written in response to a suggestion by the organist on this recording, Jan Lehtola, again after a performance of the Eighth Symphony. Acknowledging the heritage of Widor and Vierne when it comes to organ symphonies, Aho refers rather to orchestral symphonies as his model in this work, the development of the musical material having direct relationships, and a final synthesis of the entire journey appearing as a conclusion. The subtitle Alles Vergängliche, ‘All that is Perishable’, comes from Goethe’s Faust, and is an indicator of the serious intent of the work.

This is a huge piece demanding a full cathedral or concert-hall organ, and while the challenge to the listener may be noted I think a word for the organist has to be put in as well - I’m sure any performer of this piece could be wrung out and left to recover for at least a week after such a tremendous effort. The music moves and develops slowly in the first of four movements, which is a Fantasia giving the impression of improvisatory thematic freedom. This moves directly into Fugue I, the first of two and a double fugue of magnificent inventiveness. Contrapuntal clarity and intellectual rigour give way to an Adagio which forms the central axis of the work, rising as it does to a climax halfway through its 16 minute span, and even more overwhelmingly toward the conclusion of the movement.

Where to go from here? I hear you ask. Fugue II is another double fugue, but with contrasting rhythmic quirks which lead the ear into refreshingly intriguing regions. This ultimately combines with the themes of Fugue I to make a quadruple fugue, so I think a visit to the library to have a look at the score is in order for us composers. The Toccata nature of the material as it develops allows material from the other movements to become combined with all this counterpoint, but it might take a couple of listening sessions to tune your memory in to identify some of these. This is music which has a weight and span which takes a good deal of concentration to appreciate fully, but a little effort reaps its rewards, and Aho rewards us with a final coda of repose and supplication.

This is an excellent performance and recording, which places us at a realistic distance from the instrument and allowing for plenty of acoustic space while keeping enough detail to be able to follow most of the musical arguments. It must be a challenge for the engineers to strike this balance, but the organ sound - a new instrument from 2008 - is warmly expressive and rich, the SACD spread enhancing its range and colours as well as placing us in an ideal hot-seat.

Fans of Kalevi Aho will want to explore this release but I have to admit, it is something of a tough cookie if you are not so much a fan of the organ. Aho’s musical language is full of subtlety and interest and there are some magical moments, but in this case there is also a feeling of uncompromising expressionism and rising to the technical demands of creating large-scale work for a single instrument. In other words, this is less likely to be something you will bring out on a regular basis, but it most certainly is a handsome addition to the Aho catalogue. 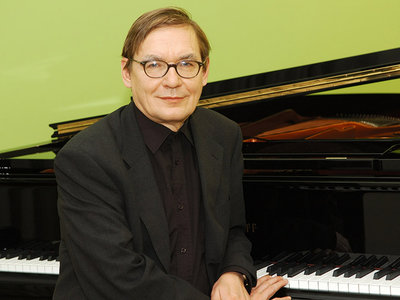 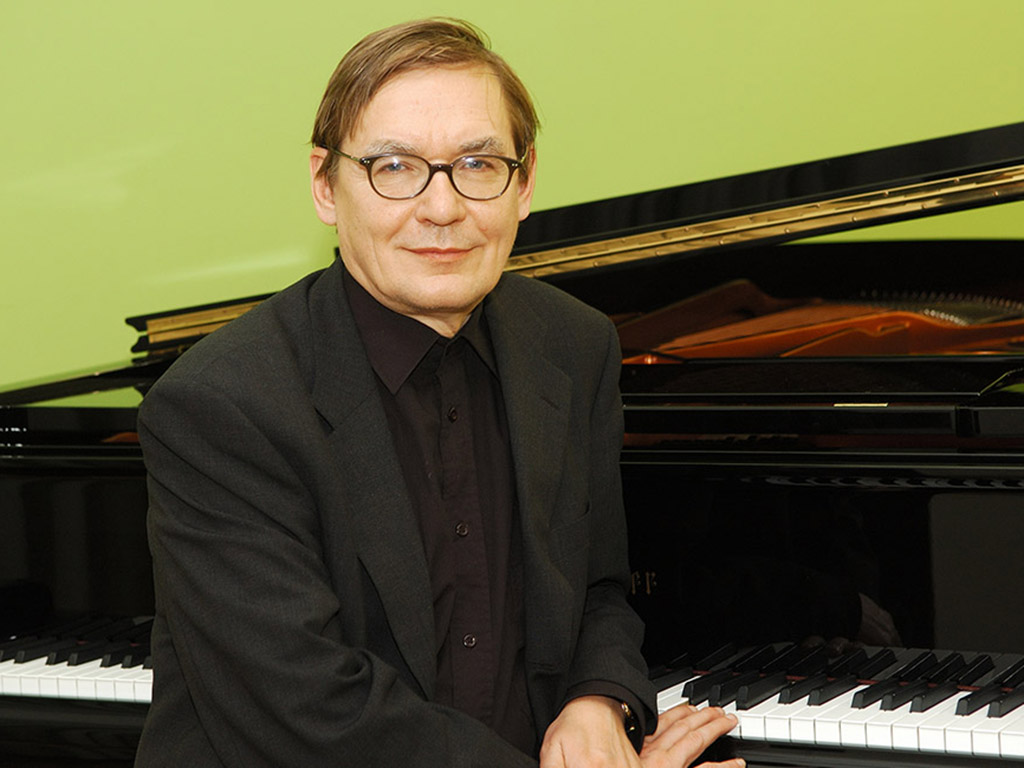 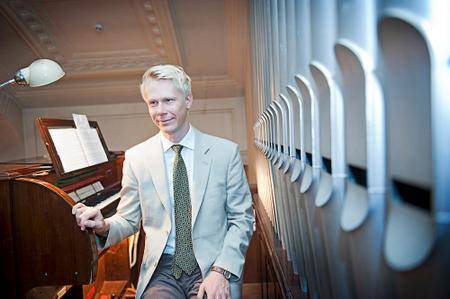 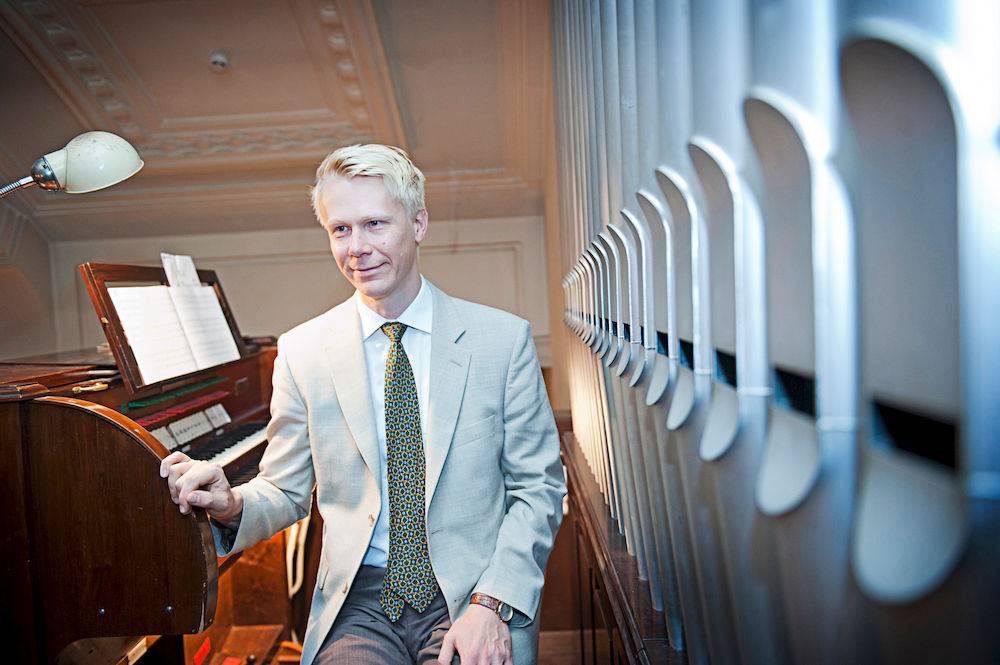 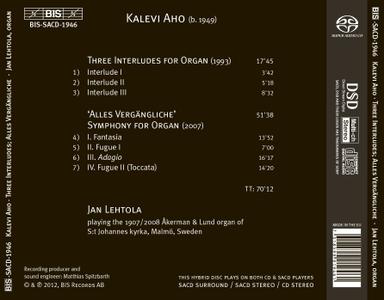 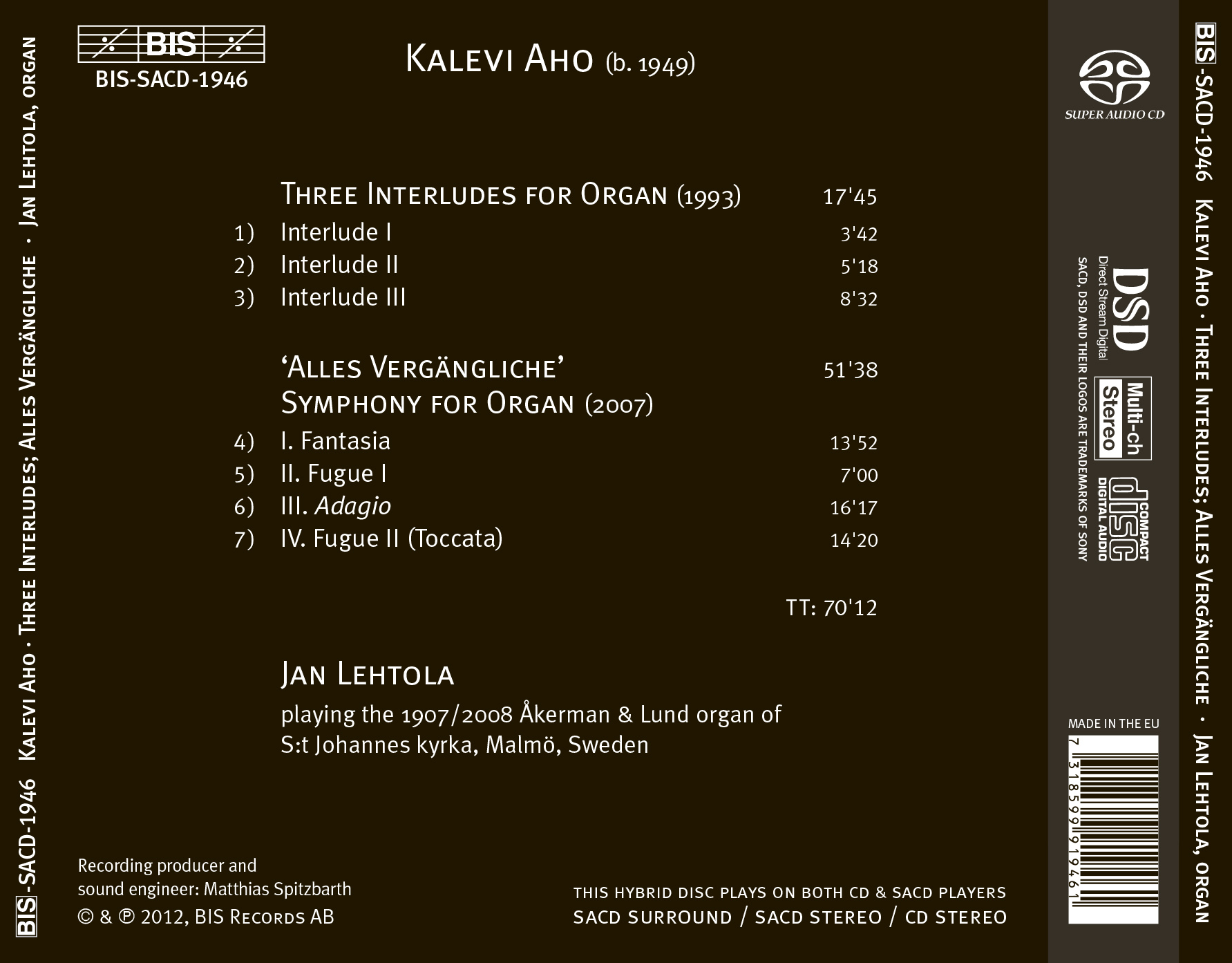