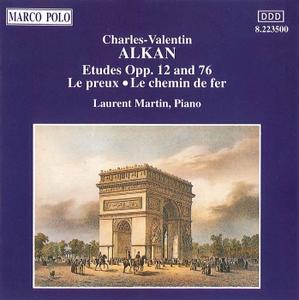 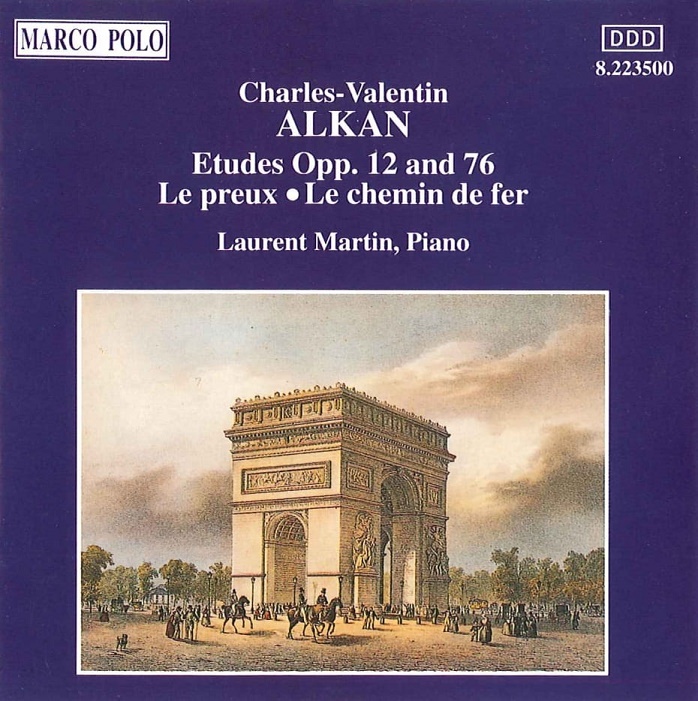 In 1837 Alkan published a series of twelve pieces, Trois études de bravoure or Improvisations, Op. 12, Trois andantes romantiques, Op. 13, Trois morceaux dans le genre pathétique, Op. 15 and Trois études de bravoure (Scherzi), Op.16. These twelve piano pieces were issued in four volumes under the general title Douze Caprices. The studies that form the first volume had the earlier title Improvisations dans le style brillant, aptly descriptive. The first of the three, with its leaping octaves and sudden modulations, opens the door to a new world, technically and musically. It is followed by a D flat major Allegretto, initially a gentle contrast, although it increases in intensity, before the wistful ending over a sustained pedal-point. The Improvisations end with a B minor March, transforming what might otherwise have seemed trite thematic material into something much more imposing.
Le preux, Op. 17, The Valiant Knight, was published in 1844, and is again a bravura concert study, offering technical challenges to the performer, something suggested already in the choice of title, with pianist as champion. Le chemin de fer, Op. 27, The Railway, was also published in 1844,celebrating in musical terms a railway journey, a relative novelty of the period and something that was to provide material over the years for a number of other composers, intrigued by the rhythm of the machine and the whistle of the engine. Railway journeys of this kind presented possible dangers, and of these Alkan is well aware, as the train gathers by speed, before coming to a halt in safety.
The Trois grandes études, Op. 76, first appeared in 1838, although they were subsequently given the opus number of a later period. The first of these formidable studies is an A flat Fantaisie for left hand alone. An introduction is developed at an increased speed, leading to an extended final section, based on a sinister theme announced in lower register octaves. The second study, a D major Introduction, variations et finale for the right hand alone, makes still greater technical demands. The opening is in the form of a solemn introduction, with just the suggestion of a well known Schubert song in its melodic contour. The gentle theme, in A major, is followed by variations that explore changes of key and texture. The gentle staccato of the first leads to a contrapuntal F major second variation, an elaborate third in C major and a fourth of astonishing virtuosity, the final variation restoring the original key of A major, before the histrionic D major Finale. Both hands reunite in the third study in C minor, an extended rondo that presses forward with the motor impetus of a rapid toccata.

Laurent Martin
Born in Lyons, Laurent Martin was a pupil of Joseph Benvenuti and Monique Haas at the Paris Conservatoire, later studying with Pierre Sancan and winning distinction in a number of international piano competitions. In 1973 he won the Maria Canals Prize in Barcelona, thereafter involving himself in chamber music and in a solo career. In addition to standard recital and concerto repertoire Laurent Martin has also paid considerable attention to unjustly neglected piano music of the 19th century by George Onslow, Alkan, Alexis de Castillon, and, from the present century, Federico Mompou. In 1988 Valéry Giscard d'Estaing bestowed on him the Auvergnat de l'année prize for his promotion of the music of George Onslow and for the creation of the Concerts de Vollore (1978) and Piano à Riom Festivals (1987). 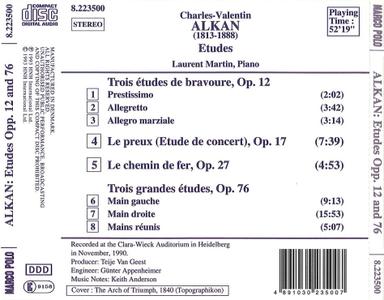 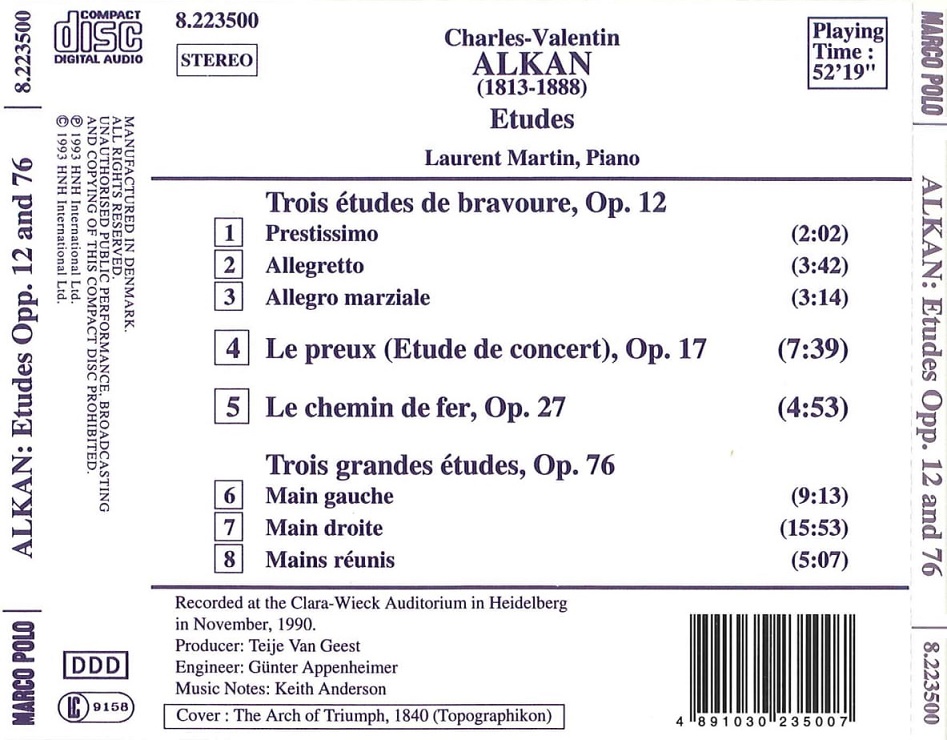