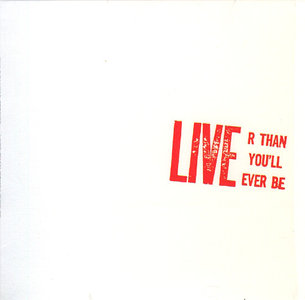 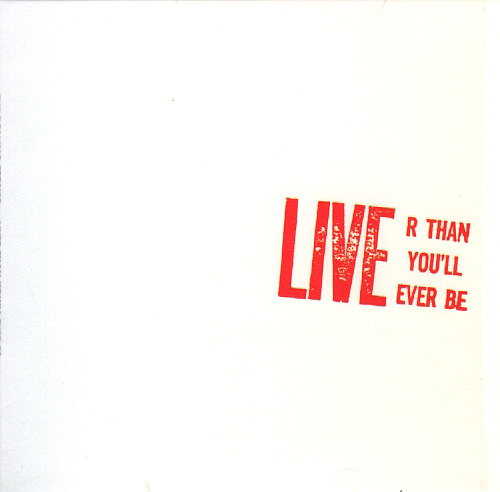 Live R Than You'll Ever Be is the 1969 bootleg album by The Rolling Stones. It has been said that this is one of the most popular bootleg albums of all time, but that may have been propaganda to sell more copies. Lurch.

Live'r Than You'll Ever Be is a bootleg recording of the Rolling Stones' concert in Oakland, California, from 9 November 1969. It was one of the first live rock music bootlegs and was made notorious as a document of their 1969 tour of the United States. The popularity of the bootleg forced the Stones' label Decca Records to release the live album Get Yer Ya-Yas Out! The Rolling Stones in Concert in 1970.[1] Live'r is also one of the earliest commercial bootleg recordings in rock history, released in December 1969, just two months after the Beatles' Kum Back and five months after Bob Dylan's Great White Wonder. Like the two earlier records, Live'r's outer sleeve is plain white, with its name stamped on in black ink.