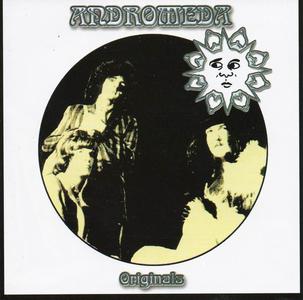 In the summer of 1968 after the demise of his last band The Attack, John Du Cann formed Andromeda. For the next year they gigged up and down the UK at clubs,Universities and prestige London venues such as The Round House and The Lyceum. Having caught the eye of the late John Peel Radio One appearances followed. John Du Cann and his colleagues recorded their first album which they presented to their then record company who promptly dropped two tracks (too long for an LP) and remixed it as the original was considered “too heavy”. The band was gutted and John moved onto Atomic Rooster - but that as they say is another story. Now released for the first time ever in its original form, remastered from the original acetates is one of the classic heavy psych, underground albums of the 60’s… 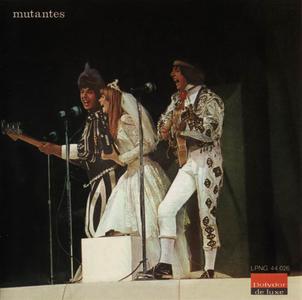 One album into their career in 1969, Mutantes showed few signs of musical burnout after turning in one of the oddest LPs released in the '60s. Similar to its predecessor, Mutantes relies on an atmosphere of experimentation and continual musical collisions, walking a fine line between innovation and pointless genre exercises. The lead track ("Dom Quixote") has the same focus on stylistic cut-and-paste as their debut LP's first track ("Panis et Circenses"). Among the band's musical contemporaries, Mutantes sounds similar only to songs like the Who's miniature suite "A Quick One While He's Away" – though done in three minutes instead of nine, and much more confusing given the language barrier. The album highlights ("Nao Va Se Perder por Ai") and ("Dois Mil e Um") come with what sounds like a typically twisted take on roots music (both Brazilian and American), complete with banjo, accordion, and twangy vocals… 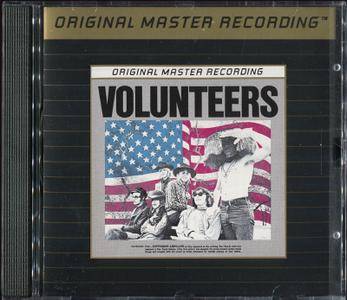 This is a record that even those who aren't Deep Purple fans can listen to two or three times in one sitting – but then, this wasn't much like any other album that the group ever issued. Actually, Deep Purple was highly prized for many years by fans of progressive rock, and for good reason… 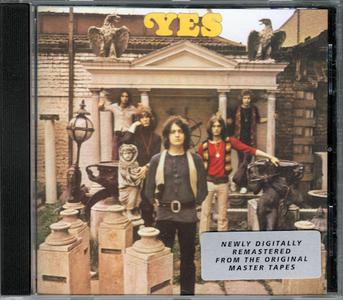 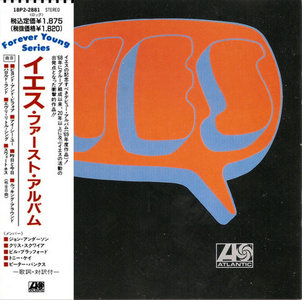 Yes' debut album is surprisingly strong, given the inexperience of all those involved at the time. In an era when psychedelic meanderings were the order of the day, Yes delivered a surprisingly focused and exciting record that covered lots of bases (perhaps too many) in presenting their sound… 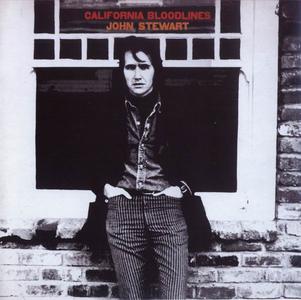 Issued in 1969, California Bloodlines is regarded by many to be singer/songwriter John Stewart's finest work. That's debatable, but it is a hell of an album. Stewart, who had finally left behind the Kingston Trio to pursue a solo career, solidified it here. Well known as the guy who wrote "Daydream Believer" for the Monkees, Stewart proved to be a credible, sometimes even enigmatic performer in his own right. Nick Venet produced California Bloodlines. He took Stewart to Nash Vegas and enlisted a host of studio cats who existed largely outside of Chet Atkins' countrypolitan mafia: drummer Kenneth A. Buttrey, bassist Norbert Putnam, harmonicat Charlie McCoy, Lloyd Green on pedal steel, and others, including the most sought-after upright pianist in country music history: Hargus "Pig" Robbins. Incidentally, many of these same musicians played on Bob Dylan's Nashville Skyline session… 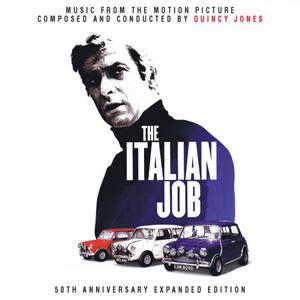 Quincy Jones - The Italian Job: 50th Anniversary Expanded Edition (1969/2019)
EAC Rip | FLAC (tracks, cue, log) - 258 MB
1:12:08 | Soundtrack | Label: Quartet Records
Quartet Records, Universal Music Group and Paramount Pictures celebrates the 50th anniversary of the iconic caper movie The Italian Job with the expanded edition of Quincy Jones explosive original score! The original album produced by George Martin at Abbey Road Studios appears freshly remastered, and the CD also includes the previously unreleased film tracks, demos, alternates and bonus material. The Italian Job is a 1969 British comedy caper film, written by Troy Kennedy Martin, produced by Michael Deeley and directed by Peter Collinson. It tells the story of Charlie Croker (Michael Caine), the leader of a cockney criminal gang released from prison with the intention of doing a "big job" in Italy to steal gold bullion from an armoured security truck. It's soundtrack was composed by Quincy Jones, and includes "On Days Like These" sung by Matt Monro over the opening credits, and "Getta Bloomin' Move On" (usually referred to as "The Self-Preservation Society", after it's chorus) during the climactic car chase. Lead actor Michael Caine is among it's singers. Packaging includes a superb 24 page full colour booklet, housed in a jewel case.
Quincy Jones 1969 2019 Soundtrack CD-Rip FLAC Lossless
Details 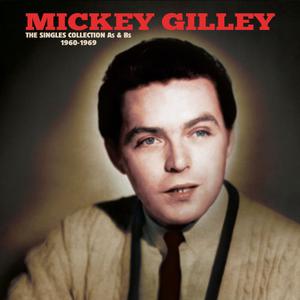 Mickey Gilley - The Singles Collection A's & B's 1960-1969 (2022)
WEB FLAC (Tracks) 182 MB | Cover | 33:18 | MP3 CBR 320 kbps | 77 MB
Folk, World, Country | Label: Goldenlane Records
A comprehensive and compelling compilation of early singles from one of rock and country's biggest pioneers and brightest luminaries, Mickey Gilley!All vintage recordings from Gilley's most productive and adventurous phase of his career as he established himself as both a singer and songwriter!Includes Gilley's first hit song, "Now I Can Live Again," from his 1967 debut album as well as such memorable tracks as "Turn Around (I'll Be Following You),"Fraulein," and more!
1960 1969 2022 Country FLAC Folk lossless MP3 CBR 320 kbps World
Details 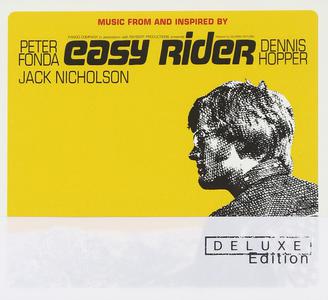 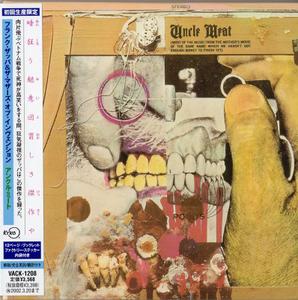 Just three years into their recording career, the Mothers of Invention released their second double album, Uncle Meat, which began life as the largely instrumental soundtrack to an unfinished film. It's essentially a transitional work, but it's a fascinating one, showcasing Frank Zappa's ever-increasing compositional dexterity and the Mothers' emerging instrumental prowess… 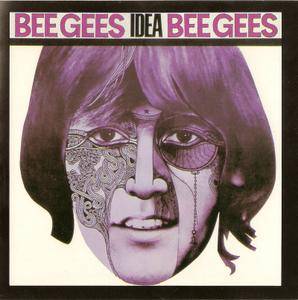 The Bee Gees' third album is something of a departure, with more of a rocking sound and with the orchestra (apart from a few well-placed harp arpeggios) somewhat less prominent in the sound mix than on their first two LPs. The two hits, "I've Gotta Get a Message to You" and "I Started a Joke," are very much of a piece with their earlier work, but on "Kitty Can," "Indian Gin and Whisky Dry," and "Such a Shame" (the latter written by the group's then lead guitarist, Vince Melouney), among other cuts, they sound much more like a working band with a cohesive group sound, rather than a harmony vocal group with accompaniment… 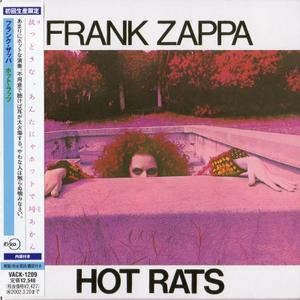 Aside from the experimental side project Lumpy Gravy, Hot Rats was the first album Frank Zappa recorded as a solo artist sans the Mothers, though he continued to employ previous musical collaborators, most notably multi-instrumentalist Ian Underwood. Other than another side project – the doo wop tribute Cruising With Ruben and the Jets – Hot Rats was also the first time Zappa focused his efforts in one general area, namely jazz-rock… 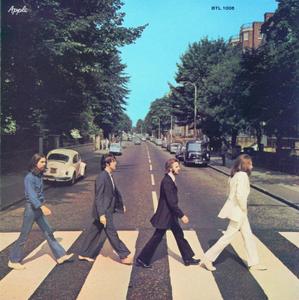 Conventional wisdom holds that the Beatles intended Abbey Road as a grand farewell, a suspicion seemingly confirmed by the elegiac note Paul McCartney strikes at the conclusion of its closing suite. It's hard not to interpret "And in the end/the love you take/is equal to the love you make" as a summation not only of Abbey Road but perhaps of the group's entire career, a lovely final sentiment… 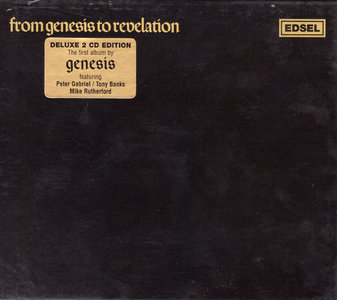 This was Genesis first album (predating "Trespass", which many assume to be their first album), and was produced by pop music impresario Jonathan King. King's influence is strong, with strings overlaid on many of the short, pop orientated songs….