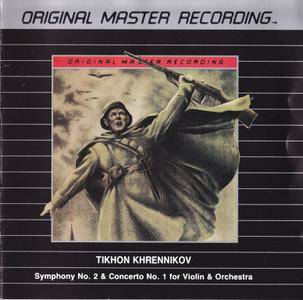 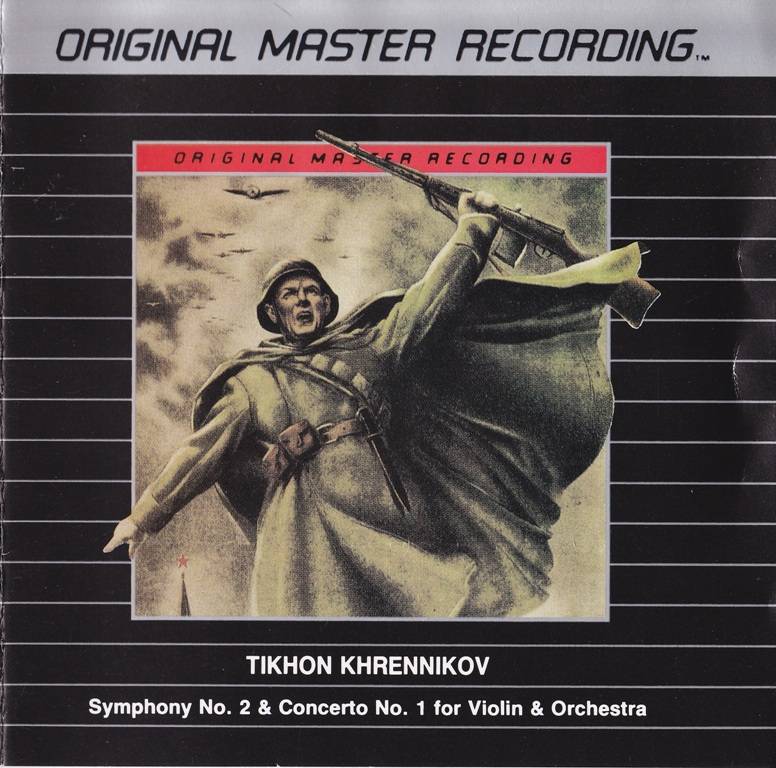 During the 1930s, Khrennikov was already being hailed as a leading official Soviet composer. In 1948, Andrei Zhdanov, the leader of the anti-formalism campaign, nominated Khrennikov as Secretary of the Union of Soviet Composers. He held this influential post until the collapse of the Soviet Union in 1991.

Tikhon Khrennikov was a Soviet critic who was alive during the time of Khachaturian and Shostakovich. He was also a composer himself. The music on this CD represents the Soviet ideals of power and beauty. He was a lesser composer than Shostakovich and his 2nd symphony maybe be only marginally better than Khachaturian's. Of course Khachaturian was a composer not known for his symphonies. He was known more for ballet and went it did come to something of orchestral showpieces his piano concerto or violin concerto are of higher quality. The Khrennikov 2nd equal would probably be closer to that of Shostakovich's 12th symphony "The Year 1917." It is a substantial work in four movements taking up more than half an hour to perform.
The Violin Concerto No.1 is not so obviously bravura to the ear. It is substantial for a concerto, but neither the concerto or the symphony have any real memorable themes although they are conventional and perhaps if I may be so critical of the Soviet critic banal and bombastic to some extent.

Evgeny Svetlanov and the USSR Symphony Orchestra are what save this CD. There playing is convincing enough to make me a believer out of this music which rings just a little bit hollow on substance. The real art if there is any to Khrennikov is that he does not over stay his welcome. That at least if the material is thin that it not spun out forever like Shostakovich's 12th. Leonid Kogan is the violin soloist in the concerto. If you are not familiar with Kogan he is a devilish virtuoso who could take on just about anything you can throw at him. I would say that he doesn't even have to work hard to get results in this Violin Concerto No.1.

The five stars is for this issue which is a rare look at an interesting character otherwise and for the remarkable performance of Russian violinist, Russian orchestra, and Russian conductor who do more than justice to the music of one their countryman. 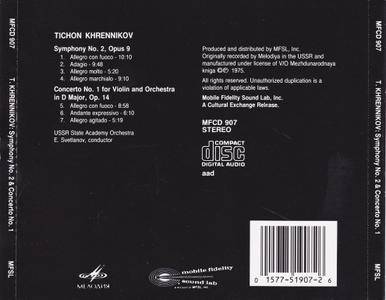 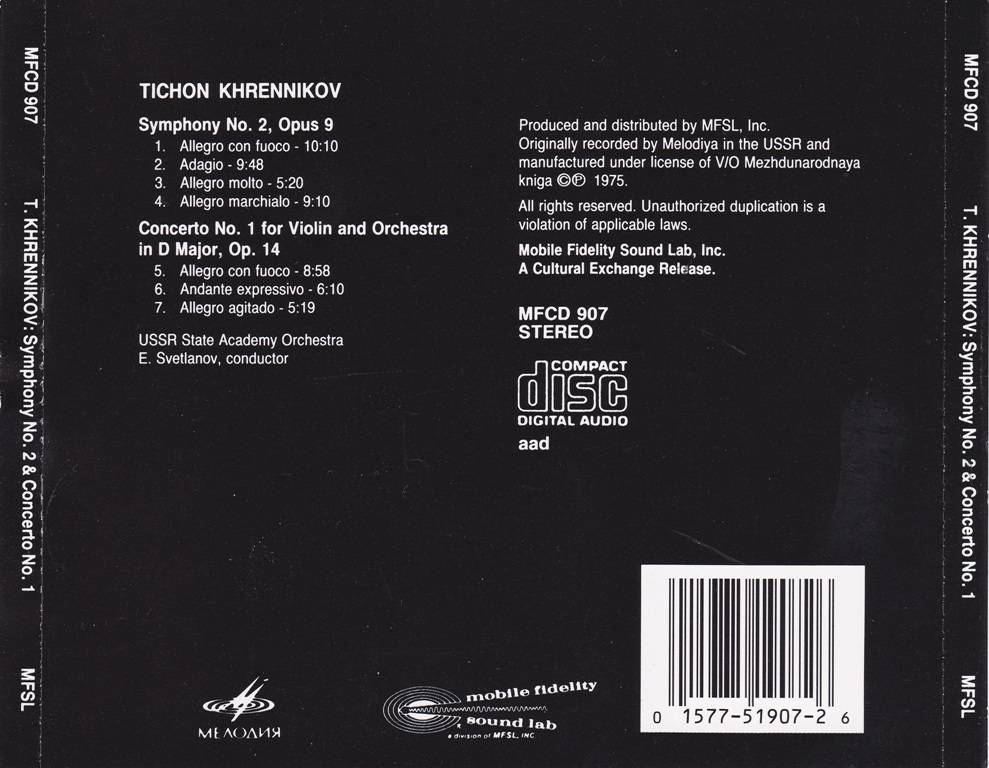