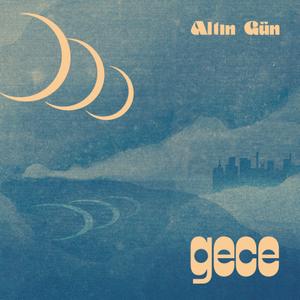 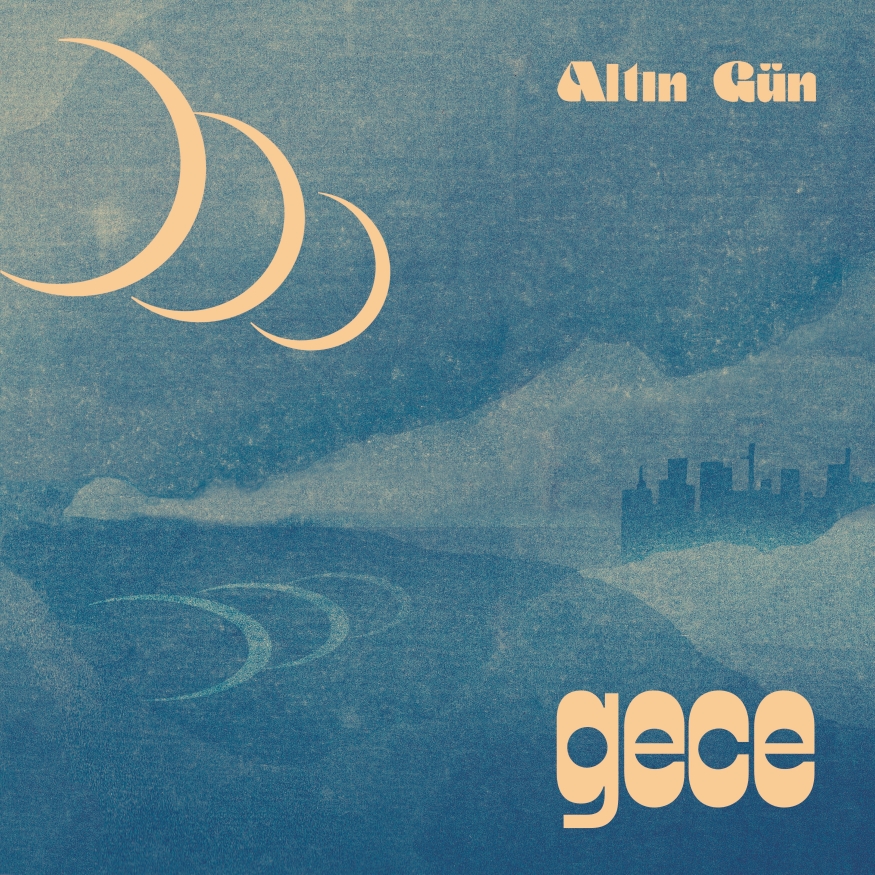 Following their hotly tipped 2018 debut album “On” – Altın Gün returns with an exhilarating second album. “Gece” firmly establishes the band as essential interpreters of the Anatolian rock and folk legacy and as a leading voice in the emergent global psych-rock scene. Explosive, funky and transcendent.

The world is rarely what it seems. A quick glance doesn’t always reveal the full truth. To find that, you need to burrow deeper. Listen to Altın Gün, for example: they sound utterly Turkish, but only one of the Netherlands based band’s six members was actually born there. And while their new album, Gece, is absolutely electric, filled with funk-like grooves and explosive psychedelic textures, what they play – by their own estimation – is folk music.

“It really is,” insists band founder and bass player Jasper Verhulst. “The songs come out of a long tradition. This is music that tries to be a voice for a lot of other people.”

While most of the material here has been a familiar part of Turkish life for many years – some of it associated with the late national icon Neşet Ertaş – it’s definitely never been heard like this before. This music is electric Turkish history, shot through with a heady buzz of 21st century intensity. Pumping, flowing, a new and leading voice in the emergent global psych scene.

“We do have a weak spot for the music of the late ‘60s and ‘70s,” Verhulst admits. “With all the instruments and effects that arrived then, it was an exciting time. Everything was new, and it still feels fresh. We’re not trying to copy it, but these are the sounds we like and we’re trying to make them our own.”

And what they create really is theirs. Altın Gün radically reimagine an entire tradition. The electric saz (a three-string Turkish lute) and voice of Erdinç Ecevit (who has Turkish roots) is urgent and immediately distinctive, while keyboards, guitar, bass, drums, and percussion power the surging rhythms and Merve Daşdemir (born and raised in Istanbul) sings with the mesmerizing power of a young Grace Slick. This isn’t music that seduces the listener: it demands attention.

Altın Gün – the name translates as “golden day” – are focused, relentless and absolutely assured in what they do. What is remarkable is the band has only existed for two years and didn’t play in public until November 2017; now they have almost 200 shows under their belt. It all grew from Verhulst’s obsession with Turkish music. He’d been aware of it for some time but a trip to Istanbul while playing in another band gave him the chance to discover so much more. But Verhulst wasn’t content to just listen, he had a vision for what the music could be. And Altın Gün was born.

“For me, finding out about this music is crate digging,” he admits. “None of it is widely available in the Netherlands. Of course, since our singers are Turkish, they know many of these pieces. All this is part of the country’s musical past, their heritage, like ‘House of The Rising Sun’ is in America.” As Verhulst delves deeper and deeper into old Turkish music, he’s constantly seeking out things that grab his ear.

“I’m listening for something we can change and make into our own. You have to understand that most of these songs have had hundreds of different interpretations over the years. We need something that will make people stop and listen, as if it’s the first time they’ve heard it.”

It’s a testament to Altın Gün’s work and vision that everything on Gece sounds so cohesive. They bring together music from many different Anatolian sources (the only original is the improvised piece “Şoför Bey”) so that it bristles with the power and tightness of a rock band; echoing new textures and radiating a spectrum of vibrant color (ironic, as gece means “night” in Turkish). It’s the sound of a band both committed to its sources and excitedly transforming them. It’s the sound of Altın Gün. Incandescent and sweltering.

Creating the band’s sound is very much a collaborative process, Verhulst explains.
“Sometimes me or the singer will come in with a demo of our ideas. Sometimes an idea will just come up and we’ll work on it together at rehearsals. However we start, it’s always finished by the whole band. We can feel very quickly if it’s going to work, if this is really our song.”

Just how Altın Gün can collectively spark and burn is evident in the YouTube concert video they made for the legendary Seattle radio station KEXP. In just under 20 minutes they set out their irresistible manifesto for an electrified, contemporary Turkish folk rock. It’s utterly compelling. And with around 800,000 views, it has helped make them known around the world.

“It certainly got us a lot of attention,” Verhulst agrees. “I think a lot of that interest originally came from Turkey, plenty of people there shared it.”

That might be how it began, but it’s not the whole tale. The waves have spread far beyond the Bosphorus. What started out as a deep passion for Turkish folk and psychedelia has taken on a resonance that now travels widely. The band has played all over Europe, has ventured to Turkey and Australia and will soon bring their music to North America for the first time.

“Not a lot of other bands are doing what we do,” he says, “playing songs in that style and seeing folk music in the same way.”