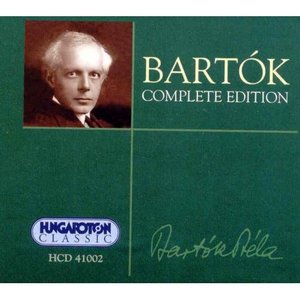 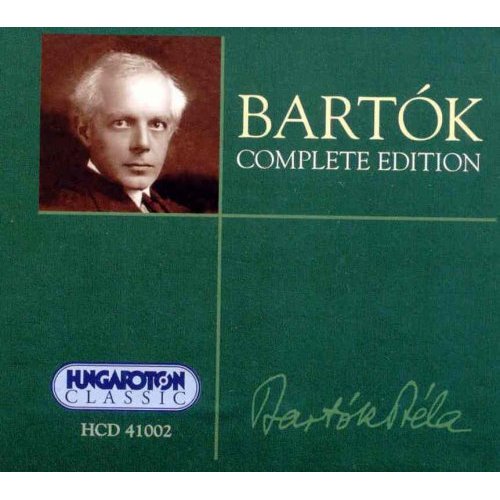 Béla Bartók was one of the leading Hungarian and European composers of his time, proficient also as a pianist. He joined his friend Zoltán Kodály in the collection of folk-music in Hungary and neighbouring regions, including, in his case, Anatolia. His work in this field deeply influenced his own style of composition, which is, however, very much more astringent in its apparent mathematical organisation than much of what Kodály wrote. He was out of sympathy with the government that replaced the immediate post-1918 republic in Hungary, where he was held in less official esteem than abroad, and moved in 1940 to the United States, dying there in relatively straitened circumstances in 1945.

This set features every single (known) composition by the great Hungarian master Béla Bartók. From the orchestral works and the choral works to the piano works and the chamber works: Everything is here, including very rare works never before recorded.< Although there are certainly superior performances of singular works, the set, as a whole, is very near a definitive presentation of Bartók's output. Another bonus is that, as far as I can tell, all of the music is performed by Hungarian orchestras and musicians, so you'll get a very authentic Hungarian 'sound'. Especially good is the choral works and piano works, I think. The set also comes with extensive liner notes to each work, and texts to all of the choral works.