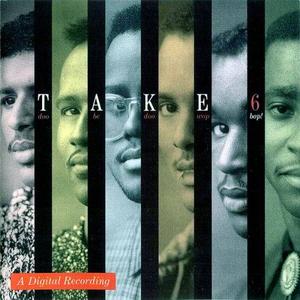 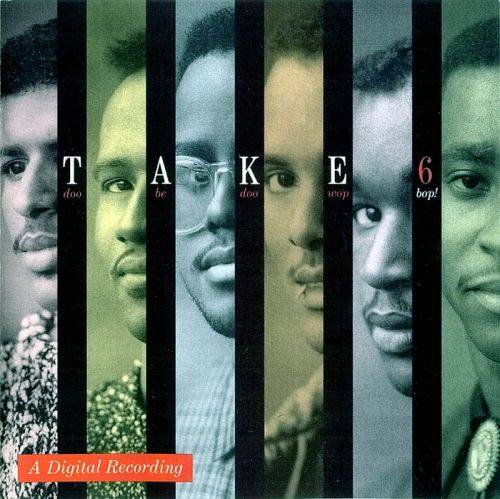 
Biography by Richard S. Ginell
With its roots in gospel, doo wop, and the sophisticated jazz-influenced singing groups of mid-century America like the Hi-Los, the a cappella vocal group Take 6 is both a throwback to an earlier, more genteel era of American music and a precursor for a number of black male pop groups of the '90s (most notably Boyz II Men). Its members include David Thomas, Alvin Chea, Cedric Dent, Mark Kibble, Claude V. McKnight III, and Joey Kibble (who replaced Mervyn Warren). McKnight and Mark Kibble caught the a cappella bug at Alabama's Oakwood College in the early '80s, forming a vocal group that solidified into Take 6 when singer/arranger Warren joined up in 1985. They signed a pact with the Reunion label in 1988, recording arrangements of Negro spirituals and newly composed material on their first album, Doo Be Doo Wop Bop! They were quickly picked up by Warner Bros.' Reprise label, for whom they started making smooth yet vocally adventuresome albums that defy pigeonholing other than the all-purpose a cappella label. Take 6 has also recorded Christmas carols, toured with Al Jarreau, appeared on Quincy Jones' all-star Back on the Block album, and on Join the Band (1994) they used instrumental backing for the first time. However, 1996's Brothers album indicated a turn toward commercial, sound-alike soul music that threatened to rob Take 6 of its unique identity. So Cool followed in 1998, with We Wish You a Merry Christmas appearing a year later. The new millennium was a time of rejuvenation. Beautiful World, released in April 2002, showcased an incredible instrumentation and Take 6's new musical approach.