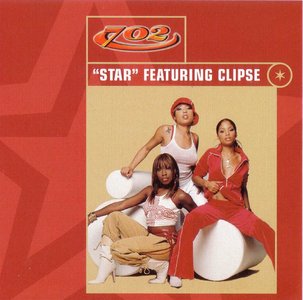 "Star" was the last hit single by female soul group from Las Vegas, 702 (seven-oh-two). The song was produced by The Neptunes (Pharrell Williams and Chad Hugo) and features Clipse on rap vocals. This CD single also features excerpts from 702's album Star and a then-newly signed artist to Motown named Latif. He has three snippets on this disc too. His career went nowhere after the release of his first and only album for Motown.