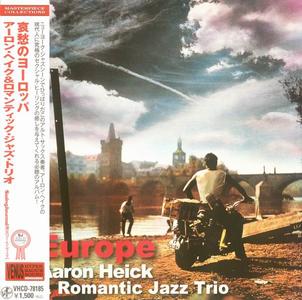 Sometimes it takes extremely talented and worthy musicians a long time before releasing an album in which they lead. Some of the musicians never do. Luckily, Aaron Heick got together with the Japanese label Venus Records to release his first album under his own moniker. Easily one of the best modern alto saxophonists in the United States, Heick has performed and recorded with stars such as Chaka Khan, Barbra Streisand, Paul Simon, Frank Sinatra, and Richard Bona. In this one-horn quartet setting with the extraordinary John di Martino and his Romantic Jazz Trio, Heick shows his phenomenal technique, solid sound, and emotionally charged soulfulness. Some of the selections on this album include Carlos Santana's "Europe," flutist Herbie Mann's funky "Comin' Home, Baby," a song by the Beatles "And I Love Her," and the evocative "Infant Eyes," written by Wayne Shorter. There are also two original compositions by Heick himself.