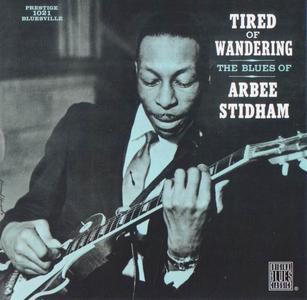 Over the years, the term R&B has been used to describe everything from the 1950s doo wop of the Five Satins to the hip-hop-influenced urban contemporary of Erykah Badu and R. Kelly - in other words, a variety of African-American popular music with roots in the blues. Arbee Stidham was exactly the sort of singer who thrived in the R&B or "race" market after World War II; although essentially a bluesman, he wasn't a blues purist who embraced the 12-bar format 100 percent of the time. But his mixture of blues, jazz, and gospel made him quite popular among what were considered rhythm & blues audiences in the 1940s and 1950s. Recorded for Prestige's Bluesville label in 1960 - eight years before Stidham's death - Tired of Wandering is among his finest albums…