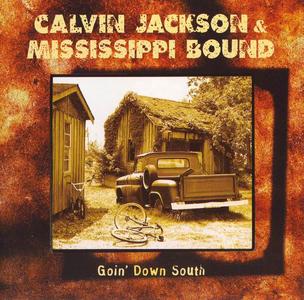 Calvin Jackson (1961-2015) was an American drummer from north Mississippi. He is considered an innovator in the Hill country blues style of drumming, having incorporated elements of the regional Fife and drum bands style in the blues band setting.
In 1999 he released the only album under his own name, Calvin Jackson & Mississippi Bound's Goin' Down South. For this effort Jackson covered songs by such obvious influences as Mississippi Fred McDowell plus added his original complaints to this whining, fussing genre such as "Hard to Get Along" and "It's Gonna Rain". The album was nominated for a Blues Music Award in the category of "Best New Artist Debut".