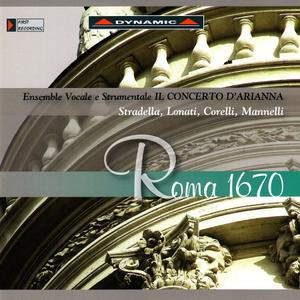 Queen Christina of Sweden was a lavish patron of music in her own kingdom - initially she mainly extended her patronage to French musicians but from 1652 it was largely Italian musicians whom she brought to her court in Stockholm. Having secretly converted to Catholicism, Christina abdicated in June of 1654 and almost immediately left Sweden - most of her valuable library had been smuggled out earlier - and made her way to Rome, her journey there seeming at times to be effectively a series of triumphal processions; there’s a fine account of all these events in Veronica Buckley’s Christina. Once established in Rome - where her arrival was greeted by special musical performances in the Palazzo Barberini, the Palazzo Pamphili and elsewhere - she soon became one of the city’s most active patrons of literature and music.