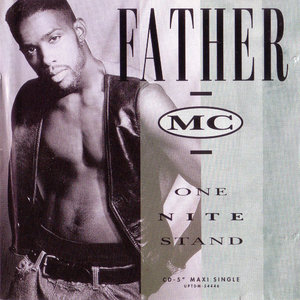 "One Nite Stand" was Father M.C.'s first single from his 1992 CD Close To You album. Just as "I Do For You" featured single Mary J. Blige before she became famous, she appears again doing background vocals in "One Nite Stand", now as an artist with success from her debut CD. This CD single features four different mixes of the song. This was released on Uptown via MCA.