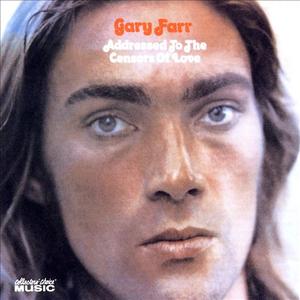 BAddressed To The Censors Of Love is the 1972 album by British folk/blues singer Gary Farr. Originally released by Atco Records, this was remastered in 2006 by Collectors' Choice Music.