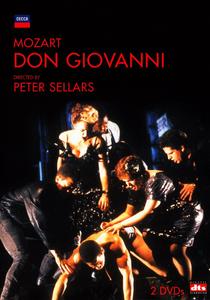 At the age of 27 Peter Sellars was hailed as a wunderkind of the U.S. theater and was already the general manager of the American National Theater in Washington's Kennedy Center. In his productions, Sellars brings out the timelessness and topicality of the works with such naturalness that he arouses interest around the world and stimulates lively discussions as to whether he is brilliantly modernizing the works or brutally maiming them. Besides "Don Giovanni," Sellars has also staged "Le nozze di Figaro" and "Cosi fan tutte" and moved their stories to present-day New York, whereby, however, he invented a new world for each opera.